Starz series Outlander saw the return of Young Ian Murray (played by John Bell) in season five. The young Scotsman returned to Fraser’s Ridge after a year away after he traded places with Roger MacKenzie (Richard Rankin) and joined the Mohawk Native American tribe. While Jamie (Sam Heughan) and Claire Fraser (Caitriona Balfe) were excited to see him, Young Ian seemed a shadow of his former self.

To make matters worse, Young Ian was visibly afflicted by a deep sadness and refused to talk to anyone about what was going on.

The dinner scene, particularly, saw stilted conversation between the Frasers after Marsali Fraser (Lauren Lyle) was curious to know about Young Ian’s time away.

Sadly, his gave her a muted response and didn’t wish to discuss the issue any further, creating much awkwardness between the family.

Speaking on the Outlander: End of Summer series recently, actor Bell reflected on the scene, saying: “It was a strange one because of course it was the return of Young Ian and here were are as a family trying to enjoy ourselves and he’s so lost in his own world that even the food that we’re presenting to each other isn’t even able to break down the barriers. 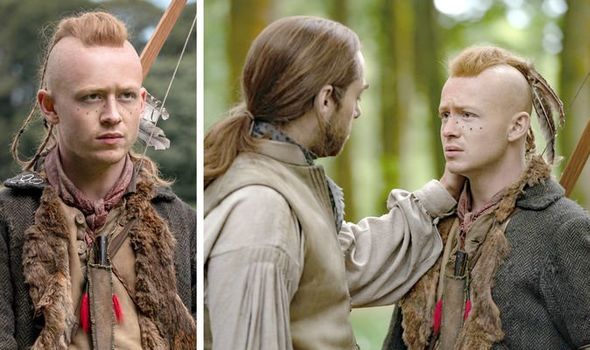 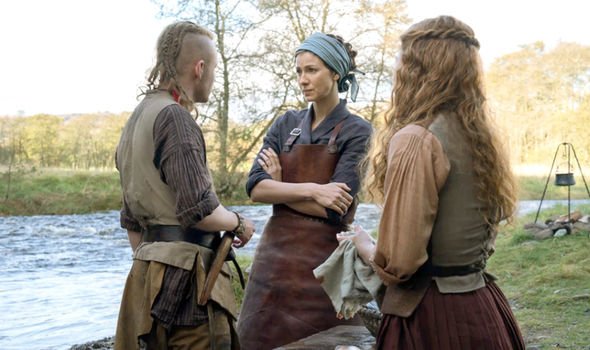 “So, it was almost like the moment when the cameras would cut and we would go back to ourselves and just chatting about the food and having a good time. It was this weird comparison.”

Season six will be taking its cue from Diana Gabaldon’s novel A Breath of Snow and Ashes which will be shedding further light on Young Ian’s backstory.

However, those who have read the books will know all about the source of Young Ian’s anguish, namely his failed marriage with a Native American woman Wakyo’teyehsnonhsa or “Emily”.

Young Ian wed Emily and the couple had a daughter but sadly the child perished, and he blamed himself for the death. 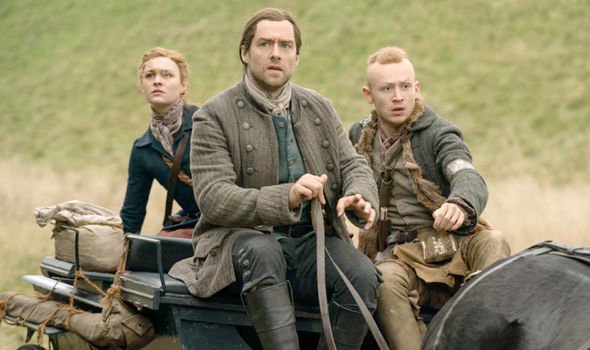 They also suffered several miscarriages, which put a further strain on their marriage and Young Ian left after it was suggested by Tewaktenyonh.

All of this is likely to be explored further in season six, although it was alluded to in the fifth outing after Young Ian stopped Roger from taking his own life.

Young Ian questioned Roger over why he would want to die given he had a family and a child to care for.

In the books, the character later finds some closure after talking to his aunt Claire about his ability to have children. 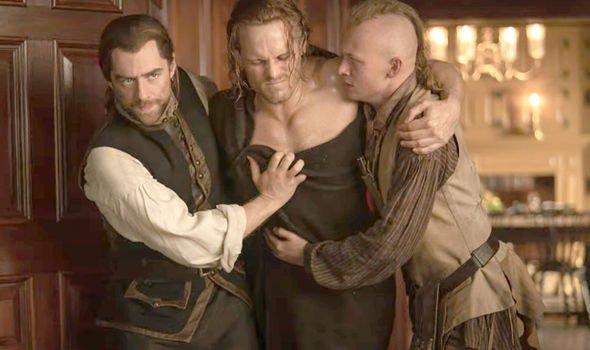 Additionally, he will seek out his ex-wife Emily with the pair speaking about their marriage.

This moment will allow Ian to move on with his life and leave his time with the Mohawk behind him.

But the road to love for Young Ian won’t be an easy one as the star faces many trials and tribulations along the way.

In true Outlander style, there will be many ups and downs for Young Ian as he tries to find the right person.

Outlander author Gabaldon also teased viewers would see more with Young Ian’s time with the Mohawk in the forthcoming ninth book in the series.

Season six will also continue to deal with the fallout from Claire’s sexual assault.

While Roger and Brianna MacKenzie (Sophie Skelton) will contend with their lives in the past after making the decision to stay rather than return to the future.

There will be more from the American Revolutionary War which will bring the conflict to Fraser’s Ridge.