Fans will know Jamie (played by Sam Heughan) was stuck out in the forest with his son-in-law Roger MacKenzie (Richard Rankin). Throughout Outlander, Jamie has not held Roger in high regard, especially as he blamed the professor for his daughter Brianna’s (Sophie Skelton) rape as he left her alone in Wilmington. But the snake bite helped Jamie see Roger in a new light.

Speaking at PaleyFest LA, actor Sam opened up on the episode which saw Jamie and Roger grow closer and detailed a “grotesque” element of the storyline.

He explained: “So coming off the back of one of probably the strongest storylines I think Jamie’s had, which possibly wasn’t in Diana’s books but it’s definitely in her world, one of the times that we detoured from that but I think was really rewarding for myself and fans was the death of Jamie’s godfather Murtagh.

“For me that was a really big moment and I think for Jamie it was a big moment and actually for the family, the repercussions are felt for many episodes afterwards.

“The snake bite, here we are it’s outlander and there’s another challenge.” 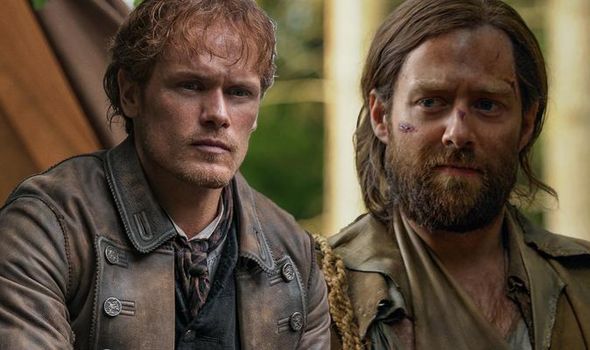 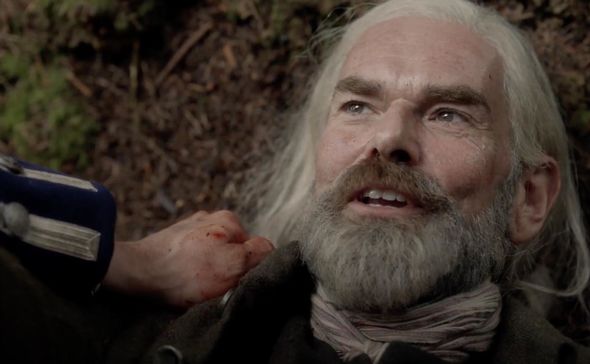 Sam continued: “There’s a really strong moment where Jamie has confront his own mortality.

“Just going back to what Caitriona [Balfe] said about the people that work in the background, so we worked with the make up department.

“The make up department is equally as sort of in depth and hardworking as the other departments and we have all of these amazing surgeries or grotesque prosthetics that we have to wear.

“Just to be part of that conversation, to talk about, what does it look like? 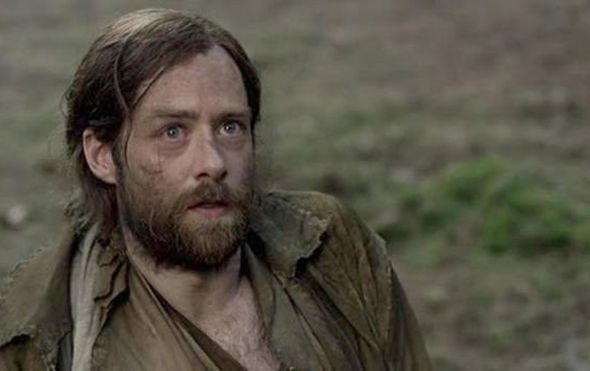 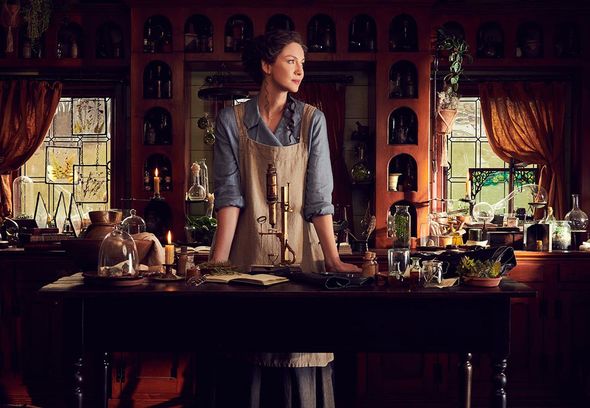 “We have these really amazing prosthetics that we used throughout that story.”

He went on: “Jamie finds himself alone in the forest with the man who he thinks is probably not worthy of being his daughter’s a husband.

“A man that he thinks is not suited to this world and time period and he’s confronted that.”

Sam concluded: “Actually he’s surprised by Roger’s fortitude, his own unique way of looking at the world .”

Fans will remember Roger dragged Jamie back to Fraser’s Ridge where his wife Claire (Caitriona Balfe) did everything in her power to stop him from dying.

Viewers were given close-up views of Jamie’s wound as they tried to stop the snake’s poison from spreading.

They also got a front row seat to Claire’s decision to try and bring her husband back from the dead by performing a sex act.

Sam has had to work closely with the make up department throughout his time on Outlander.

Fans will remember there were several instances in season one where they caught glimpses of the horrendous scars on his back from where he was tortured by Captain Jack Randall (Tobias Menzies).

However, viewers haven’t seen Jamie’s scars for quite some time as he hasn’t shown his bare back too much recently.