Ozark spoilers: Helen Pierce return ‘confirmed’ after huge showrunner clue ‘Can do that!’

Ozark is no stranger to catching its fans off-guard by killing off some of its biggest characters during its three-season run on Netflix. From cartel honcho Del (Esai Morales) to Ben Davis (Tom Pelphrey), Ozark viewers have bid farewell to some of their best-loved figures. And while Helen Pierce (Janet McTeer) may not have been everyone’s cup of tea, she still proved an integral part to the storyline, making her death at the hand of Nelson (Nelson Bonilla) all the more shocking.

Under the illusion she’d managed to scam the Byrdes out of the Navarro Cartel’s business, Helen was completely off-guard when her fate was sealed.

Marty (Jason Bateman) and Wendy Byrde (Laura Linney) accompanied her to Mexico to meet cartel boss Omar Navarro (Felix Solis) and in Helen’s mind, it was for the two to pbe taken out the picture.

The tables quickly turned when it transpired Omar appeared to know about Helen’s shady ways as he had Nelson kill her in front of the Byrdes, cementing the husband and wife money-laundering duo as two of his most valuable assets.

And while this is more than a comprehensive end to Helen’s plot arc, lead star Bateman and showrunner Chris Mundy have hinted fans still haven’t seen the last of Helen. 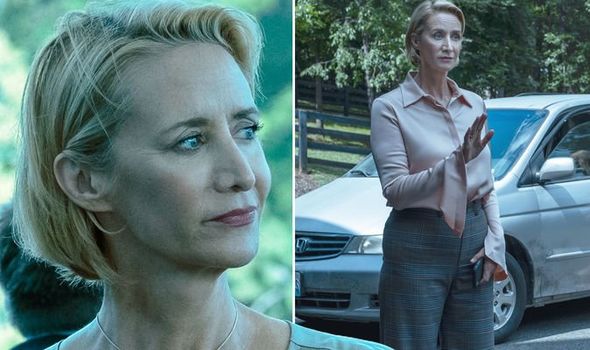 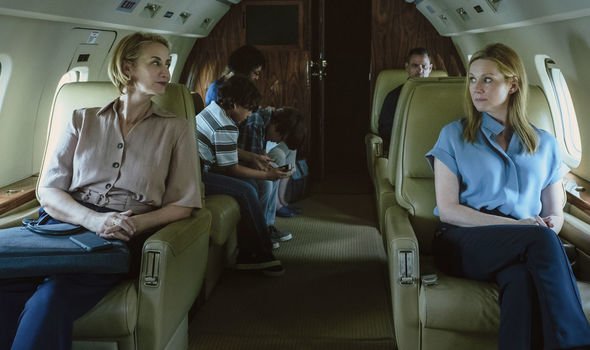 Speaking to talk show host Jimmy Kimmel in a cast Q&A with FYSEE TV and Netflix, the pair confirmed Helen could return in flashbacks.

McTeer kicked off the discussion by opening up on Helen’s death as she detailed: “In my first season, I was only there for one episode and they very kindly asked me back.

“So when I came back the second season, I think we were a few episodes in and that’s when I knew that we were gonna kill her off which was kind of to be expected really.

“I mean somebody’s got to die, might as well be the bad guy.” 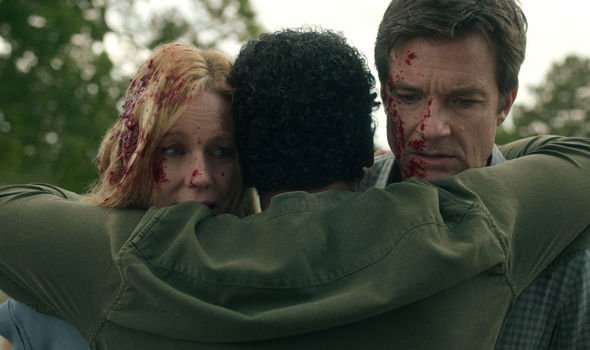 Showrunner Mundy then weighed in as he admitted he didn’t really want to see Helen taken out fo the picture.

He said: “I remember talking to Janet on the phone about that because and every part of you does not want –

Mundy added: “What’s right for the story and what you want just because that character was so good to write and Janet was just so good in it and just so lovely for us getting together, that’s the worst.”

Bateman then weighed in with his thoughts on McTeer’s exit, hinting that she there could still be a possibility fo a return.

“Because there they are on camera, you hear their voice, we’re hanging out, we’re laughing, and then it’s like character’s dead.

“We can do flashbacks though, Chris?” Bateman then asked.

Mundy far from ruled out the idea as he responded: “We can do flashbacks.”

Does this mean fans haven’t seen the last of Helen yet?

Should season four roll around, it looks like McTeer could be popping up once again.