Marty Byrde (played by Jason Bateman) will lead the way alongside wife Wendy (Laura Linney) for a final time when Ozark returns with its fourth run. Promised to go out “with a bang”, Netflix’s hit dark drama will undoubtedly see plenty more bloodshed, scheming and backstabbing as the Byrdes and Navarro Cartel look set to go toe-to-toe with Darlene Snell (Lisa Emery) and the Kansas City Mob. But which side will come out on top? Emmy-winner Bateman had dropped a big hint that it won’t be Darlene.

Speaking at the virtual PaleyFest LA 2020 earlier this month, Bateman joined showrunner Chris Mundy and the rest of the main cast to discuss the shocks of season three as well as what’s to come.

Alongside Linney, Ben Davis star Tom Pelphrey and Ruth Langmore’s Julia Garner among others, the Ozark cast and crew discussed the theory of Ben’s secret survival as well as the hidden meaning in the Byrdes’ names.

And it was during the discussion surrounding the symbolism in the Byrdes’ moniker when Bateman appeared to drop a big spoiler.

Showrunner Mundy revealed, despite the difference of spelling with ‘bird’, Byrde was used to symbolise their invasive and destructive nature. 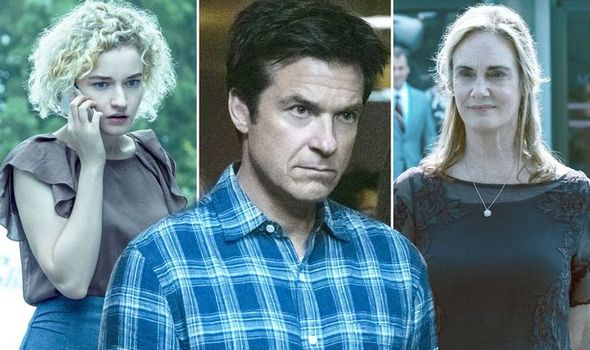 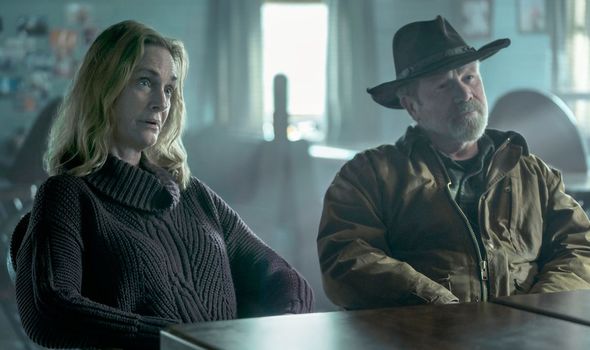 During the panel, this revelation leads to the host to say to Bateman it makes sense following something Darlene said to Marty in season three, labelling him “a disease”.

As the rest of the panel let out a laugh, Bateman followed it up by teasing what lies ahead for the drug queenpin.

“She’ll get hers, right Chris?” Bateman said, to which Mundy remained tight-lipped. 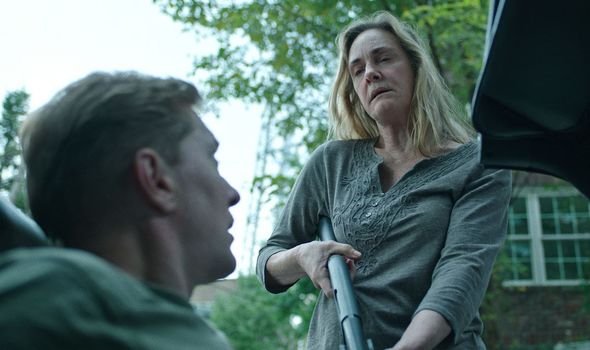 Could Bateman have just given away the endgame for the Ozarks’ resident sociopathic drug-dealer?

There’s certainly a long list of possible candidates who’d be keen to see her taken out of the picture, not least Marty and Wendy.

However, a more likely theory to have emerged since season three’s action-packed finale is that Frank Cosgrove Jr (Joseph Sikora) could be the one behind her downfall.

Ozark fans will know all too well Frank, the reckless son to the leader of the KC Mob, doesn’t always listen to orders.

And even though his father and Darlene appear to have patched things up after she took a shotgun to Frank Jr’s private parts, he’s not likely to be as understanding as his dad.

Frank Jr’s violent streak has been evident since his introduction as well, leaving Ruth hospitalised and within an inch of her life.

Should he survive the wound inflicted by Darlene, his revenge could see her suffer a rather gruesome end.

Or could Omar Navarro (Felix Solis) finally get revenge for the death of the cartel’s former honcho Del Rio (Esai Morales)?

After all, when the Byrdes were finding their feet in the Ozarks back in season one, Marty had managed to sweet talk the Snells and cartel to join forces.

However, when Del branded Darlene a “redneck”, it was one step too far.

Darlene blew Del’s head off with a shotgun leaving Omar none the wiser as to where one his soldiers had gone.

Fans will have to wait until season four gets underway to find out for sure if Darlene will meet her comeuppance.