PREGNANT Sophie Turner hit out at critics who blasted her for attending an anti-racism march over the weekend alongside her husband Joe Jonas.

The Game of Thrones star has been vocal about her commitment to stop racial injustice on social media in response to the death of George Floyd on May 25 at the hand of white Minneapolis police officer Derek Chauvin. 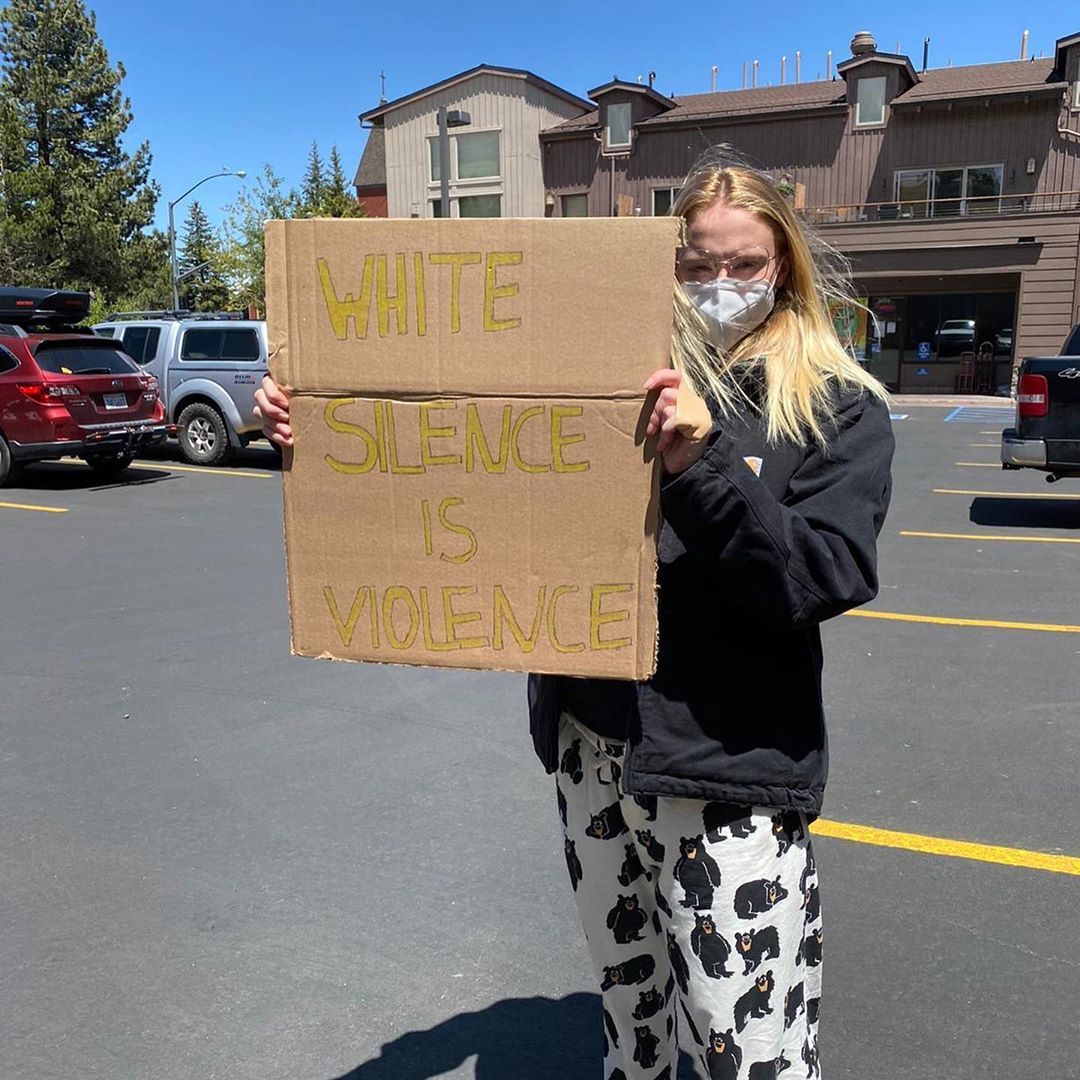 Despite being pregnant, Sophie, 24, attended a Black Lives Matter protest that appeared to be in Los Angeles on Saturday with Joe, 30.

From the protest, Sophie, who is set to welcome her first child with Joe later this summer, shared a series of photos and videos from the march to end systemic racism and police violence.

In one particular shot, the British star held up a sign that read "White silence is violence" and shared a video, which showed the crowd chanting while taking a knee, that was captioned: "No justice, no peace #BlackLivesMatter".

Despite many of Turner's followers supporting the movement, some blasted the star of partaking in the protests that have happened across the country in the two weeks since George Floyd's death. 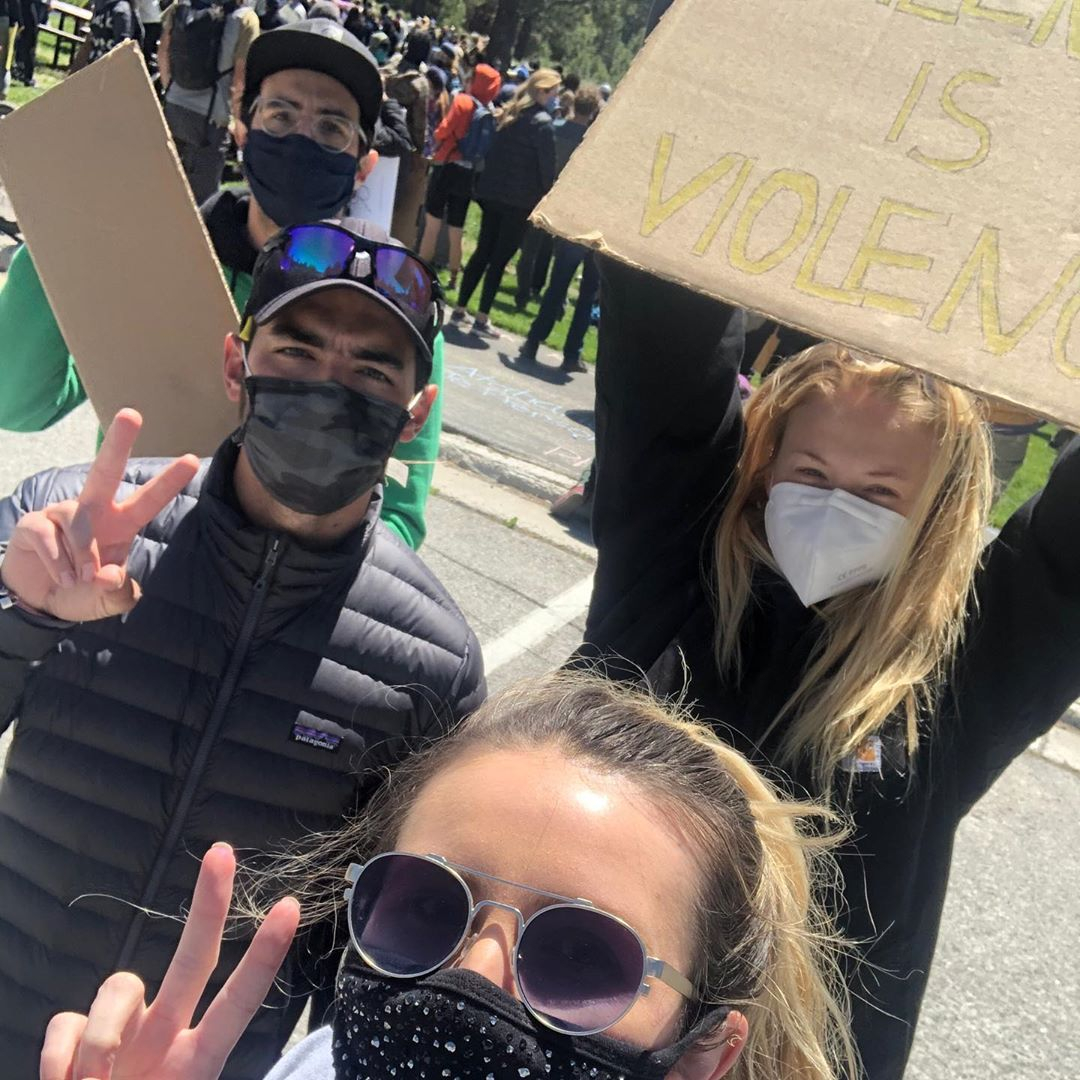 One follower took to her comments and seemingly referred to the four Minneapolis police officers; Derek Chauvin, J.Alexander Keung, Thomas Lane, and Tou Thao, who were present at at the time of George Floyd's death.

The Instagram user penned: "I mean they’ve been arrested and charged with murder so there’s justice, soooo can we have peace now?"

Responding to the comment, Sophie said in a now deleted reply according to numerous fan accounts: "This isn’t just about those 4 cops.

No justice, no peace #BlackLivesMatter

No justice, no peace #BlackLivesMatter

Adding: "This is about changing the system. Justice will be done when society reflects our beliefs that we are all equal.

"Until then there should be no peace."

Sophie also spoke out against police brutality against pregnant women and shared a link to a petition on her Instagram Story about a California woman Emerald Black, who recently filed a lawsuit against the police.

The X-Men star wrote "Swipe up to sign the petition calling for an investigation into the police officers responsible".

My heart is heavy. I stand in solidarity with those speaking out against racism and fighting for justice and equality. Silence is not an option. While my voice is not one that needs to be heard, I want to highlight some of those we should listen to – @rachel.cargle @nowhitesaviours @indyamoore @taranajaneen @munroebergdorf @tamikadmallory @the_yvesdropper @kaepernick7 @emmadabiri @thekingcentre @thegreatunlearn @ibramxk #blacklivesmatter

My heart is heavy. I stand in solidarity with those speaking out against racism and fighting for justice and equality. Silence is not an option. While my voice is not one that needs to be heard, I want to highlight some of those we should listen to – @rachel.cargle @nowhitesaviours @indyamoore @taranajaneen @munroebergdorf @tamikadmallory @the_yvesdropper @[email protected] @thekingcentre @thegreatunlearn @ibramxk #blacklivesmatter

The pair have chosen to ignore rumors that they are expecting their first child, a year after they wed in a surprise Vegas ceremony.

While they haven’t confirmed the news themselves, sources say those close to the pair can’t wait for their new arrival. According to US Weekly, Sophie is due "in the middle of summer".

A friend told Just Jared: "The couple is keeping things very hush hush but their friends and family are super excited for them."

Another source told E!: "They told their families recently and everyone is ecstatic and so happy for them." 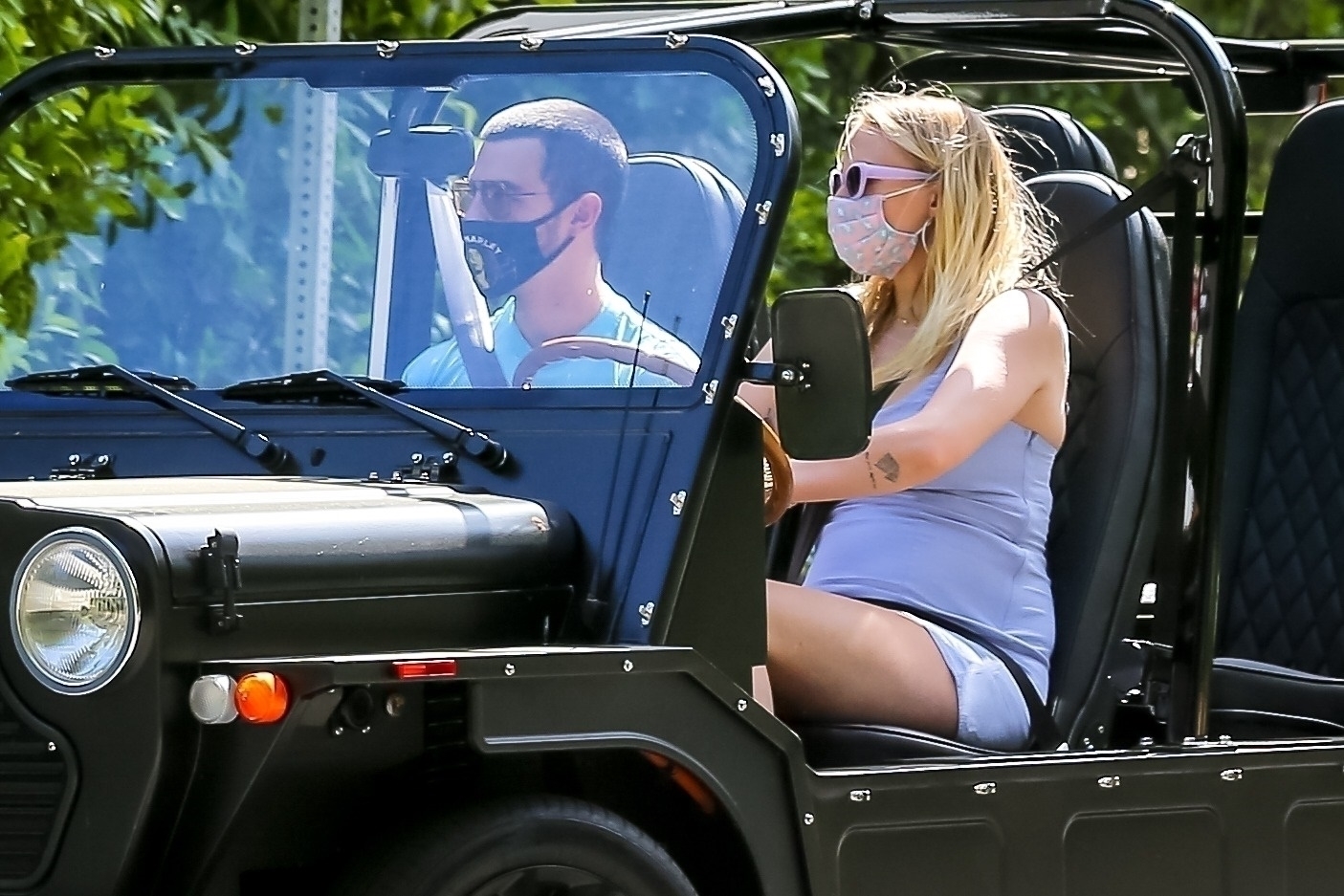 Turner's post come as peaceful demonstrations continued across America two weeks in response to the death of George Floyd in Minneapolis.

George died after former Minneapolis Police Officer Derek Chauvin, 44, knelt on the man’s neck for nearly nine minutes while George was face down on the ground with his hands cuffed behind his back and pleaded that he couldn't breathe.