Home » TV and Movies » 'RHODC': Mary Amons Reveals the Real Reason Why She Thinks the Show Was Cancelled

'RHODC': Mary Amons Reveals the Real Reason Why She Thinks the Show Was Cancelled

For having only one season, The Real Housewives of D.C. had strong ratings and a decent amount of buzz.

Premiering in 2010, the series averaged 1.4 million viewers. RHODC was also the second most viewed Housewives first season ever, The Washington Post reports. Although the series had a number of storylines, a single event had the biggest impact on the show and became the main focal point, possibly to the show’s detriment.

The incident came from cast member Michaele Salahi and husband Tareq. The couple became the infamous “White House party crashers,” which ended up being a national security issue. 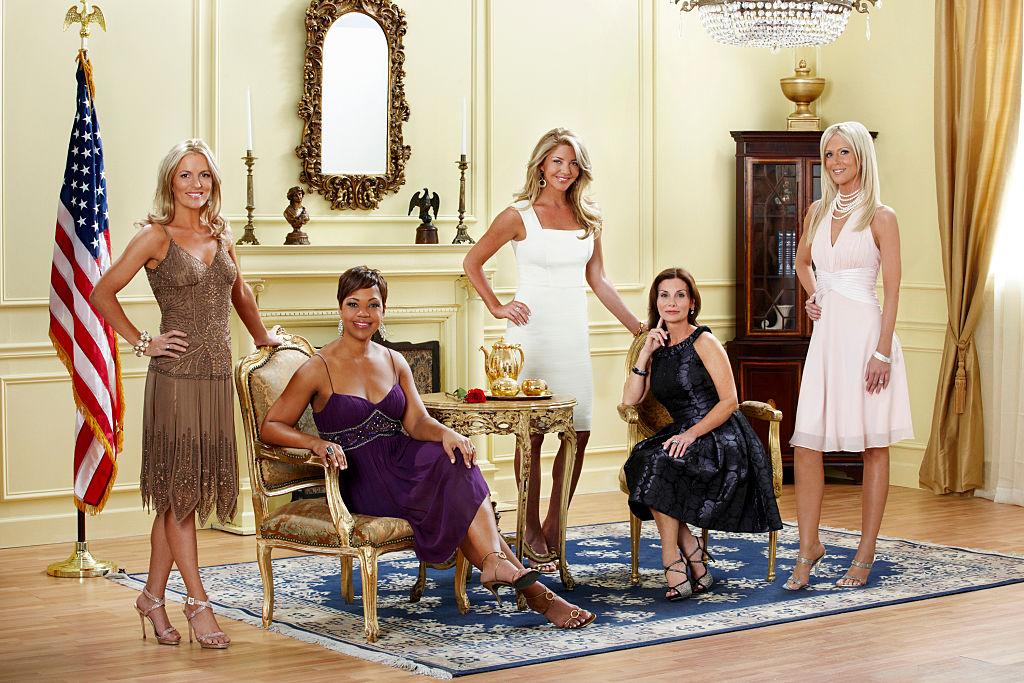 Executive producer Andy Cohen acknowledged the series was “less noisy” than the other shows, according to an interview he did with The TV Column. “It’s serious, it’s politics. The level of discourse on this show is different. For people who expect to see table flipping or wig pulling, that was never going to happen on this show.”

RHODC was the only Housewives series to be canceled after one season. Why? Some believe viewers’ attention turned to a shinier Housewives installment, The Real Housewives of Beverly Hills. But is that the whole story? RHODC cast member, Mary Amons believes there are other reasons why the series was cut and it has nothing to do with RHOBH.

Producers tried to stir the drama

Amons shared previously undisclosed details of how serious the White House crashing incident became on the Behind the Velvet Rope with David Yontef podcast. She acknowledged that the low-key nature of RHODC was challenging for producers. So she says they tried to create additional drama through pick up interviews.

We’re back! Kick off Memorial Day weekend with mimosas ready for a marathon of our epic season of BravoTV’s Real Housewives of DC! Tune in beginning at 6:00am EST Friday, May 22nd! We will be live on insta commenting and sharing in the fun! #RHODC #RHODC10years @thereallyndadc @catommanney @sscottturner @paulwhartonstyle @tedgibson @jasonbacke @bravotv @bravoandy @bravowwhl

RELATED: Everything We Know About ‘The Real Housewives of D.C.’ 10-Year Reunion

“As these seasons go on I do know that producers definitely ask for certain things to happen and coax people to do things just to cause some drama and stir things up,” she said. Amons said the approach was very subtle and sneaky when it came to layering in extra drama. “Usually it happens when we are in our pick up interviews,” she says.

Amons said line producers would feed individual cast members information about other cast members on the show and ask for their opinion. She referred to it as a “big witches cauldron of stirring the pot.” Amons adds that the cast was rather naive to the process.

Amons noted that the majority of the questions she got in pickups were about the Michaele and Tareq Salahi. “Because they ended up having to edit the show all around them,” she said. Amons was very vocal with her opinion about how the Salahi’s were not respected in D.C. The couple were considered to be con artists. “Basically Bonnie and Clyde,” she says. 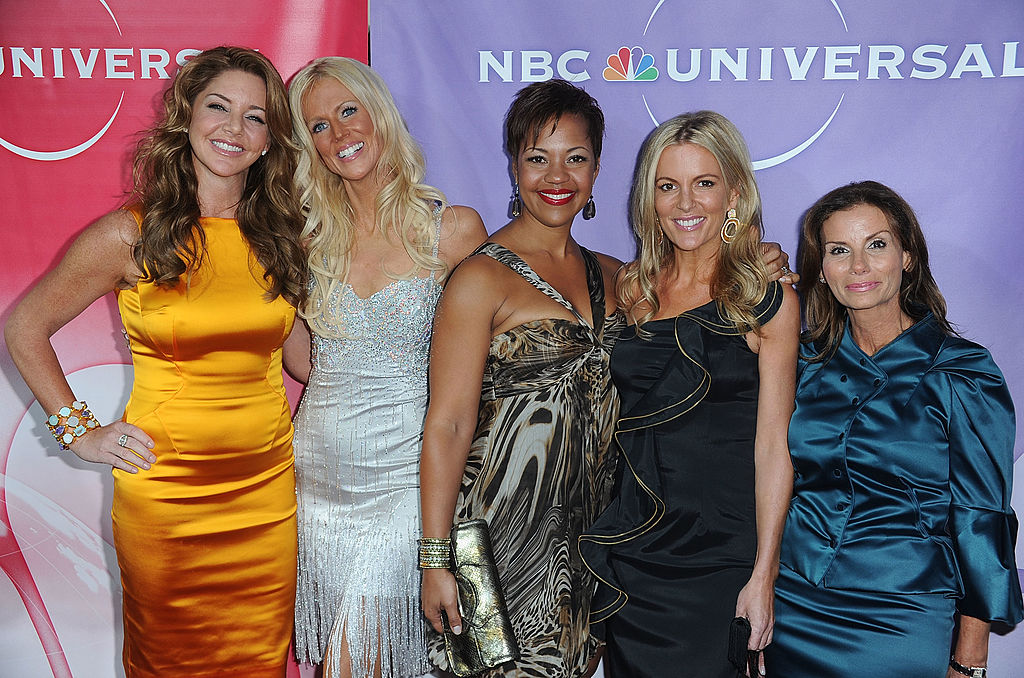 RELATED: One and Done: These Real Housewives Only Made it a Single Season With Their Catty Cast Mates

Amons says the season finale event was supposed to be a fashion show she tirelessly worked on. “Instead, how it ended was the White House crashing,” she said. “So they had to re-edit the whole entire season to end on that note and see what that really looked like from the camera’s angles.”

Amons shared that the Obama Administration thought perhaps Bravo had something to do with the crashing incident. “And they really didn’t,” she says. Amons notes there was a moment on the show where Michaele Salahi was getting ready for the dinner. This included a whole debacle about the whereabouts of the invitation. “To prove that they were not behind this and they were looking for the invitation.” 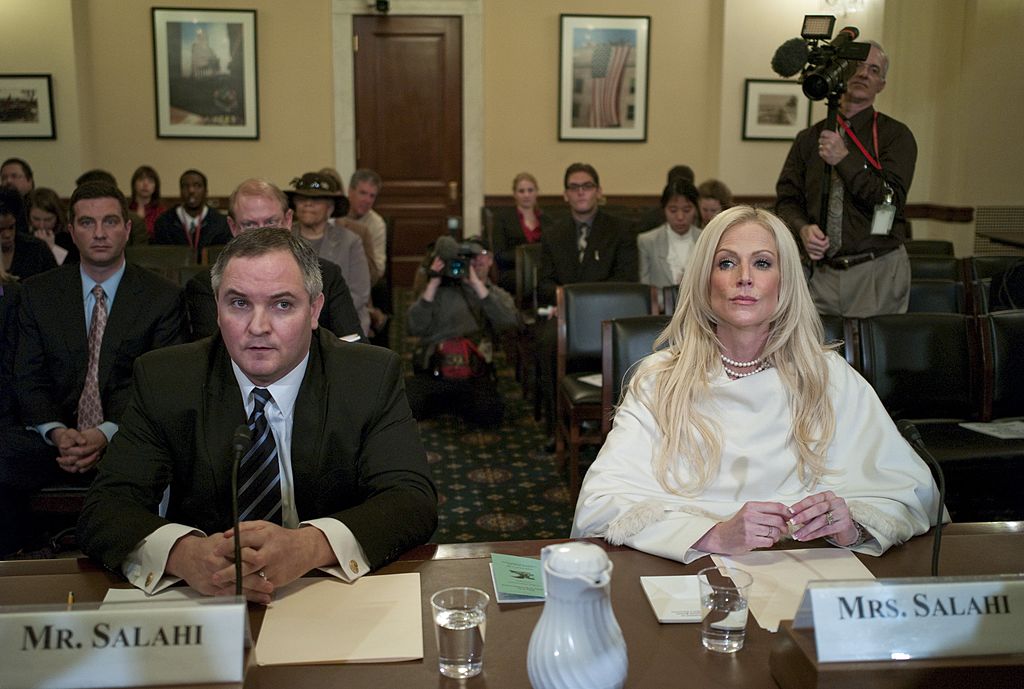 RELATED: Which ‘Real Housewives’ Series Do People Hate the Most?

When the news broke, Amons and the rest of the cast were shocked wondering if this meant the show would be canceled. She adds that no one heard from production and she received no further information from Bravo. “It was a mess, it really was a mess,” she recalls. She was disgusted by the incident and found it difficult to even watch Bravo. In fact, she learned that Tareq Salahi did some recognizance on how to crash the White House Correspondance dinner too.

Amons and the rest of the cast let the producers know they weren’t happy. The cast said if the show were to return, they would not work with Michaele Salahi. In fact, Salahi is photoshopped in the cast photo.

“I think the show worked,” she says. “It’s just that the premise of the show ended up being so hijacked by that incident that it was very hard [to continue]. And also I think that financially I think that incident caused Bravo a lot of expense on the legal side. So their business model was blown out of the water.”