Richard Rush, Oscar-Nominated Director of 'The Stunt Man,' Dies at 91 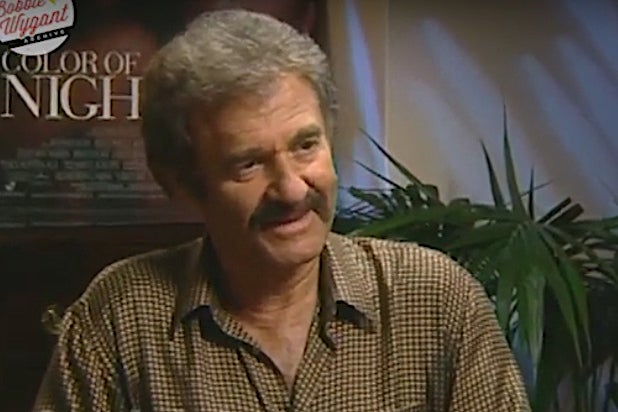 Richard Rush, the Academy Award-nominated writer and director of the 1980 Peter O’Toole film “The Stunt Man,” died in his Los Angeles home Thursday of natural causes. He was 91.

“He will be remembered for a string of landmark films in the 1960s and ’70s, culminating with his 1980 multi-Oscar-nominated classic, ‘The Stunt Man,’ which is widely regarded as one of the greatest films of all time,” his wife, Claudia said in a statement.

“To those who were privileged to know and love him, he will be even more warmly remembered, and missed, for his integrity, his loyalty, his endless generosity of spirit and his boundless support and mentorship of other filmmakers, writers or indeed anyone who ever dared to, in the words of his ‘Stunt Man’ hero Eli Cross, ’tilt at a windmill.’”

After graduating from UCLA’s film program, the New York native took a job for the U.S. military creating propaganda programs for TV that showcased the country’s involvement in the Korean War. He later opened a production company and went on to produce commercials and industrial films.

In 1960, he financed his first feature film, “Too Soon to Love,” on a shoestring budget of just $50,000. Shortly thereafter, he sold it to Universal Pictures for $250,000. It boasts a very early film appearance of Jack Nicholson, who later starred in two other Rush films, “Hells Angels on Wheels” and “Psych-Out.”

Rush’s pivotal project came in 1980, when he wrote, directed and produced “The Stunt Man,” an action-comedy about a fugitive who hides out posing as a stunt double in a World War I movie. His script brought him Oscar and Writers Guild nominations, as well as an Oscar, Golden Globe and Directors Guild directing nominations.

Among the other films he directed are “Getting Straight” with Candice Bergen and Elliott Gould, “Freebie and the Bean” with James Caan and “Color of Night” with Bruce Willis, which won a Razzie as the worst film of 1994. He also wrote the Mel Gibson-Robert Downey Jr. action-comedy “Air America.”