Rick and Morty (both played by Justin Roiland) were not expecting season five of the Adult Swim show to end how it did. After some time away from Earth, another version of Beth Smith (Sarah Chalke) made her entrance back into the Smith household.

It was quickly revealed Space Beth was actually a potential clone of Beth and jetted off to live her own life some time ago.

Unfortunately, neither Beth nor Space Beth knew which one of them was the clone – but they apparently didn’t care either.

While diving into the problem in earnest, viewers saw Rick looking into the memories of real Beth and Space Beth, prompting viewers to notice a huge detail.

Rick’s ex-wife Diane Sanchez (Kari Wahlgren) appeared after she was first seen in season three, episode one – The Rickshank Rickdemption – where Rick explained his backstory for the first time. 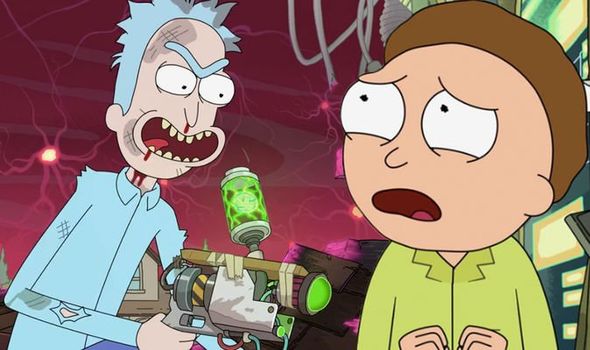 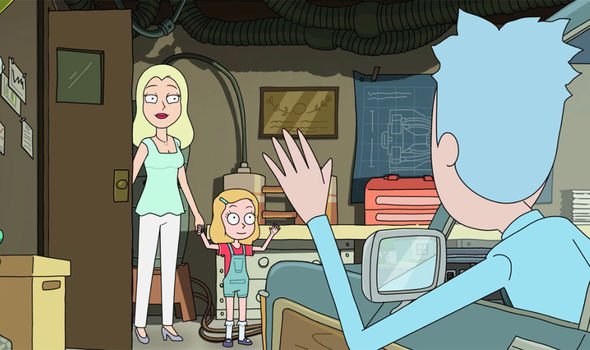 During this backstory, Diane was killed off by one of his experiments gone wrong.

However, it was quickly revealed shortly after that this story was a complete ruse in order to dupe Rick’s captors at the time.

Despite this apparent fake story, when Rick could be seen planting the memories within fake Beth, viewers spotted Diane hugging a baby Beth.

Reddit user conairscience pointed this out with a screenshot and the comment: “Turns out Rick’s Wife was in fact real.” 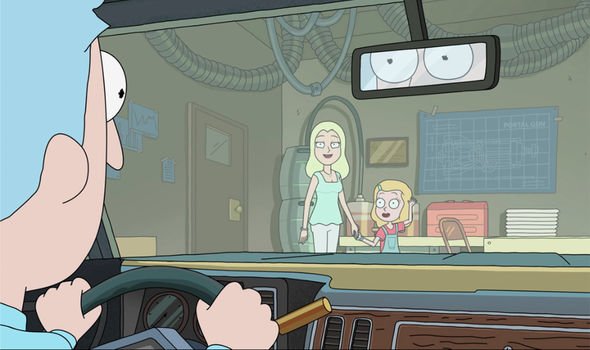 This means Rick’s wife may have been real all along and that the “fake” story he said he had conjured up may have had some truth to it after all.

On this, one fan wrote on Reddit: “Rick pulls Beth’s memories up and one frame confirms that her mother was probably actually named Diane and she did look like how we saw.

“My theory is Rick either lost her to an experiment and the pain of that caused him to run from his daughter, or my second running theory is she died a couple of years after Beth was born and he’s been trying to find Diane in any universe since. Not finding her made him hyper cynical and self destruction.”

This would have certainly been a tragic event for Rick and may have tailored how he was going to self-sabotage his life going forward.

The bigger issue from the episode, however, was determining which of the Beths were the clone.

Now, fans believe they have figured it out with the help of a companion app.

Within this game, players are able to choose a character to use within the ongoing events.

Recently, Space Beth has been included in the game with the title “Clone Beth”.

A fan pointed this out, saying: “This is just a theory but I think that Space Beth is the clone since in Pocket Mortys a game created by Adult Swim Space Beth is called Clone Beth.”

Although the truth was left entirely ambiguous in the show, could Space Beth have been the clone all along?

Rick and Morty season four is available on Netflix UK from Tuesday, June 16.