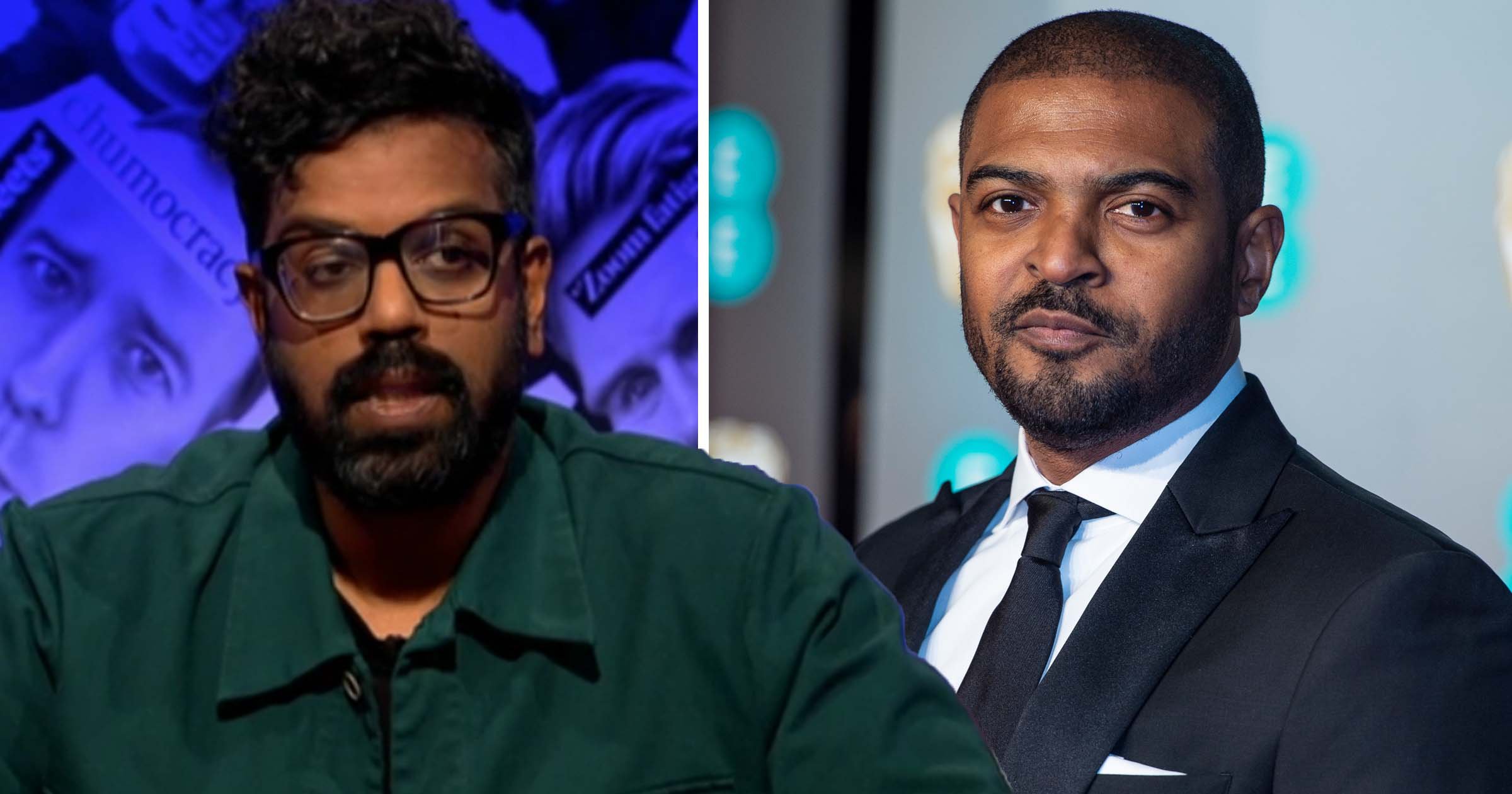 Romesh Ranganathan has taken aim at Noel Clarke after the allegations against him, as he took on the hosting spot on Have I Got News For You.

The Doctor Who and Viewpoint actor has faced allegations of misconduct, including sexual harassment and bullying from 20 women, which he has vehemently denied.

His Bafta membership was suspended, the final episode of Viewpoint was pulled from broadcast on ITV, and Sky announced it would be pausing all programming featuring the actor.

Comic Romesh briefly addressed the allegations when featuring a newsletter titled Face to Face from the Salisbury Diocesan Guild of Bell-Ringers on the BBC show.

‘Sadly in recent times many bells have fallen silent,’ he asserted, adding: ‘Especially the one on Noel Clarke’s phone.’

Clarke has denied the claims against him, telling The Guardian in a statement: ‘In a 20-year career, I have put inclusivity and diversity at the forefront of my work and never had a complaint made against me.

‘If anyone who has worked with me has ever felt uncomfortable or disrespected, I sincerely apologise. I vehemently deny any sexual misconduct or wrongdoing and intend to defend myself against these false allegations.’

The 45-year-old has also been accused of sexually harassing staff on the set of Doctor Who, claims which he has also denied.

A spokesperson for the BBC told Metro.co.uk: ‘The BBC is against all forms of inappropriate behaviour and we’re shocked to hear of these allegations.

‘To be absolutely clear, we will investigate any specific allegations made by individuals to the BBC – and if anyone has been subjected to or witnessed inappropriate behaviour of any kind we would encourage them to raise it with us directly.

‘We have a zero tolerance approach and robust processes are in place – which are regularly reviewed and updated to reflect best practice – to ensure any complaints or concerns are handled with the utmost seriousness and care.’

Have I Got News For You airs Fridays at 9pm on BBC One.