Line of Duty: Kate and Ryan are caught in a shootout

Line of Duty’s PC Ryan Pilkington (played by Gregory Piper) showed his true colours this evening when he emerged from Acting DSI Joanne Davidson’s (Kelly MacDonald) car pointing a gun in the direction of DS Kate Fleming (Vicky McClure). The head of the Murder Investigation Team (MIT) had lured Kate to a dark carpark to discuss the “personal issues” which were troubling her, only to be accompanied by one of the original members of the OCG – Ryan. After many “sorries” were given by Jo, she stepped out of the way and in a dramatic showdown Kate and Ryan pointed their weapons and one another, urging the other to lower theirs first else shots would be fired. And shots were indeed fired. As the credits rolled, two gunshots were heard ringing out – but who shot who first and did anyone die? It seems Kate wasn’t killed – whether she was shot or not – according to a scene in the official trailer for season six. Ryan, on the other hand, if the TV guide for episode six of the thrilling BBC crime-drama is anything to go by, it seems his bullet wound was fatal.

Ted was halted by DC Superintendent Patricia Carmichael (Anna Maxwell Martin) who suggested: “Let’s just take a breathe shall we?”

But the Gaffer ignored her: “That’s my officer out there I’ll breathe when she’s safe.”

In the next scene Jo arrived at the lorry park and Kate got out of her car and said: “Well, this wasn’t what I expected! Let’s not hang around here Jo, we’d rather be indoors with a glass of wine.” 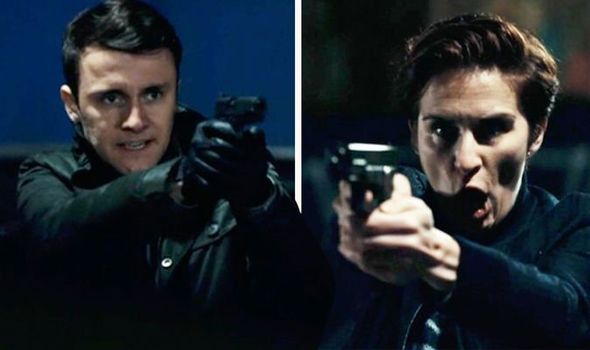 Ryan emerged from the back of Jo’s car and pointed a gun at Kate, stating: “Jo wanted to give you a way out… should’ve put in for that transfer.”

“You’ve got the bottle if someone’s already half-drowned. Put the gun down, stop trying to act like a big man, you’re a little boy!” Those watching at home heard Kate shout back.

Kate continued: “You pull that trigger, there’s going to be blood and gunshot powder all over you. Plus, the cartridge and bullet could go anywhere – you’re never going to find it.”

“Right, you’ve thought of everything, expect surveillance. AC-12 were watching the workshop, they saw you make the call to the OCG, they’ve been tracking you both – you’re never going to get away with this!” Kate hit back

Ryan turned to Jo and asked: “You knew about the surveillance?” 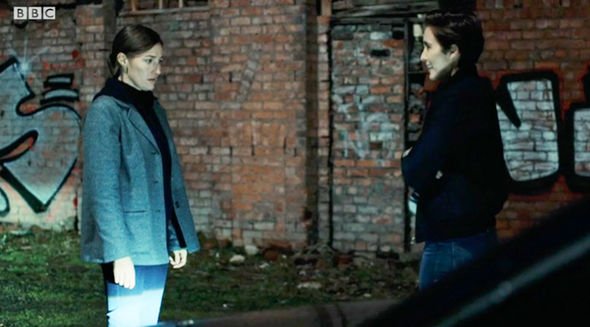 The DSI explained: “No. But it makes sense, it’s what I would do, why would she come here otherwise?”

Ryan then accused Jo of setting him up and fired a shot in her direction as she tried to leave, he then turned his attention to Kate and she asked him to drop his gun.

“Ryan, drop the gun” Kate asked and he shouted back: “Drop yours!”

“Drop the gun,” Kate continued and Ryan said: “Drop it Kate, drop it, put your gun down, drop it.” 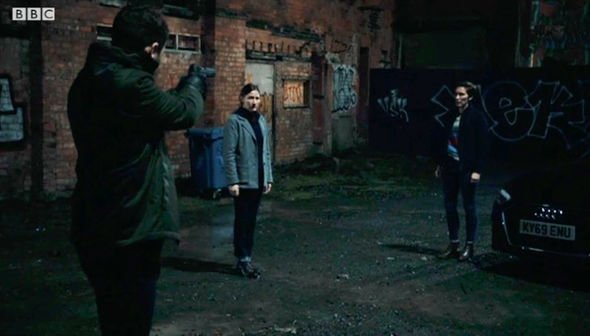 “One more chance Ryan, one more chance. No, drop the f***** gun,” viewers heard Kate holler and then two shots were fired and the screen went black before the credits rolled.

Line of Duty fans will have to wait a whole week to find out who shot who and which direction the shots were fired in.

But if the TV guide for the sixth instalment is anything to go by, it seems Ryan was shot and killed by Kate.

“Hastings makes one final bit to uncover institutionalised corruption before his time runs out.”

There is no mention of Kate, Jo or Ryan – does this mean the latter has been killed off and won’t appear in the episode alive?

It comes after the writer, Jed Mercurio has not ruled out the fan-favourite characters being killed off.

“Nobody’s safe,” he previously told the press. “That’s what keeps the audience on the edge of their seat.

“So I know that it would be a sad day, but I think all the main cast realise that it’s possible.”


Line of Duty airs Sunday evenings at 9pm on BBC One.