SAVANNAH Chrisley is hoping for a better month of August after plenty of fans suspect that she has parted ways with her fiancé Nic Kerdiles.

The Chrisley Knows Best star took to Instagram recently to share a selfie while smiling in a olive green top. 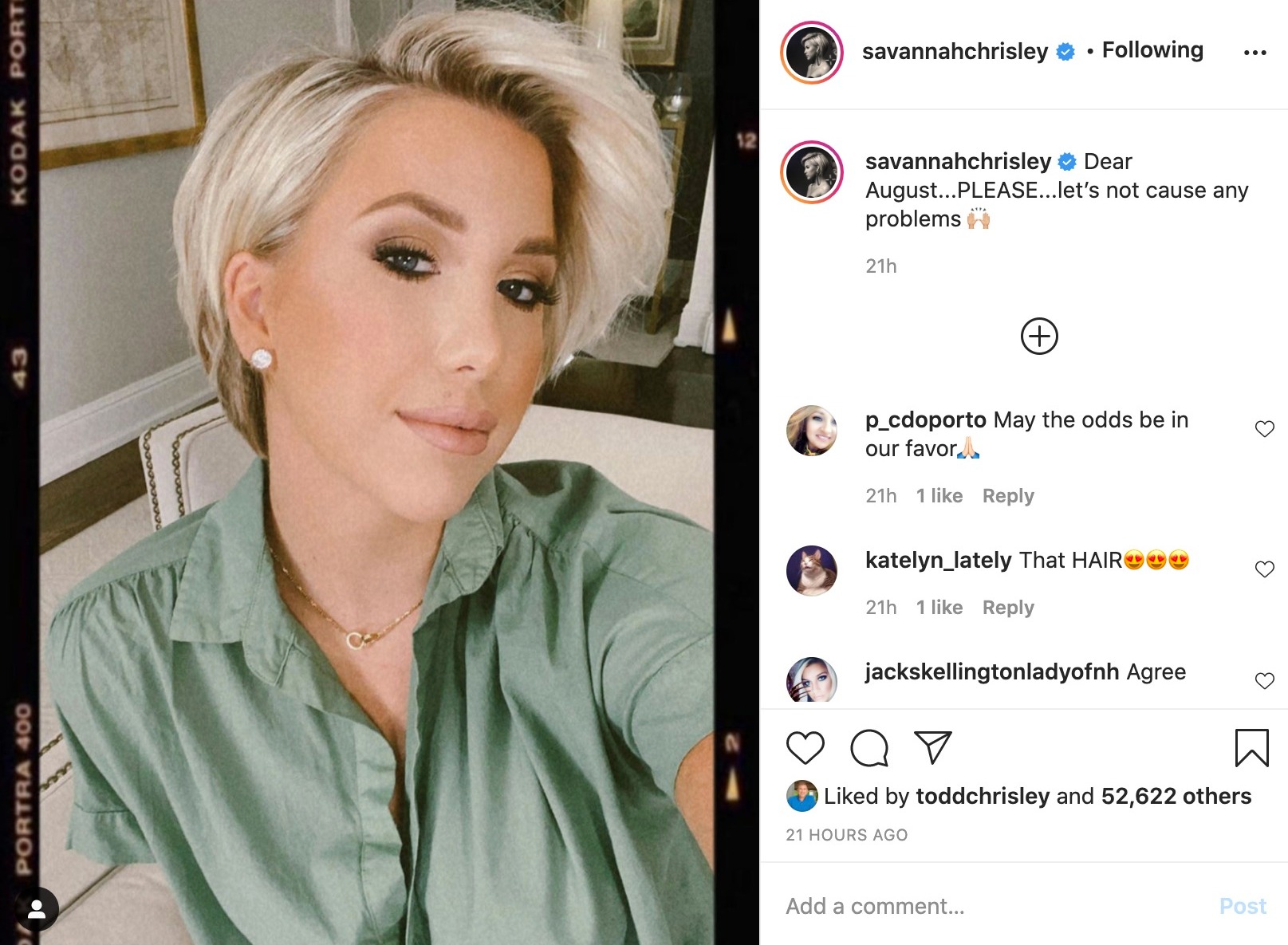 She captioned it: "Dear August…PLEASE…let’s not cause any problems."

The hopeful post comes after fans continue to believe that the reality TV star has officially split from her ex-fiancé, 26,

The pair were supposed to tie the knot in May before Chrisley called it off and decided to "go back to dating" Nic. 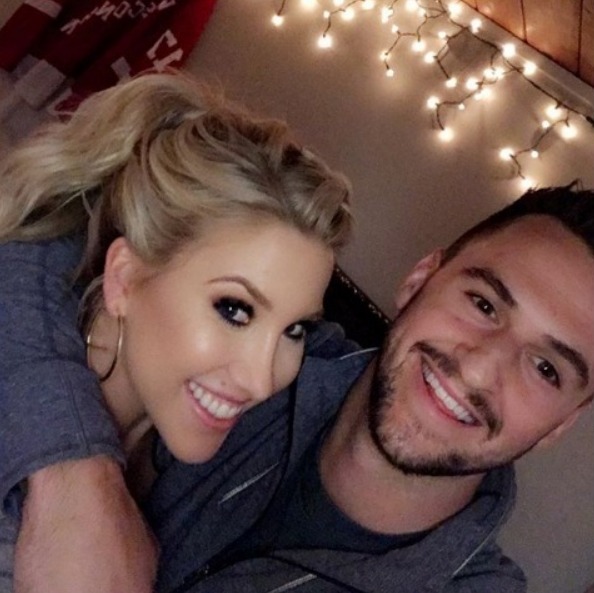 However, fans have questioned if the duo are even dating anymore as Savannah has not posted anything about Nic in several weeks.

One person recently said: "I am so sad, you two work it out pleaseee.”

Another added: "Are you guys still together? I feel like you’re not in a good place.” 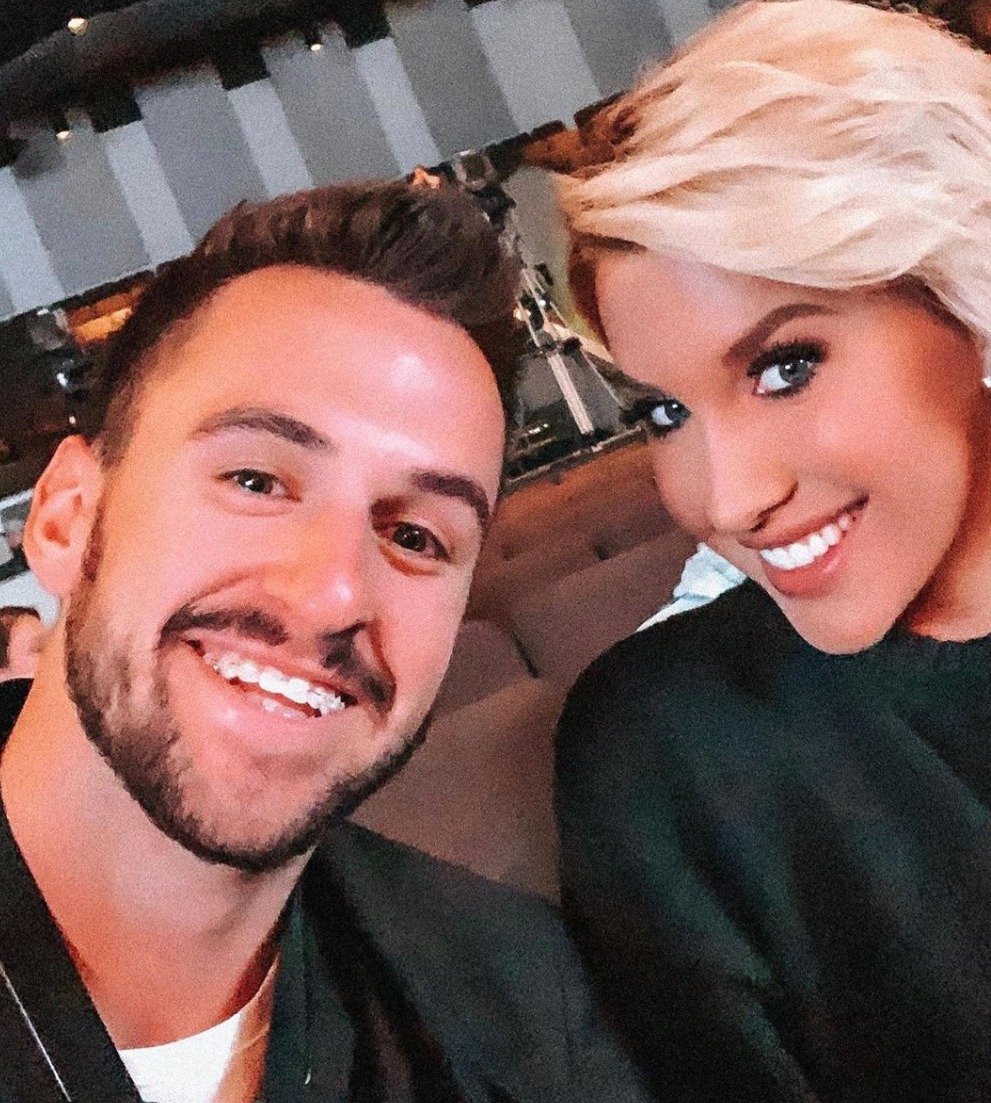 Earlier this month, Savannah, 22, spoke to ET about her decision to walk away from her engagement. 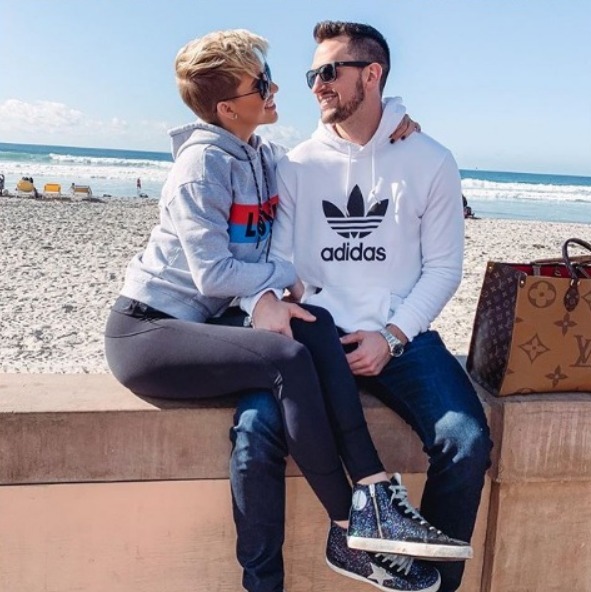 The reality TV star called off the wedding to Nic after dating the hockey player for almost two years.

Savannah claimed the two are going to therapy individually to work on their relationship, and that they stayed away from marriage toavoid the "divorce culture."

The two announced their engagement in April 2019, and were expected to tie the knot in May,

On an episode of Chrisley Knows Best, Savannah further explained her decision and said, "Things just moved way too fast."

"That’s kind of the place we’re in. We’re both doing therapy, individually, and just trying to figure out our place and what we truly want out of life.

"And having those hard decisions so we’re not part of this whole divorce culture." 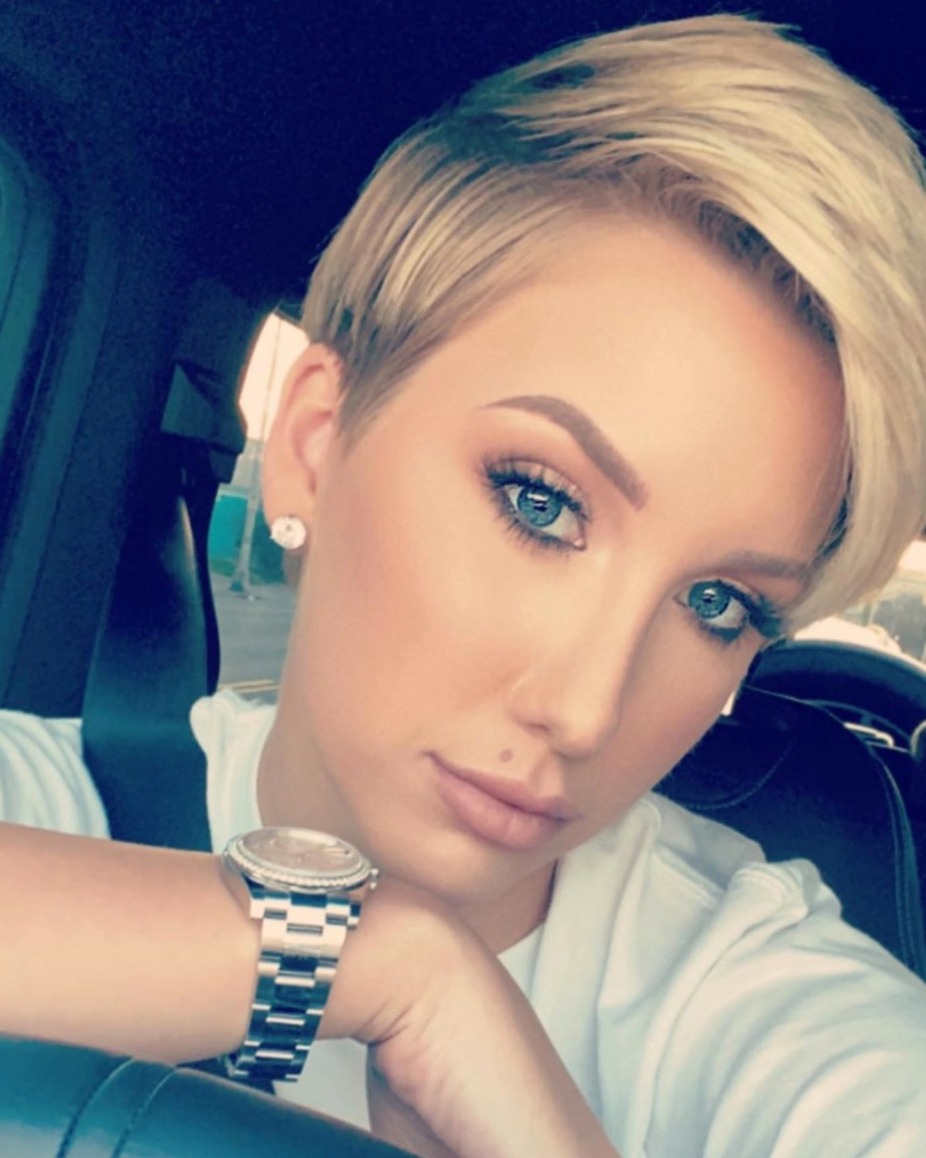 While Savannah has been dealing with the ups and downs of her love life, some trolls have been coming after her as well.

One person even pointed at Savannah's pixie cut as the reason it didn't work out between her and Nic. 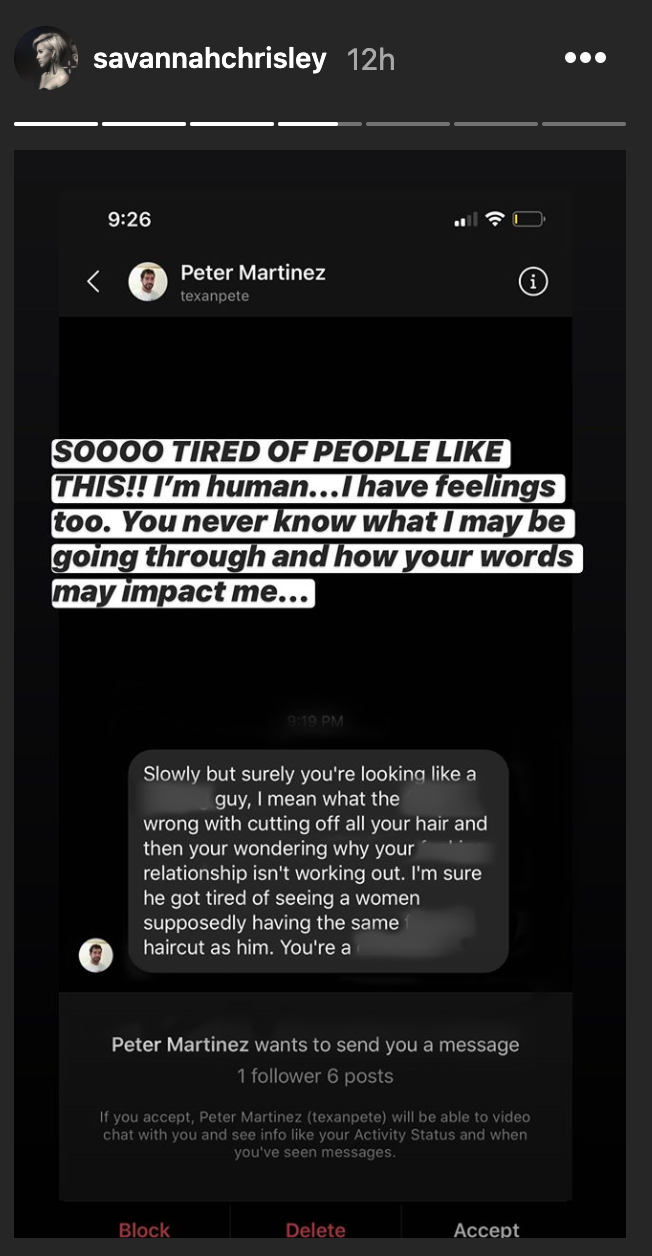 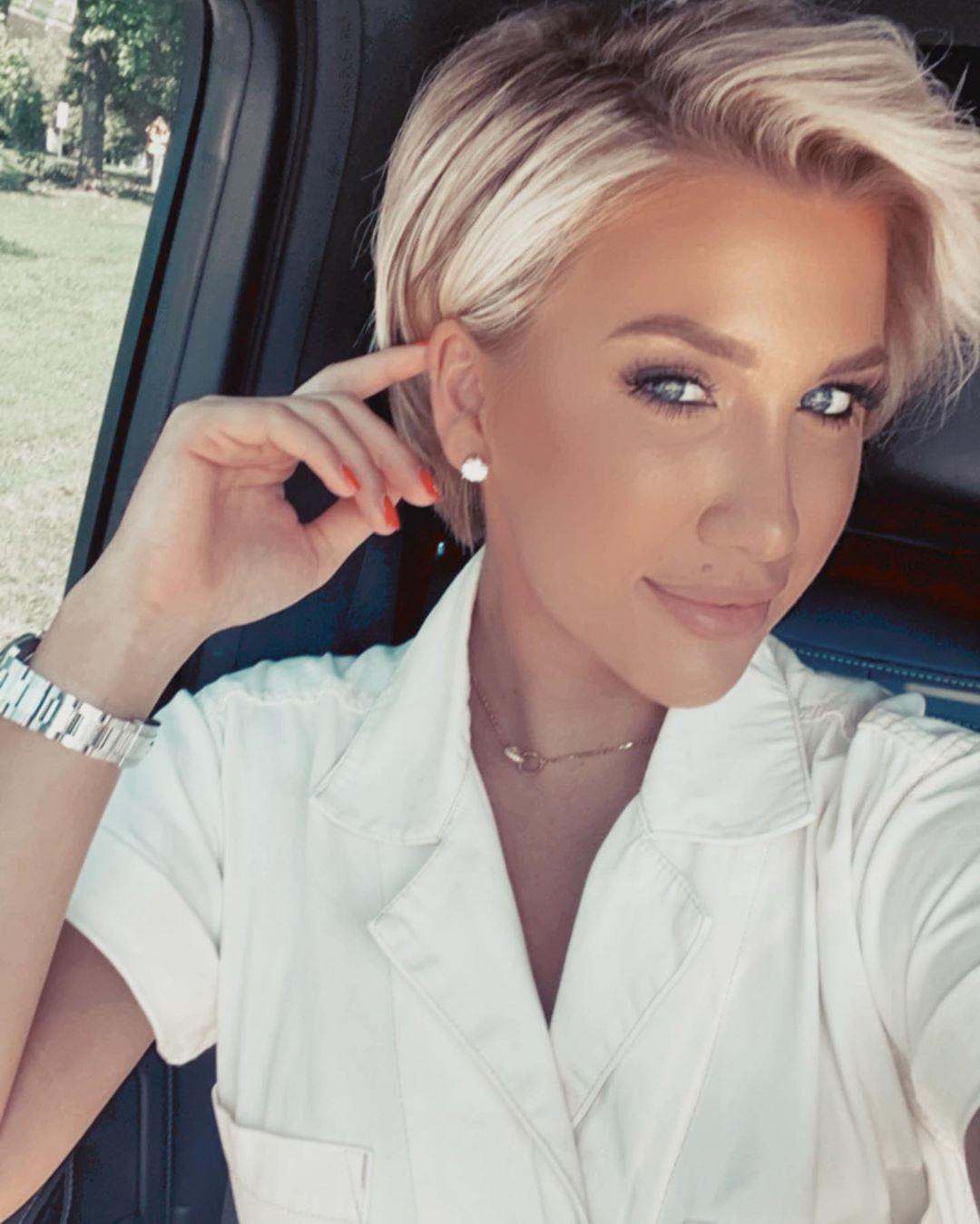 The troll wrote: "Slowly but surely you're looking like a f**king guy. I mean what the f**k is wrong with cutting off all your hair and then [sic] your wondering why your f**king relationship isn't working out.

"I'm human. I have feelings too. You never know what I may be going through and how your words may impact me."