Home » TV and Movies » Saving Our Nurses: Why are so many nurses leaving the NHS? Staff open up about pressures

Saving Our Nurses: Why are so many nurses leaving the NHS? Staff open up about pressures

Saving Our Nurses has landed on BBC One at a poignant time when hospitals are at breaking point due to the coronavirus outbreak. Although the series was filmed before the pandemic reached the UK, it gives insight into the pressures new nurses face. Hospital staff from the series spoke exclusively to Express.co.uk about how they are trying to stop nurses from leaving the profession.

Why are so many nurses leaving the NHS?

Saving Our Nurses is a new BBC One series which looks at how hospitals across the country are making efforts to keep newly qualified nurses in their roles.

The show, which started airing on June 8 and will conclude on Friday, includes interviews from some frontline staff as well as senior intern leads.

A synopsis for the series says: “With a third of nurses looking for a new role, a new scheme aims to cut the number of nurses leaving the profession. This series visits a London hospital to see how well it works.”

The hospital trust in question is the Barking, Havering and Redbridge University Hospitals NHS Trust, which runs King George Hospital in Goodmayes and Queen’s Hospital in Romford.

Beverley is a senior intern lead who features in the series, and she is in charge of dealing with concerns from nurses across the trust. 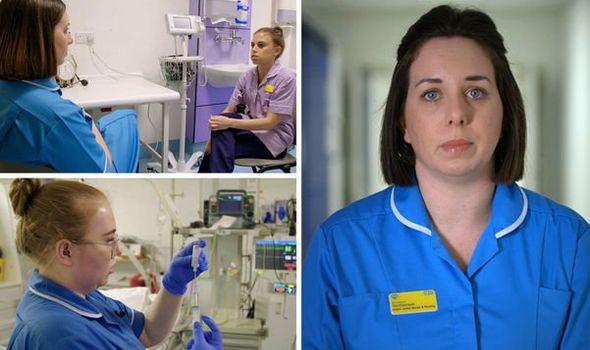 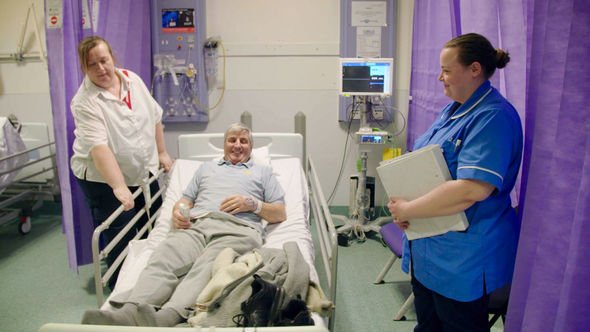 She first started working as a nurse in 1992 and did midwifery training in 2000. She has been with her current Trust for 15 years.

Speaking about why she wanted to work in the NHS, she said: “What inspired me was the gap in nursing with newly qualified staff and international nurses.

“They can go to the ward managers and they do the professional part, but we do professional and pastoral – it’s an added level of support.

“The initial focus was to retain newly qualified nurses as nationally they were leaving in droves.”

She explained how in October 2017 the national figures revealed 24 percent of newly qualified nurses left the Trust in the first 12 months. The Trust has brought the figures down to eight percent. 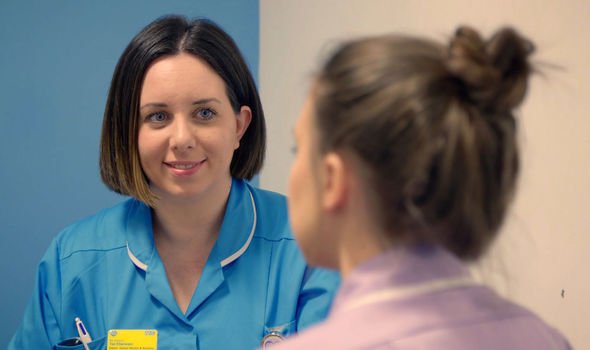 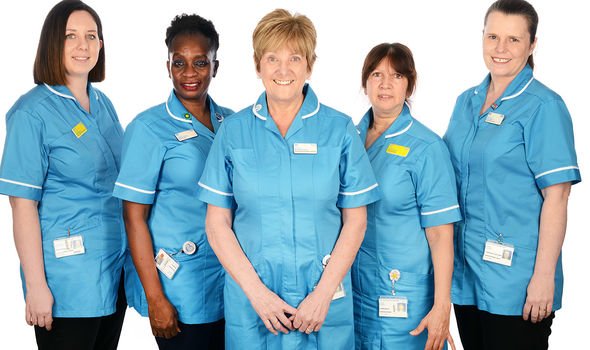 Beverley said: “What we like is the nurses are happy and they look forward to coming to work. It makes such a difference when they feel somebody is listening.”

Speaking about the main reasons new nurses leave, she said: “What has surprised me is the number of nurses experiencing domestic abuse, which I wouldn’t have expected.

“The main thing is newly qualified nurses choose an area they want to end up in and they realise they are not prepared for it.

“In the past, the nurses would have left the Trust, but we now have an internal transfer process. The numbers of newly qualified staff can be a little overwhelming at times – there are 250 on the books at the moment – but they cope well.”

Taz joined the Trust as a student nurse in 2004, coming straight from school aged 16, and she took part in a cadet programme to gain an NVQ in nursing.

She said: “I enjoyed working with students and supporting them so it was a natural progression to get into internal.

“There seems to be a lot of childcare issues, and relationship and homelife issues. It’s a varied role and no day is the same really, it’s a breath of fresh air.”

Beverley, who worked as a matron for eight years, spoke about how the coronavirus pandemic had impacted staff at the Trust.

She said: “This was all filmed before the coronavirus outbreak hit the UK, in February. The differences we found were the pressure on the nurses and midwives.

“They have got to learn a lot of different ways of caring for patients and using PPE, but the staff have learned to cope really well.

“I never thought we would see anything like this, but we have got on and dealt with it.”

Fans have been praising the nurses and midwives who feature on the series on Twitter, with one fan saying: “That’s really beautiful. I’ve said this a lot this week but I’ve watched some beautiful videos and read beautiful stories too. Keep going. We really need this. #yearofthenurseandmidwife.”

Newly qualified midwife Katie recorded a message for viewers, saying: “It was such an honour to be a part of [the series] and I hope you enjoy it.”

Fans have called the series “inspirational”. Another viewer said: “Watching ‘Saving our Nurses’ on @BBC1. Retention of nurses is so important!

“Recognising that not every area will be the best place for everyone and helping with redeployment will help keep valuable nurses in the profession. Would recommend a watch.”

Saving Our Nurses is airing daily on BBC One at 10am