Home » TV and Movies » 'Scrubs' Stars Zach Braff and Donald Faison Are Best Friends in Real Life, But Who Has the Higher Net Worth?

'Scrubs' Stars Zach Braff and Donald Faison Are Best Friends in Real Life, But Who Has the Higher Net Worth?

During their nine seasons on the ABC medical comedy Scrubs, Zach Braff (JD) and Donald Faison (Turk) became close friends. The friendship continues to this day, and sometimes they will give fans a glimpse of their bromance on social media. After being besties and co-stars for nearly two decades, fans are wondering – who has the higher net worth? 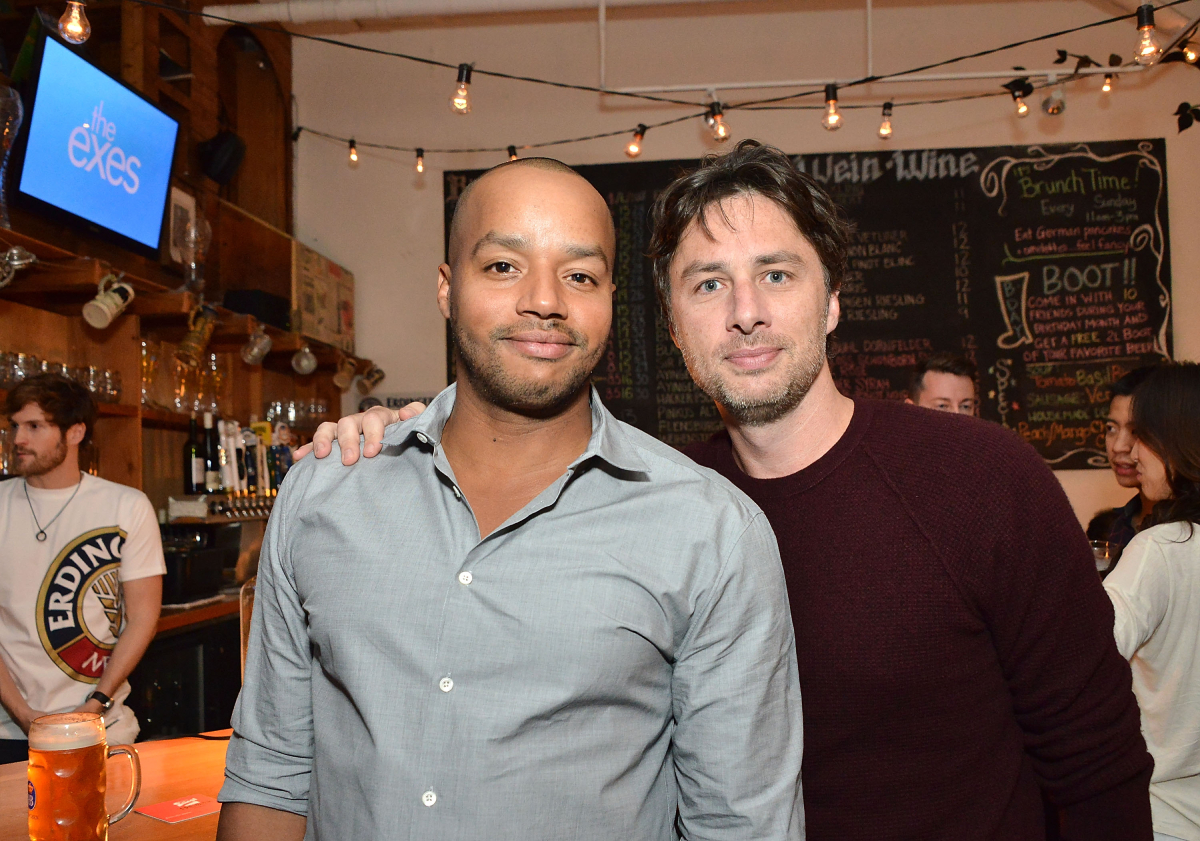 Braff and Faison aren’t shy about their tight friendship. They show it off when they attend the same Hollywood events. But, their bromance really shines on social media.

One of the most popular posts featuring the Scrubs co-stars was a jacuzzi pic that also featured Deadpool himself, Ryan Reynolds. In the photo, Faison has his arms around Braff as they pose in an outdoor jacuzzi that overlooks Los Angeles.

Many of their photos make it clear that plenty of wine is involved when they get together. They’ve also proudly displayed their matching phone cases, and the besties have gotten political on occasion.

When Indiana passed the Religious Freedom Restoration Act, Braff tagged Faison in a hilarious tweet that featured a pic of the two friends.

“If you really and truly want pizza for your gay wedding in Indiana… We will make it for you,” Braff wrote.

Back in April, Braff and Faison launched a Scrubs-inspired podcast titled Fake Doctors, Real Friends With Zach + Donald. Each week, the two friends look back at old episodes and share stories.

“I just wanted it to be like he and I generally sound when we talk on the phone, FaceTime or text each other,” Faison told The Hollywood Reporter. “We don’t talk about Scrubs when we do all of that, but we’re genuinely checking in on each other.”

Faison explained that fans have been asking for more Scrubs content ever since the show ended. But, a movie didn’t seem likely due to their schedules. When they came up with the idea for the podcast, they had to work on the logistics because they are rarely in the same city.

When Faison and Braff were preparing to record their first episode, the pandemic hit. They decided to go ahead with the project because Scrubs was a “love letter to hospitals and the medical community.”

The co-star with the highest net worth was reportedly making $350,000 per episode

According to Celebrity Net Worth, Donald Faison is currently worth approximately $12 million. In addition to his nine seasons on Scrubs, Faison has a lengthy filmography. He’s starred in several films, including Remember the Titans and Clueless.  His most recent television role was in the ABC drama Emergence. Unfortunately, it was cancelled after just one season.

As for Braff, Celebrity Net Worth reports that he is worth approximately $20 million. The site also reveals that Braff made $350,000 per episode during his final seasons on Scrubs. In addition to acting, Braff is also a director, producer, and screenwriter.

In 2004, he wrote, directed, and starred in Garden State which led to numerous award nominations. He actually won a Grammy for compiling the film’s soundtrack. Braff’s career has also featured a run on Broadway.

In 2009, Braff opened his own restaurant, the Mermaid Oyster Bar. And, he also has multiple investments in real estate.

All nine seasons of Scrubs are available for streaming on Hulu.