In the final episode of Starz’s documentary “Seduced: Inside the NXIVM Cult,” there’s a discussion about how cult founder Keith Raniere — sentenced this week to 120 years in prison — specifically preyed on smart, intelligent women of influence. Cecilia Peck, director and showrunner of “Seduced,” might have been one of those women. “I had a personal experience with NXIVM,” Peck told IndieWire. “Someone who I had worked with on a previous project actually targeted me for recruitment. [She] emailed me over the course of about a year and a half about an incredible women’s group that she was a part of; she told me it would change my life and, eventually, she wanted me to meet Allison Mack.”

Mack, the former “Smallville” actress, was one of Raniere’s most devout acolytes, and the women’s group was DOS, a subsidiary of NXIVM revealed in 2017 to be branding and trafficking women as sex slaves. Peck said she never answered the recruiter’s emails, but a year later Peck heard from the woman again. “She reached out and said, ‘I’m so sorry. I was in a cult and I didn’t know it.’” In 2019, Mack plead guilty to racketeering and racketeering conspiracy charges; she has yet to be charged.

It was this ability to turn well-educated, professional young women into slaves that compelled Peck to believe there was a story there to be told. Once India Oxenberg, the daughter of actress Catherine Oxenberg, came forward with her story of enslavement the finished product, “Seduced: Inside the NXIVM Cult,” came into being.

At this point, with so much attention focused on Raniere’s sentencing, it’s impossible not to bring up “The Vow,” the nine-part series featuring a different set of NXIVM defectors that recently concluded its run and has been greenlit for a second season over on HBO. Both Peck her parter, Inbal Lessner, say their series was already locked in before “The Vow” and that they respect the filmmakers and subjects that participated in the series. In fact, Catherine Oxenberg, who is one of the major subjects of “Seduced,” also participated in “The Vow.” “We feel like there’s plenty of space for both films,” Peck said.

“We wish this wasn’t seen as a competition,” Lessner said. “Our series stands on its own merits and has a lot to offer. We’re a smaller, less-funded [series]. We didn’t really know there was another series in the making until we were knee-deep into it. We try to stick to our own lane and do the best we could.”

Lessner heard about the cult through Peck and through talking to the women involved in the organization — many of whom had a difficult time even calling it a cult. “What was striking was there was this seduction of how they [NXIVM] used feminist terms and language and really turned it around,” she said. “It was fascinating how women can be drawn in with this lure of empowerment, and growth, and self improvement, but really be subjugated and controlled.”

The pair always saw this as a women’s story, particularly as it involved harrowing stories of sexual assault. “It needed to be told in the voices of women, by women,” Peck said. Women were prominent in all key areas of production of the series, from cinematography to recording assistants. “Many days during shooting we were all women on-set,” she said. As Lessner said, the abundance of women directing and coordinating the series changed many of the participants behind-the-scenes, many of whom had never previously worked on an all-female set. “It was a really cool feeling of trust and camaraderie, and even our crew members started sharing things, and it just felt like we were on to something,” Lessner said. 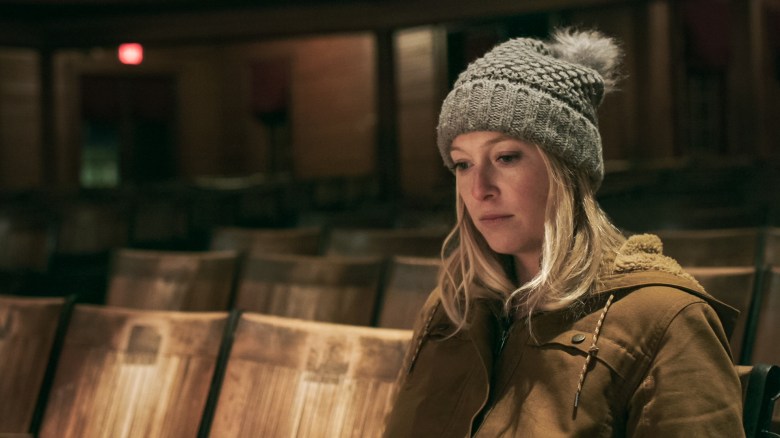 India Oxenberg in “Seduced: Inside the NXIVM Cult”

Peck focused on outspoken women before, most prominently in her 2006 documentary on the country band The Chicks, “Shut Up and Sing” and teamed up with Lessner for the 2013 Emmy-nominated feature “Brave Miss World” which also deals with rape.

The goal of this series, according to both showrunners, is not only to illustrate the dangers and lack of regulation in the self-help industry, but to place the narrative in the hands of the women affected and help them turn their truth into activism. They knew working on this story would require a deft amount of sensitivity to create an environment that was safe and comfortable for the subjects to unburden themselves.

A key element of filming was training the crew on how to handle the trauma victims they’d be interviewing. “We trained everybody who worked in the sound department on how to place a mic on somebody who’s a survivor of trauma and potentially sexual assault,” Peck said. “You take them into a private space [and] ask before lifting a blouse. We always had a female sound recordist or assistant putting mics on people.”

“Pretty early on we realized that as much support as we can offer and [a] safety net, we needed to provide professional therapy services for the women who were courageous enough to share their stories before, during, and after filming,” Lessner said. A counselor was available to any of the subjects whenever a triggering experience was going to be detailed, and that help continued after the series premiered. A 501c3 charity was also created, called FACT (Families Against Cultic Teachings) to help fund continued support for Raniere’s victims. 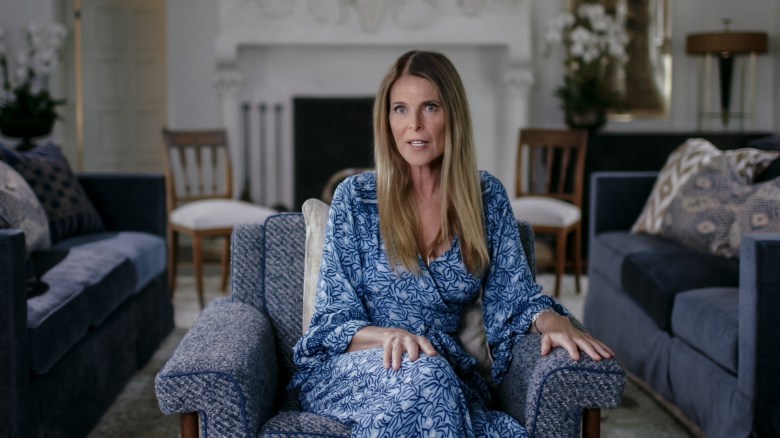 Catherine Oxenberg in “Seduced: Inside the NXIVM Cult”

“Seduced” also focuses on the amount of Latinas and women of color pulled into Raniere’s orbit. “We explored NXIVM as a way to look at the subject of coercive control…and instilling fear…that happens not only in cults but in relationships, workplace environments, [and] to people of every race, every color, every economic background,” Peck said. That being said, Peck acknowledged that people in Mexico made up a large part of NXIVM’s fanbase and that often led to several crimes specifically aimed at the foreign and undocumented.

“What touched me, as an immigrant, are the immigration crimes and visa fraud, and some of the systematic oppression of women who came from Mexico, and sometimes Canada, to further their careers and have a better life, maybe pursue the American Dream,” Lessner said.  “We talk to women in Mexico and elsewhere about how they were recruited to come and work in Albany. People who were brought in as immigrants who were then not paid what they promised the government to pay them. [They] were basically stranded here on a starvation salary and then put into such a vulnerable position that it was easier to set them [up] into something like DOS.”

Whether it’s Charles Manson, Jim Jones, or Keith Raniere, cult leaders tend to all have the same aims. Why are they so unoriginal? “When you have, I think, the combination of that sociopath personality and then power over people” a deadly combination ensues, said Lessner. “When India [Oxenberg] was sexually assaulted she wasn’t even able to label it as such at the time, and I think that’s so demonic.”

Raniere, according to Peck, is the first cult leader to be prosecuted in America since Warren Jeffs, the leader of the controversial FLDS Church — and both believe that NXIVM interested people because of how average the whole thing sounded. “This cult operated for 20 years, these crimes were not started in 2015,” Lessner said. “We have to look at ourselves as a society for allowing this to happen in our own backyard.”

“Seduced: Inside the NXIVM Cult” airs on Starz.