Home » TV and Movies » 'Sex and the City': Kristin Davis Has a Major Regret About the Show's Message

'Sex and the City': Kristin Davis Has a Major Regret About the Show's Message

Sex and the City was a series that defined a generation of women. Although films and TV with a feminist lens are more common now, back in the 90s Sex and the City was considered groundbreaking for featuring women who wanted different things from their lives, not just to find love and get married.

Carrie was a successful column writer who enjoyed being in love when it was with the right person; Samantha was a wild child who mostly looked for casual sex; Miranda was a typical too-busy career woman who didn’t have time for a relationship, and Charlotte was the more stereotypical, traditional woman who longed to start a family. The show won heaps of critical acclaim during its time, and even today, some fans consider these four women their role models in many ways.

Although the actors who were on Sex and the City have positive things to say about the show, the actress who played Charlotte recently opened up about a major regret she has about the message the show sent to young women around the world.

Kristin Davis played Charlotte on ‘Sex and the City’ 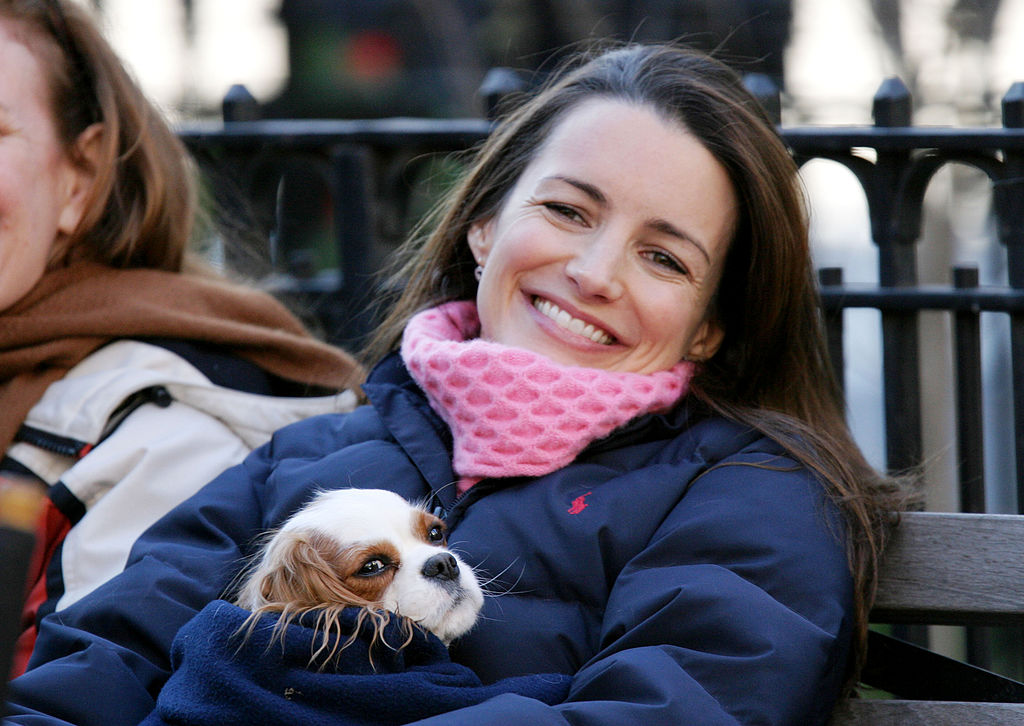 RELATED: ‘Sex and the City’ Creator Believes the Series Finale Betrayed the Show

The character of Charlotte York was played by actress Kristin Davis. Charlotte was the most traditional out of the foursome; although she did have a job, what she most longed for was to get married and have children.

She was so obsessed with finding her happy ending that she first married rich-guy Trey McDougal after only a month of dating, which naturally led to disaster. Then, she immediately started dating her divorce lawyer Harry, who she ended up converting to Judaism for.

Charlotte’s dreams to become a mother were temporarily halted when she found out that she had a very slim chance of conceiving naturally, but she and Harry opt for adoption. The first Sex and the Season movie sees Charlotte miraculously becoming pregnant with her biological baby as well.

Davis also has starred in Broadway shows and a few different Christmas films, but Charlotte is still her most recognizable role. She’s also a UN Ambassador.

Davis regrets her footwear choice on ‘Sex and the City’

Of all the things that we thought Davis might regret about the messaging that Sex and the City put out into the world, we didn’t expect it to have to do with her shoes! Davis opened up and shared that what she most regrets about the series are the crazy high heels that the cast had to wear.

“I do feel guilt about the heels. It did seem we were trying to say to women, ‘You should be wearing heels like these, but we definitely weren’t. Were they beautiful shoes? Yes. Were they appropriate for the characters? Yes, that’s what women like that wear. But it became a bigger picture thing, where it seemed women should be wearing them every day,” she shared.

The shoes that the women, especially Carrie, wore on the show were beyond beautiful, but we can understand what Davis is saying.

Going Rogue over at @SJPCollection. In collaboration with our friends at @everyoutfitonSATC, we’re thrilled to announce the arrival of our highly anticipated mis-matched sandal. A not-so-subtle nod to a certain very special lady's well documented footwear moment from many years ago. Best of all, 20% of proceeds will be donated to @empowermentplan, an inspired Detroit based organization that provides employment and training to low-income individuals to manufacture sleeping bag coats for those in need.​ Visit www.sjpbysarahjessicaparker.com to learn more and to shop our limited run of Rogue right now. X, SJ​

The show’s star, Sarah Jessica Parker (who plays Carrie), also has commented on the expensive stilettos the women were made to wear on the show. “I literally ran in heels. I worked 18-hour days and never took them off. I wore beautiful shoes, some made better than others, and never complained,” she once revealed.

Eighteen hours on your feet is hard to imagine in and of itself — we can’t imagine how painful that would be with 4-inch heels on!

However, Parker received some alarming news from her podiatrist that made her think twice about wearing heels so often. “I went to a foot doctor and he said, ‘Your foot does things it shouldn’t be able to do. That bone there – you’ve created that bone. It doesn’t belong there,’” she stated.

It looks like Parker is still wearing and even designing heels, but Davis reported that she now just sticks to flats.