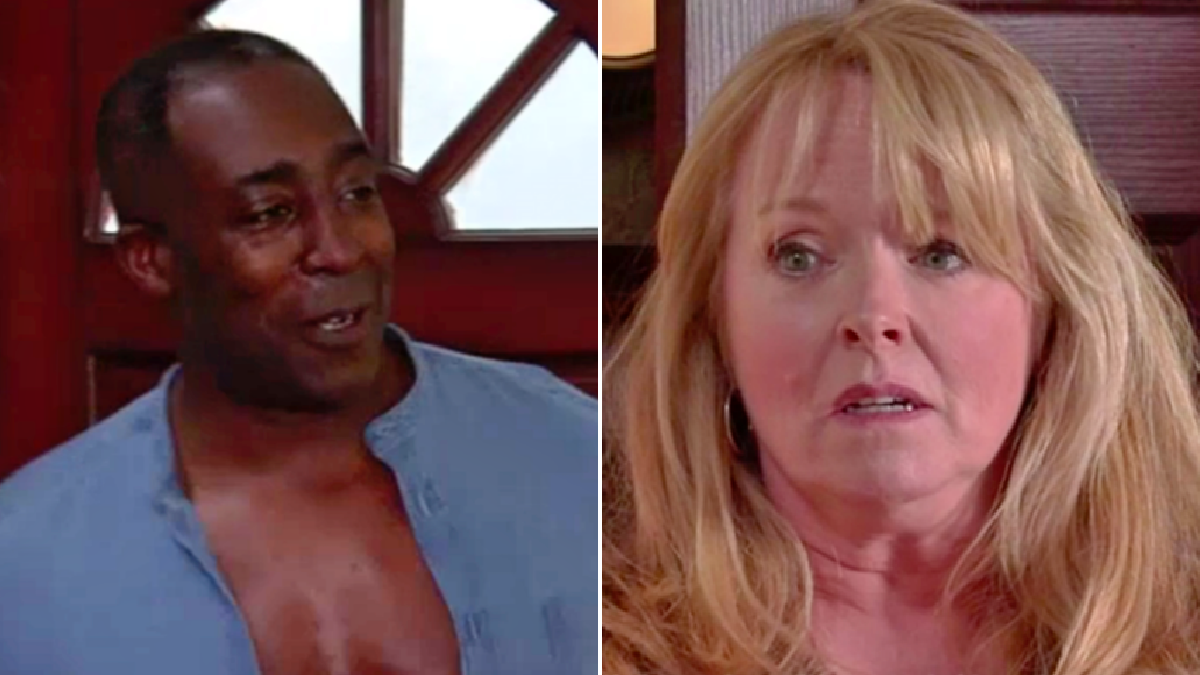 The landlady of the Rovers Return has found herself rather taken with B&B guest Ronnie, who has been staying at the pub for a number of months.

With Ed (Trevor Michael Georges) having fallen out with him, Ronnie has been desperate to make amends – and Jenny offered him some advice regarding how to do so.

She suggested making a grand gesture to show Ed how sorry he is, and Ronnie ultimately did just that – as he had Ed’s camper van painted.

Jenny was impressed when Ronnie took her along to show her the redesign, and upon returning home, the pair continued to flirt with one another.

Wit chemistry aplenty, one thing ultimately led to another and – before long – they slept together.

Jenny was riddled with guilt over what she’d done, but matters became much more complicated when Ronnie’s wife Kat (Melissa James) arrived!

Feeling betrayed, the landlady berated Ronnie for leading her to believe he was single.

Ronnie, however, made it quite clear that he and Kat are finished.

Unfortunately, that did little to stop Jenny feeling guilty.

Will she tell husband Johnny (Richard Hawley) about what happened between her and Ronnie?

Coronation Street continues Wednesday May 19 at 7:30pm on ITV.