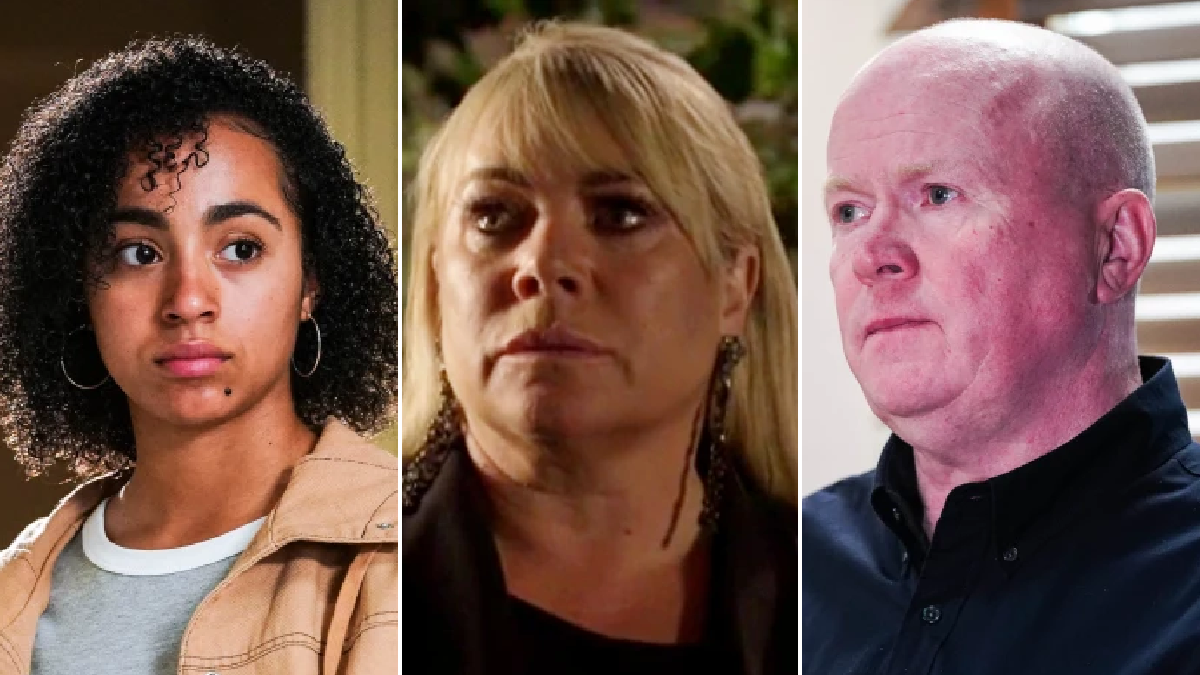 Alyssa, as viewers know, is Dennis Rickman’s (Bleu Landau) son. The revelation floored Sharon Watts (Letitia Dean) several weeks ago, and with the news finally starting to sink in, she decides to tell Phil.

Phil is taken aback, as Sharon confirms that she’s applying for joint custody of the baby.

Several days later, the hard-man pops round to visit Sharon, checking in on her in the wake of recent events, but he’s stopped in his tracks by Jada, who turns up.

It’s clear that Phil does not trust Jada, and he relays his suspicions to Kat Slater (Jessie Wallace).

After giving it some thought, Phil returns to Sharon’s, where he finds Jada. Wasting little time, he begins to question her, demanding to know why she left Alyssa on a doorstep.

The stalwart then orders Jada to walk away again, but little does he know that Sharon has entered – and she’s heard everything!

Phil, however, claims that Jada can’t be trusted, and his words evidently have an effect on Sharon, who starts to grow suspicious.

Is Phil right? Or is he – like always – acting before giving the situation any real thought?

Will Sharon listen to Phil’s claims?

Or will she make her own mind up about what’s right for her granddaughter?