Home » TV and Movies » Shaun Wallace gets standing ovation on The Chase in strange moment ‘What is going on?’

Shaun Wallace gets standing ovation on The Chase in strange moment ‘What is going on?’

ITV’s The Chase returned for another celebrity edition this evening with the broadcaster airing a repeat of a Coronation Street special. The show featured Simon Gregson, Lucy Fallon, Andy Whyment and Victoria Ekanoye all hoping to make it to the Final Chase and outrun Chaser, Shaun Wallace. But with Shaun struggling his way through some of the questions, fans couldn’t help but comment on a particularly bad run as he faced Victoria.

Bradley Walsh got to reminisce on his Corrie days this evening as he was joined by four cast members from the soap.

It was Simon who was first-up this evening to try and take some money back to the table for the Final Chase.

However, he was soon knocked out by Shaun despite the latter having a tough time with some of the questions in the evening.

Things remained difficult for The Dark Destroyer as he had to take on three more players. 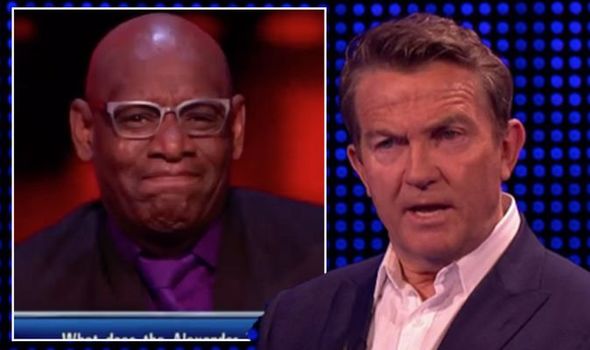 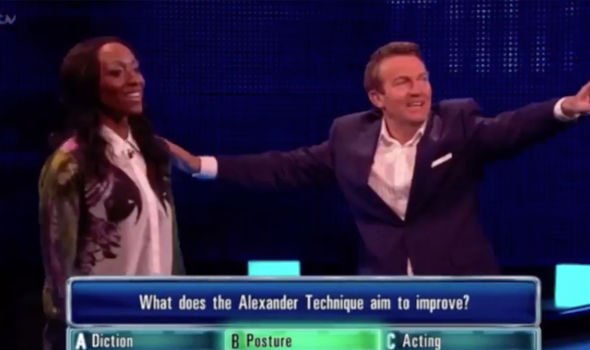 Victoria was next up and brought up £4,000 to the table after a decent cash-builder round.

Shaun’s poor form continued as the pair went head-to-head as he became stumped.

For the first few questions, Shaun failed to produce a correct answer, much to the confusion of viewers.

Luckily, he was able to pull things back which led to a hilarious response from the programme’s audience. 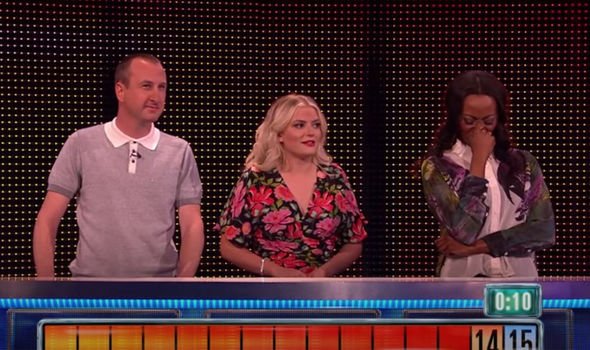 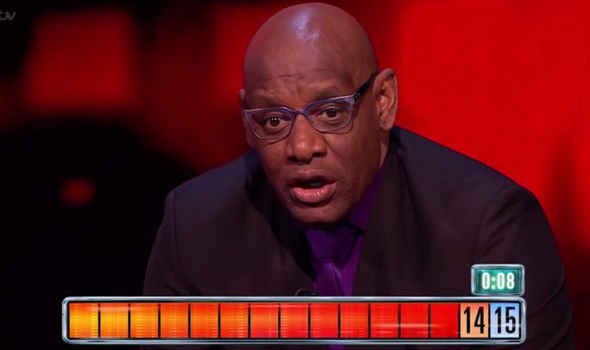 “Finally!” Bradley Walsh said after his co-star finally got a question correct.

“Welcome to the game Shaun,” the host added as he couldn’t resist a light-hearted dig at The Chaser.

He even got a standing ovation from the show’s crowd after the change of fortune a few questions later.

Fans of the programme soon commented on the bizarre moment tonight.

“I’m starting to feel sorry for Shaun #TheChase,” shared another.

A third commented: “What is going on,” with a fourth sharing: “#TheChase destroyer is losing it!”

A fifth joked: “Watching @VictoriaEkanoye on the celebrity edition of #TheChase and I think the Dark Destroyer must have been mesmerised by her beauty.”

Shaun didn’t manage to pull things back for the head-to-head and Victoria made it through to the Final Chase.

Lucy also made it through to the final quick-fire round after bagging £6,000 in her cash builder and they were also joined by Andy.

However, the trio didn’t end up winning the prize pot for their charities after only getting 15 steps ahead of The Chaser.

The Chase airs weekdays from 5pm on ITV.