Home » TV and Movies » Shelley King: I was 42 when I came out to my parents

Shelley King: I was 42 when I came out to my parents 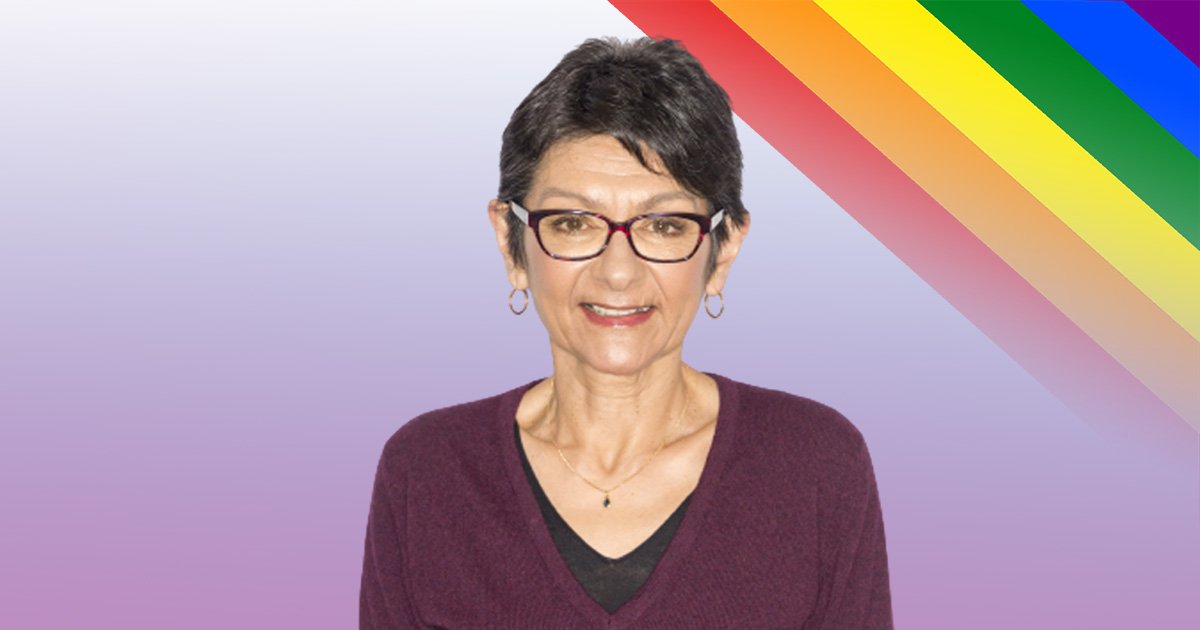 I was called a tomboy as a child.

I initially accepted it, but approaching adolescence, I became increasingly aware that the term didn’t capture me completely. The complex emotions I was feeling could not be explained with that word alone.

As I progressed to my late teens I became increasingly angry with the world and myself. I was difficult to live with, I felt ashamed and disgusted with myself.

In my 20s, I read books, plays and saw films all about women who were attracted to other women, seeking some representation. But this was the early 70s and nothing I stumbled across seemed to have a happy ending.

Even when I turned to history, I was found wanting. The great lesbian poet Sappho was said to have thrown herself off a cliff because of a man.

It is also widely believed that the reason lebsians were safe from the draconian punishments doled out to gay men was because Queen Victoria didn’t think we existed.

No wonder then lesbian women were secretive about their sexuality. It was a matter of survival.

So I looked elsewhere and confided in my school friends. They were sympathetic but offered no advice.

We were and are an eclectic, bohemian bunch – but lesbianism wasn’t talked about.

At drama school, I was close friends with a gay man, but the gay women were nowhere to be found. It felt as if I was all alone.

So much so that I tried to have relationships with straight men but I had no emotional connection and it only ended up hurting them.

I thought that when I became a professional actor I would come into contact with gay women but had no luck. It all just ended up with me developing self destructive crushes on women who would never return the feelings.

I told my closest friends, and they offered solace – but like me, they had no solution.

I knew other gay women existed, but I just couldn’t find them. It was the early 80s and lesbians had to be discreet and secretive so as not to face incredible stigma.

They didn’t want to be open, whereas I wanted to tell the world.

I had a small flat off the Kings Road in London and one night I decided to go to the famous lesbian club, Gateways. I put on my best Liberty print dress and highest heels. They wouldn’t let me in because they didn’t believe I was gay.

Finally, I met other lesbians. I got into a long term relationship and was determined to make it work because I had spent so long looking for someone. I was scared of losing it but it ultimately ended.

My second relationship was calm and comfortable. Even though it didn’t work out, we are still close friends.

During this time, my lovely mum and dad were always welcoming to whomever I was with. My mother used to reassure me that a ‘nice man would soon come along’.

Then I met Trilby, 24 years ago. She had never had a relationship with a woman and it was so difficult for both of us.

But almost instantly we had an inexorable attraction. We are soulmates. It’s as if there is an umbilical cord between us. It’s not always plain sailing, but the ship will never break.

We talk to each other about everything and work problems out together, however difficult.

After we got together, I ‘came out’ to my parents aged 42. They were not in the least surprised.

Our families love us together and she made the wait to find my other half worthwhile.

I want to tell other people considering coming out to never be afraid of who you are.

Whatever the circumstance, the people who really love you will support you.