SIMON Cowell was pictured heading back to work in California on Tuesday, but is clearly still taking precautions as he donned a face mask.

Simon, 60, was dressed in a white shirt and loose-fitting black trousers as he arrived at a television studio in Simi Valley. 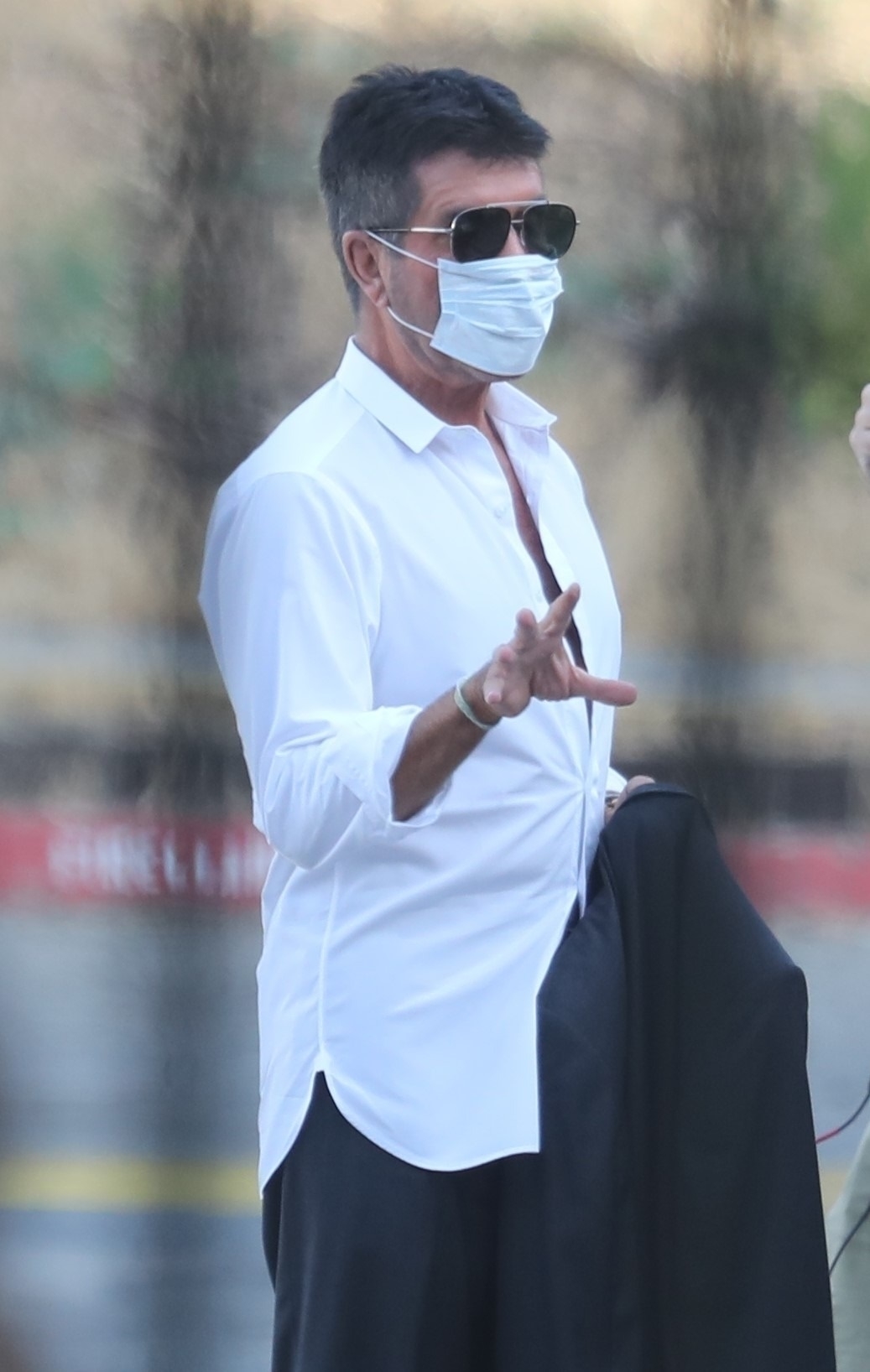 The music mogul carried a black blazer and accessorised his look with a pair of shiny shoes and aviator sunglasses.

Abiding by the Covid-19 rules, Simon kept his medical face mask on at all times as he made small talk with an assistant before heading inside, who was wearing a protective visor.

Simon's appearance comes after he resumed work on the latest series of America's Got Talent, with the latest episode airing on Tuesday. 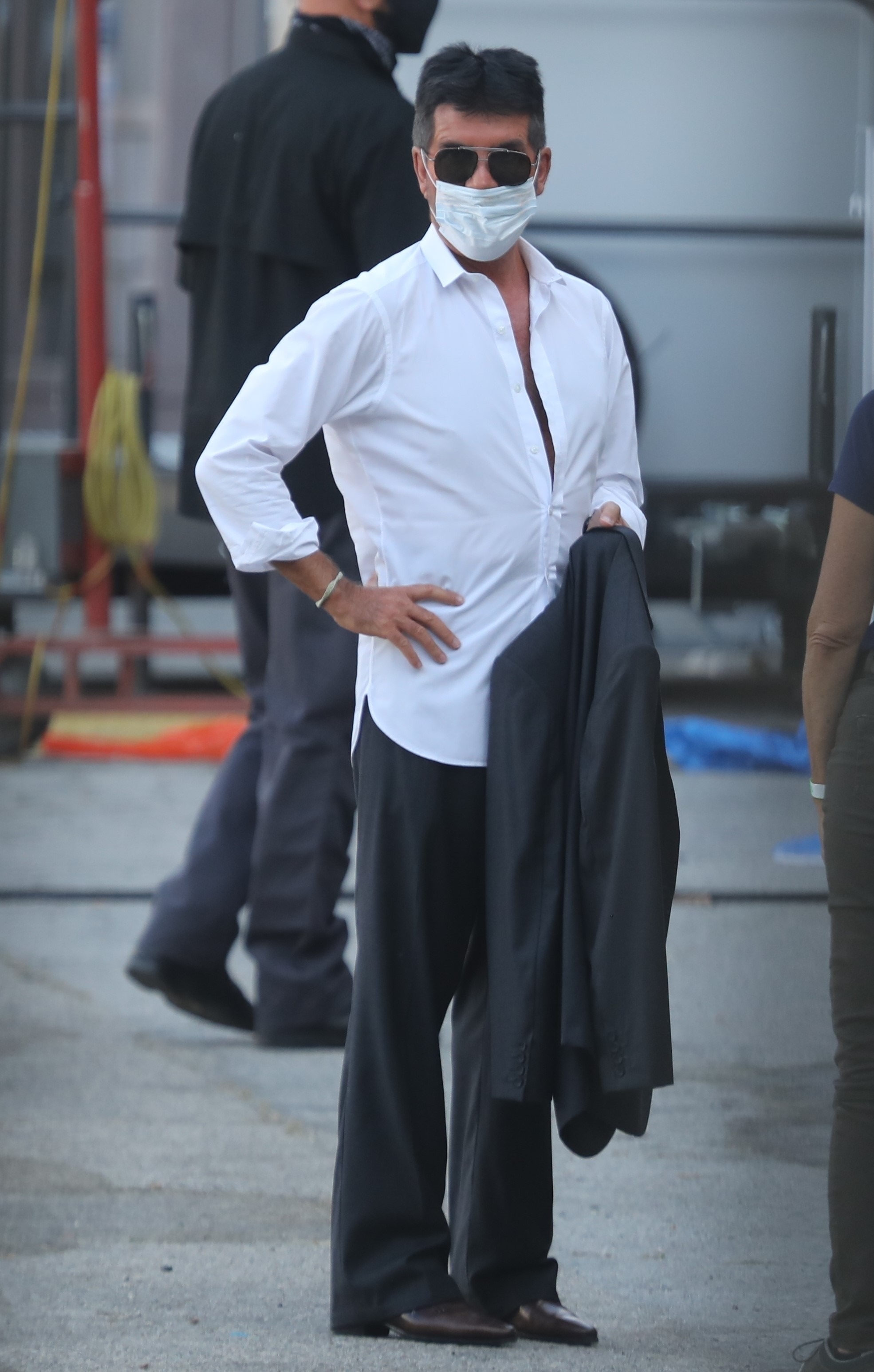 The dad-of-one was blown away by Shaquira McGrath, who was auditioning after spending years plagued by negative comments about her appearance.

After giving her a standing ovation, Simon told her: "People who judge other people are idiots. You have a great, great voice."

However, the return of America's Got Talent has been somewhat overshadowed by former judge Gabrielle Union's claims that Simon believes he is above the law due to the fact he smoked inside during her time on the NBC show. 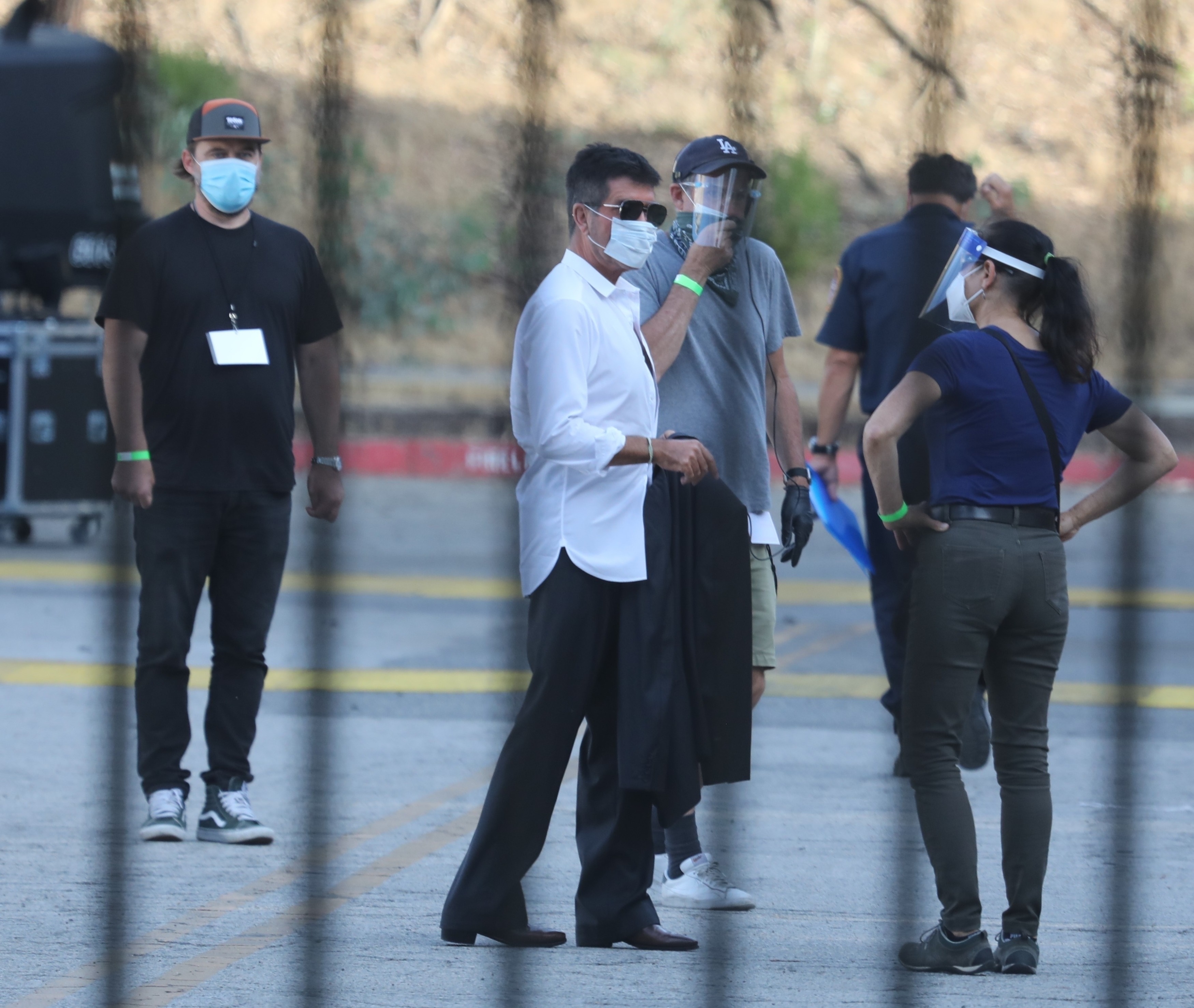 In a recent interview, 47-year-old Gabrielle said: "Day one, Simon Cowell is smoking cigarettes inside. I've worked a long time. I've worked with all kinds of people. I've never experienced that."

Revealing that she is severely allergic to cigarette smoke, she continued: "When your boss – the person who has the ability to determine who gets opportunities and who doesn't – doesn't believe that the law applies to him or the rules apply to him, and he does it in full view of NBC, Fremantle and Syco and no one cares about Simon Cowell exposing all of these employees to second hand smoke, that's day one. 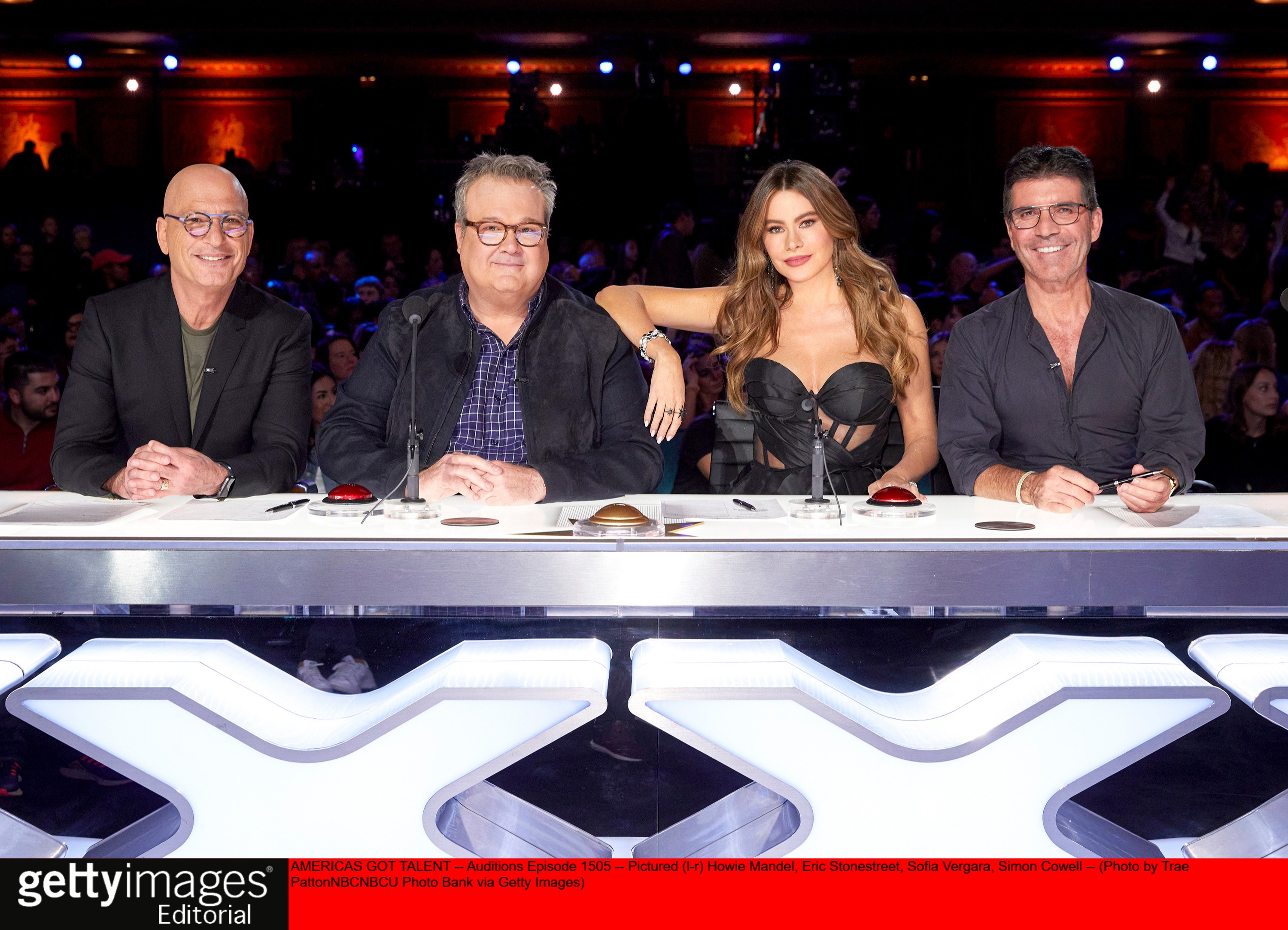 "What message do you think that sends to anyone that has an issue with the very real racism and the lack of accountability?" Gabrielle continued. "And it goes on and on and on."

Gabrielle has filed a harassment complaint against Simon and NBC as she claims a network chairman tried to silence her reports of racism.

"I decided to participate in this investigation," Gabrielle said in her interview. '"Silly me, I thought 'independent' was independent. But when NBC and [producers] Fremantle and Syco pay for that investigation, they control it.

"They turn over what they believe to be inflammatory things, or things that are not advantageous to me.

"In the middle of an investigation about racism and discrimination? This is what's happening from the top of the company," she alleged. 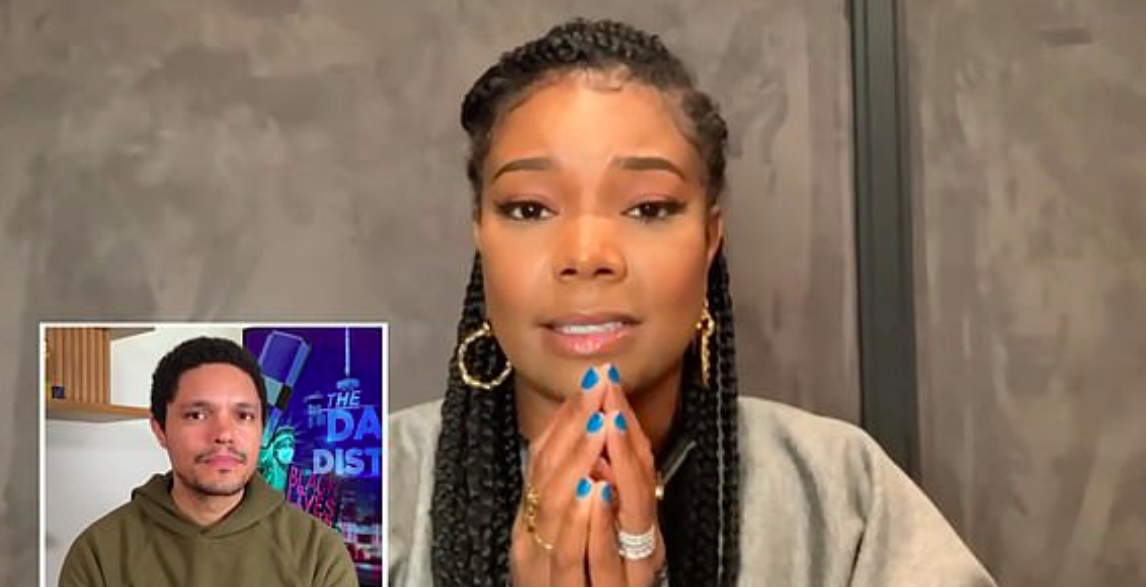 At the beginning of June, Gabrielle's husband Dwayne Wade claimed their family was "watched and followed" after Gabrielle made the accusations of racism on the set of America's Got Talent in 2019.

In a series of tweets, Dwyane claimed that when negotiations between Gabrielle and NBC Universal, FremantleMedia and Syco began, the family were "trailed by people looking for answers".

In response to Gabrielle's harassment complaint, a statement from NBC sent to The Sun read: "The allegation that anyone involved in this process threatened Ms. Union is categorically untrue. 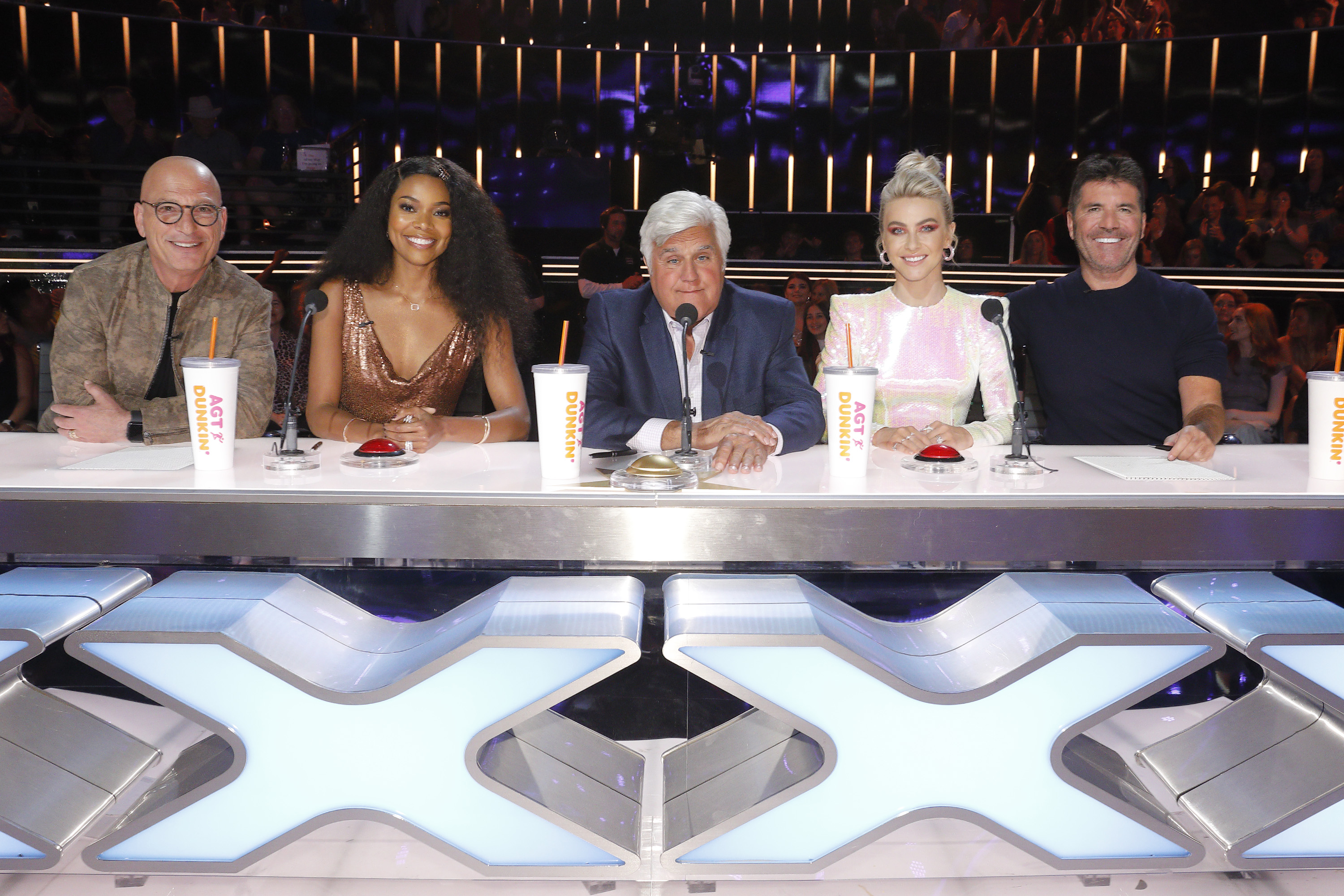 "We took Ms. Union‘s concerns seriously and engaged an outside investigator who found an overarching culture of diversity on the show.

"NBCUniversal remains committed to creating an inclusive and supportive working environment where people of all backgrounds are treated with respect."

Gabrielle left the NBC competition show in 2019 and went on to cite the "toxic culture” as the reason for her departure.