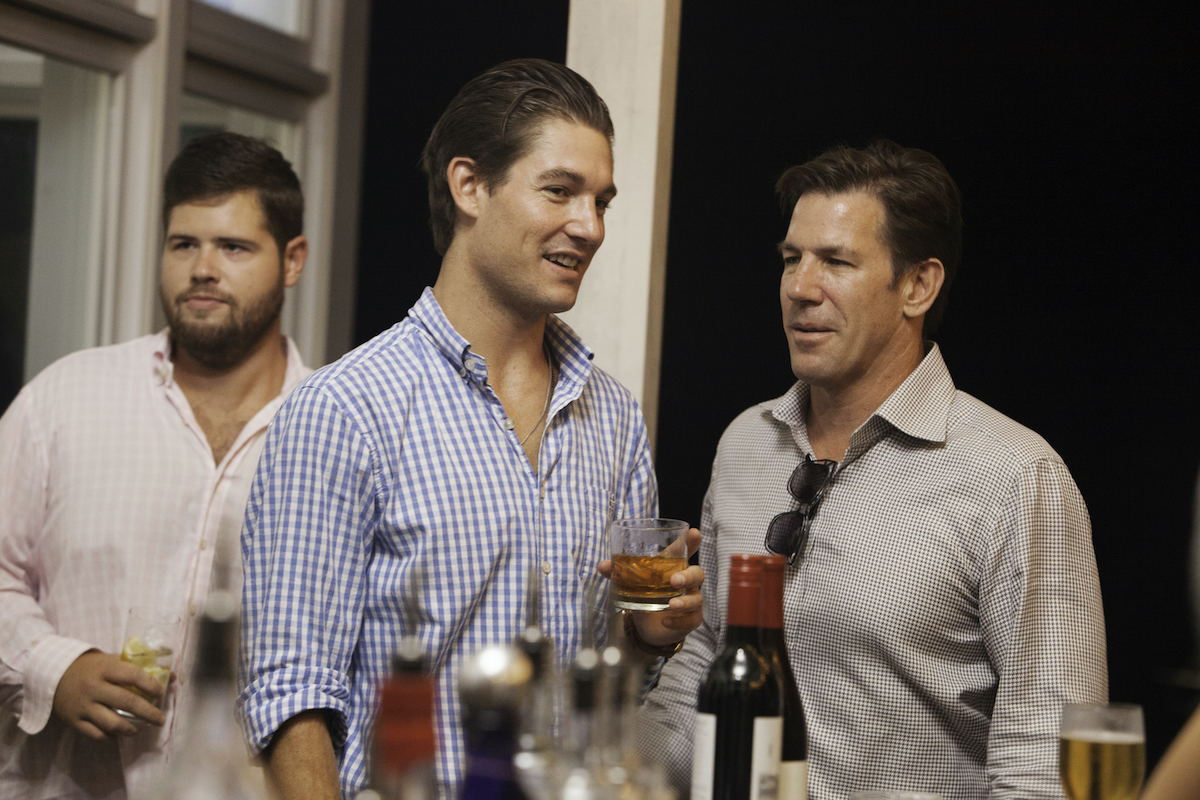 “I mean, some people will say, like, we shouldn’t give them a platform or show it, [but] it’s not a positive for Thomas that he filmed at all,” Conover told US Weekly. “So, anyone worried that we’re helping him by filming him, it’s not accurate. I mean, for him to go on Twitter all the time and blast the show and then film? It’s just incredible.”

Indeed, Ravenel has made nothing but angry remarks about the show since he left. Ravenel no longer appeared on the series after he was accused of sexual assault. His brief return took viewers and the cast by surprise and some fans were angry he was featured on the show.

The segment was likely a ‘one and done’ moment

Ravenel said he allowed producers to film a small moment for the show. “I just let them film a little segment with the kids as a favor to Kathryn,” he told Us Weekly. “I wasn’t paid. At the time, she was staying at my house in the guest room because her house was being painted and was unsafe for her and the kids.”

Conover was right about how the segment won’t be helpful for Ravenel. Fans lashed out on Twitter when they saw Ravenel on their screen. “This is why after all these seasons I’m not tuning in,” Bravo fan LoveAndyC tweeted. “@BravoTV, you f**ked up putting this attempted rapist on our screens. It’s appalling decision making.”

“The audacity of this show to put this man back on our screens before we even get to the first commercial break of the season,” Gibson Johns wrote. Another person tweeted, “2020: Expect the Unexpected.”

Conover noted the irony of how Ravenel blasted the series on Twitter but then showed up to film. The observation wasn’t lost on Instagram fan account Two Bravo Sisters either. “Not Very Charming,” they posted along with a February tweet from Ravenel along with video from his season 7 appearance.

Ravenel insisted in Feburary 2020 he’d never return to the show. “Why can’t Southern Charm just promote itself without obsessing about me,” he wrote. “I’m gone and will never return. Yet, all the articles which should be promoting what a wonderful show it is instead spew venom at me and it’s been two years. Not very charming.”

He also tweeted about departing cast members in May, sharing that they left because the show was fictionalized. “So Cameran [Eubanks] Wimberly, Chelsea Meisner, Naomie Olindo as did I refused to return for another season of Southern Charm,” he shared in a now-deleted tweet. “I obviously know why. Is anyone curious?”

“For one 40 minute episode they film 40 hours yet as a cast member you can’t utter the word ‘edit.’ They show you a character acting badly but cut the part out that provoked the bad behavior,” he continued. “Their contract says they have the right to ‘fictionalize’ your story, it’s really bad.”

Southern Charm is on Bravo every Thursday at 9/8c.