Home » TV and Movies » Spoilers: Funeral disaster for Gail and Eileen in Corrie

Spoilers: Funeral disaster for Gail and Eileen in Corrie 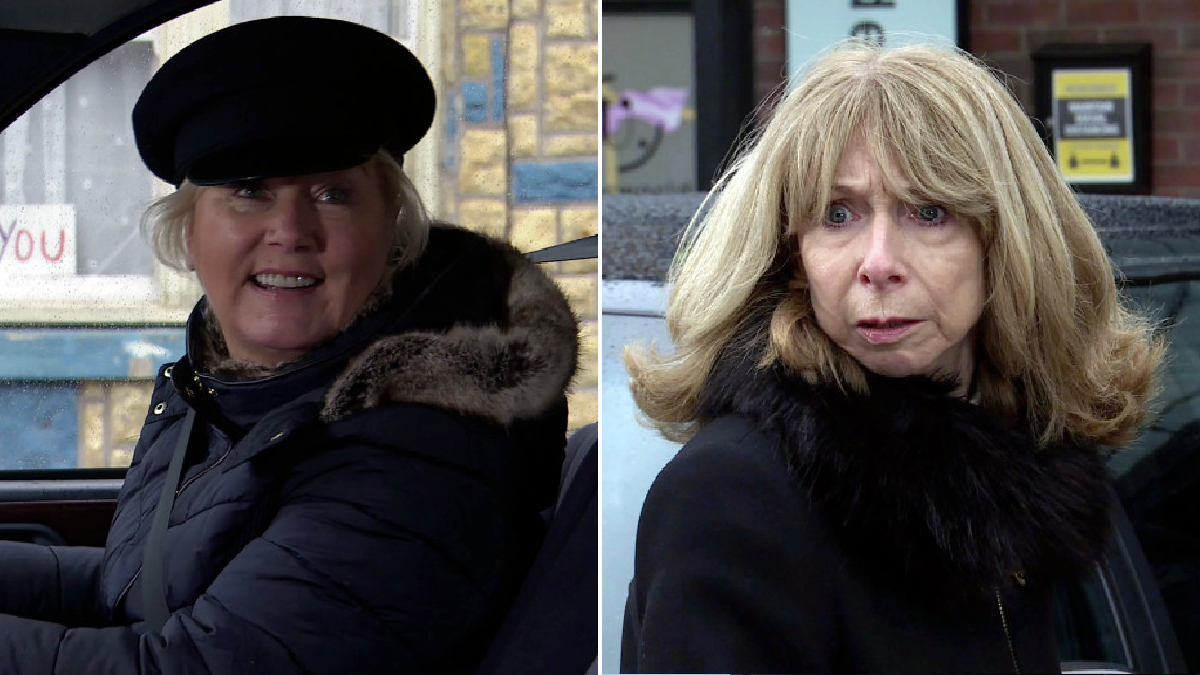 The ongoing feud between Gail Platt (Helen Worth) and Eileen Grimshaw (Sue Cleaver) in Coronation Street has seen them fight over several different things, one of the main reasons for their feud usually comes down to fighting over a man.

As Gail and Eileen continue to both be interested in George (Tony Maudsley), they set about organising Ted’s funeral soon, but it leads to disaster.

Eileen assures George that with Tim (Joe Duttine) driving the hearse, Ted’s funeral will go like clockwork. Steve’s (Simon Gregson) put out to discover that Eileen’s arranged for Tim to drive the hearse at Ted’s funeral rather than asking him.

With Ted’s coffin centre stage in the living room, Gail confides in Audrey (Sue Nicholls) that she just wants Ted to have a fitting send off and hopes Eileen doesn’t mess things up.

Jittery Tim announces he can’t go through with driving the hearse and hurries away.

Eileen leaps in the hearse and assures George she knows what she’s doing – but does she?

Later, George tells Eileen that she publicly humiliated him and he wants nothing more to do with her, leaving Eileen devastated.

How will Gail react to Eileen ruining Ted’s funeral?