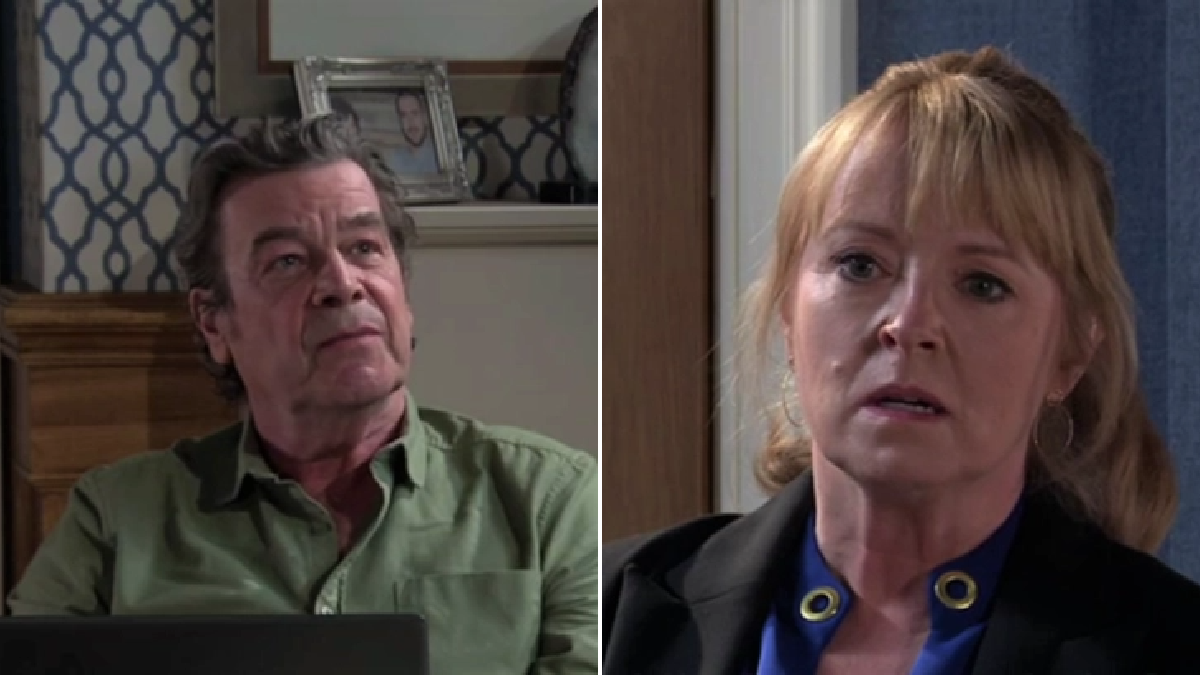 It’s been a tense, awkward environment in the pub ever since Johnny Connor (Richard Hawley) returned in Coronation Street.

The initial awkwardness of course came from Jenny’s (Sally Ann Matthews) increasing feelings towards Ronnie (Vinta Morgan). Now that’s all out in the open, Johnny is now looking for a future without Jenny in it as tonight (June 7), he announced he’s putting the Rovers Return up for sale.

Daisy (Charlotte Jordan) discovered Jenny had finally told Johnny things were over between them, and it’s safe to say she was delighted.

With their marriage definitely over, Jenny was left shocked when Johnny announced he had put the pub up for sale so he could use the money to find somewhere new to live.

Knowing money was needed, scheming Daisy managed to manipulate Ronnie into paying a visit, thinking he would provide enough money to be a silent business partner so Jenny could still keep the pub.

Jenny’s left with a huge problem on her hands as Purplebricks advertise the selling of the iconic pub.

Can Jenny find enough money in time so she doesn’t lose her home?