Home » TV and Movies » Spoilers: Kim and Gabby crush Dawn as they join forces in Emmerdale

Spoilers: Kim and Gabby crush Dawn as they join forces in Emmerdale 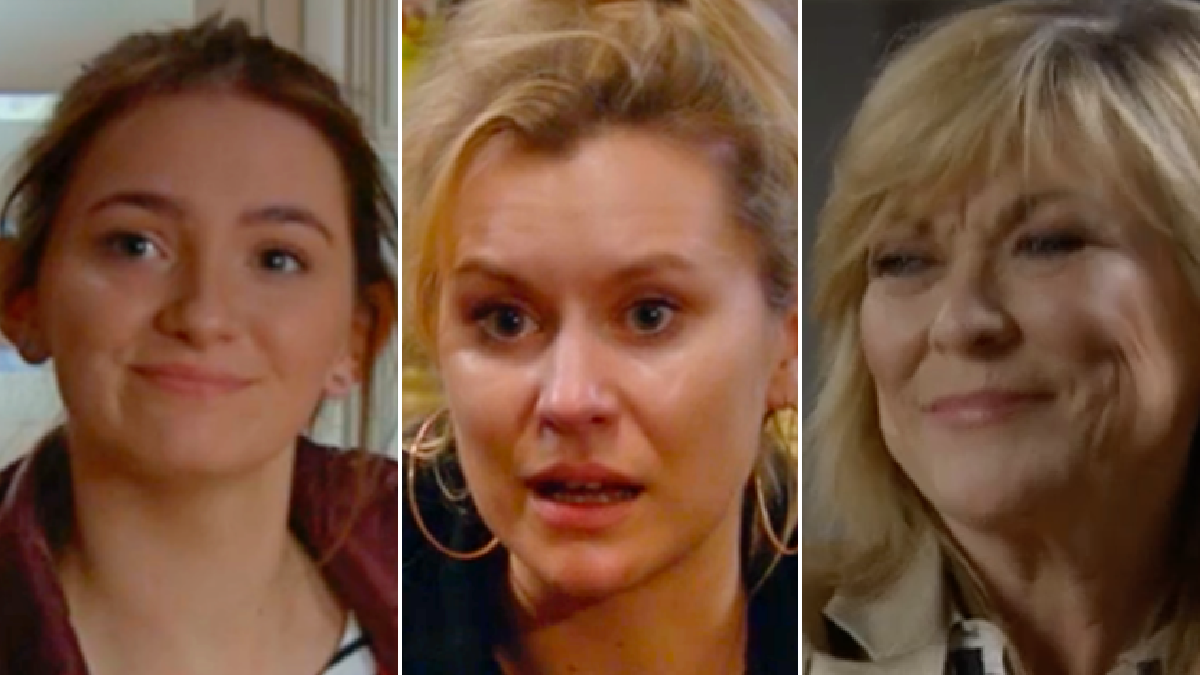 Viewers will know that Kim has taken something of a dislike towards Dawn, and she’s not pleased that Jamie (Alexander Lincoln) has started to fall for her.

Gabby was similarly seething when she discovered that Jamie has feelings for Dawn, as she wants the young man to herself, following their one night stand.

Therefore, after promising Kim that she will prove just how useful she can be, Gabby set in motion a plan that ultimately resulted in Dawn losing her job.

Yes, with Bear Wolf’s (Joshua Richards) wallet having turned up at Hawksford, Gabby acquired the item and put it in Dawn’s bag.

Jai Sharma (Chris Bisson) soon realised that the item had gone missing, and thus he decided to investigate, before accusing Dawn of theft.

Dawn professed her innocence, but she was left scratching her head in confusion when the wallet turned up in her bag!

Kim put two and two together, realising that Gabby had set Dawn up, and in the wake of Dawn’s sacking, she invited the young girl up to Home Farm.

A dangerous new alliance has been forged.