Home » TV and Movies » Spoilers: Tyrone confirms his love as he defends Fiz in Corrie

Spoilers: Tyrone confirms his love as he defends Fiz in Corrie 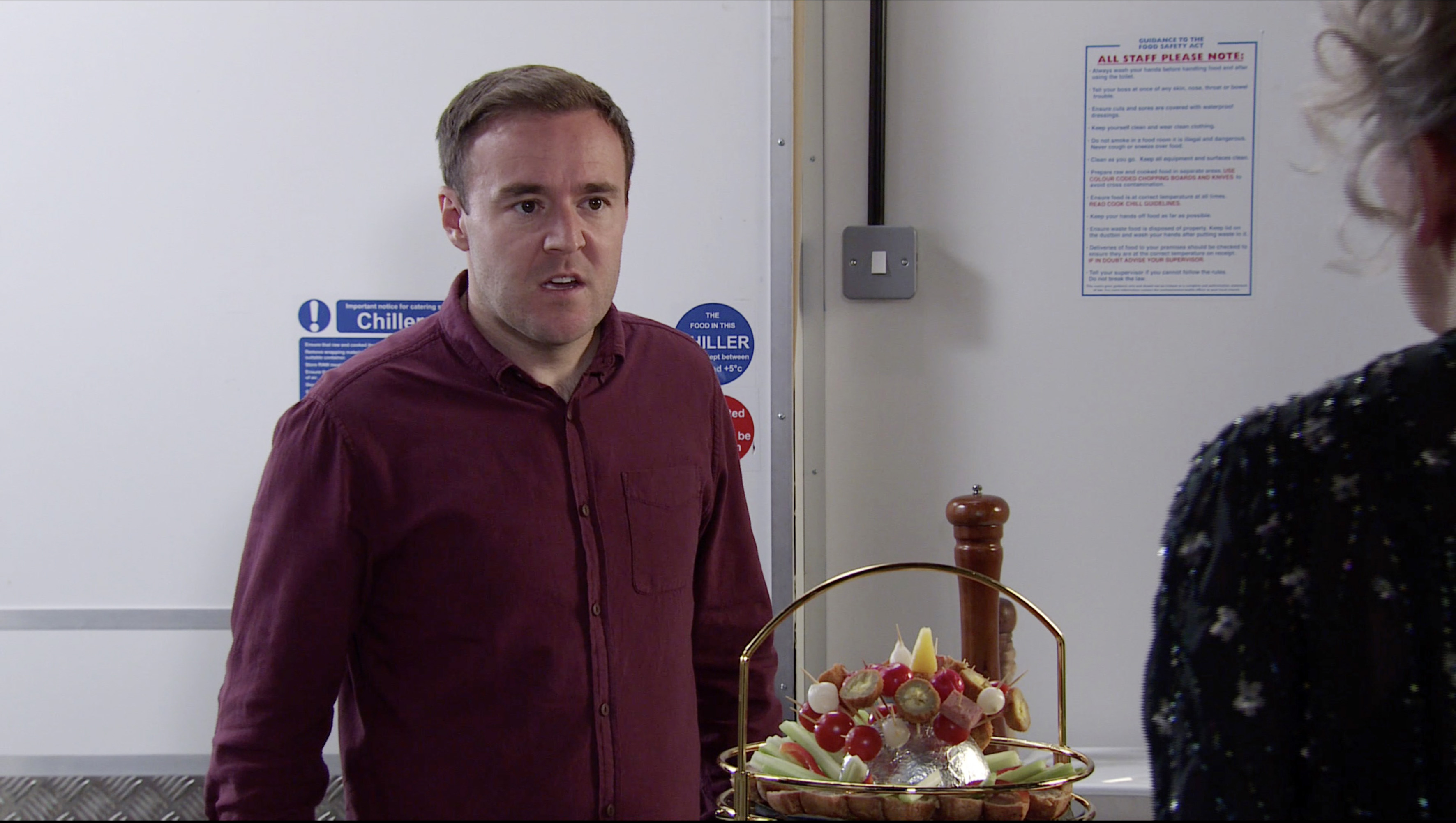 Life will continue to be a struggle for Tyrone Dobbs (Alan Halsall) in Coronation Street as he very much confirms he’s still in love with Fiz Stape (Jennie McAlpine).

Fiz is put out to find Phill and Mimi drawing up plans for his party and ordering hideous party dresses for her and the girls.

Feeling unsupported by Phill in the face of his mother, Tyrone finds Fiz at the Christmas market, drowning her sorrows.

Tyrone attempts to make Fiz feel better, telling her Phill has booked a surprise Christmas holiday for her and the girls.

Delighted and feeling confident, Fiz decides to make her feelings about Mimi clear to Phill.

The next day, Tyrone clocks Fiz’s discomfort at the party and takes Mimi to the kitchen.

Delivering a few home truths, Ty asserts that Phill is the luckiest man alive to be with Fiz.

They head back to the party and Mimi is mortified to realise she has left her mic on.

What has been heard?

Has Tyrone accidentally told a room full of people he’s still in love with Fiz?