Star Wars ventured into new territory in 2016 with the arrival of Rogue One: A Star Wars Story. The film detailed how a group of rebels captured the plans to the Death Star, and couriered them to Princess Leia (played by Carrie Fisher), in turn kickstarting the events of the first ever film in the franchise – Star Wars: A New Hope.

Although all of the rebels involved were successful, they didn’t make it out alive.

After battling as best they could on the planet of Scarif, they succeeded in sending the plans to the princess just as the Death Star fired at the imperial base they were in.

This meant that Jyn Erso (Felicity Jones), and Cassian Andor (Diego Luna) were killed off as the planet exploded.

However, it sounds like Jyn Erso could be on her way back to screens in future projects. 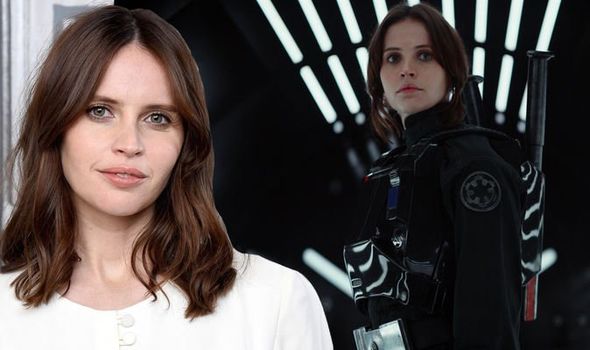 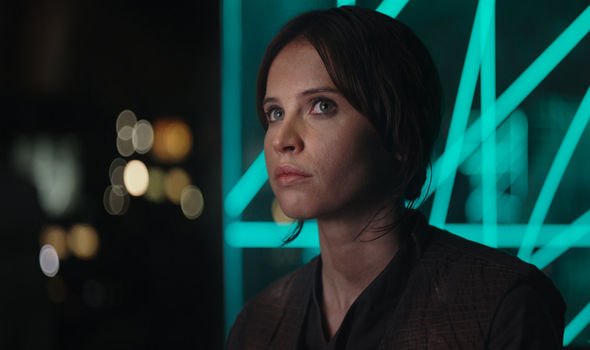 Jyn Erso star Jones recently spoke out about the future of her character in the Star Wars universe.

Speaking to The Hollywood Reporter, Felicity said: “I just keep saying that reincarnation is totally possible in the Star Wars universe.”

Felicity is certainly correct. Over the course of the past 40 years Star Wars fans have seen the revival of Darth Maul (Ray Park), and – more recently – Boba Fett (Temuera Morrison).

An even more dramatic return was the arrival of Emperor Palpatine (Ian McDiarmid) – otherwise known as Darth Sidious – in The Rise of Skywalker. 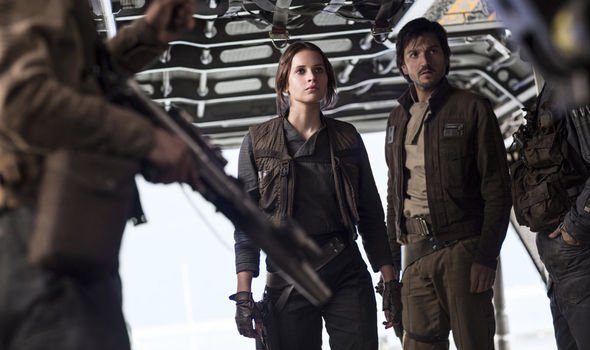 Felicity went on to add: “So, I feel there’s unfinished business for Jyn, for sure.

“I think it would be fascinating to see her getting older and wiser and fighting the dark forces in the universe, of which there are many it seems.”

It seems as if Jyn Erso was well and truly killed off at the end of Rogue One – but could Felicity know something that fans do not about her future in the franchise?

Although Cassian Andor also died on the planet, he has a prequel TV show coming out in the next year on Disney Plus.

Could the influential character be gearing up to tell her story from before the events of Rogue One?

Felicity isn’t the only actor speaking about making a return to the franchise.

Beaumont Kin star Dominic Monaghan recently gave a hint about reprising his role as the codebreaker.

Speaking to Express.co.uk, Monaghan first confessed: “I’ve not heard anything at all.”

The Lord of the Rings star continued: “Obviously I would always be into the idea of going back, because it’s such a phenomenal project to try and be involved in.

“I’m lucky – I’m friends with Taika Waititi, who I think is doing certainly one of the next Star Wars films.

“So I’ve been giving him a nice casual amount of general hassle to find out if he’s interested in including my character in some way.”

The Star Wars franchise is available to watch on Disney Plus now.