Home » TV and Movies » Star Wars: The Mandalorian reused a side character from The Force Awakens

Star Wars: The Mandalorian reused a side character from The Force Awakens

Star Wars fans will no doubt have been keeping up with the Disney Plus show The Mandalorian this season. While Mando (played by Pedro Pascal) has been looking for help in locating the Jedi in order to protect the Child – Baby Yoda – he has not been doing so well. Episode two of season two saw Mando being attacked by a group of raiders.

During this exchange, Mando was tripped off his speeder, and was forced to take on this group of evildoers without hurting the Child.

Although he was ultimately successful in defending himself, Mando did lose sight of the baby.

When he turned around, a small mechanical creature was holding a knife against Baby Yoda’s head.

Mando effortlessly took down this creature – but eagle-eyed fans would have noticed this was the same character design that was featured in Disney’s The Force Awakens. 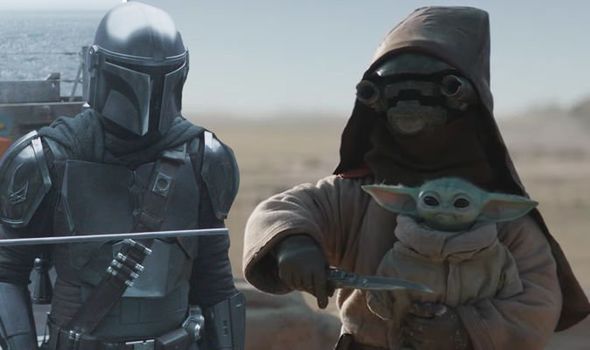 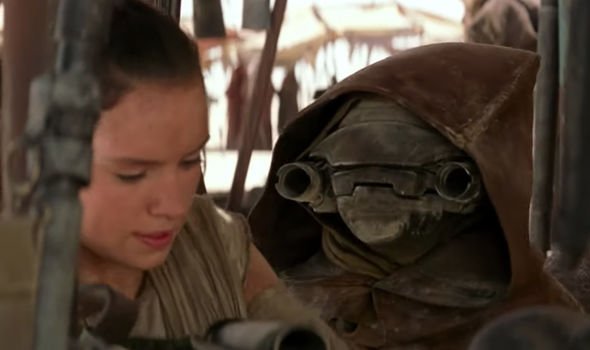 Upon closer inspection, this was the same character design as Scrapjaw Motito – one of the scavengers from Jakku.

In The Force Awakens Rey (Daisy Ridley) can be seen scrubbing her salvaged findings before being screamed at by a short, metal creature – Scrapjaw Motito.

Concept artist behind this character, Jake Lunt Davies, recently posted on his Instagram account the connection between the creatures.

He told his followers: “Well this guy showed up in #themandalorian ep10. Some relation to Scrapjaw Motito in TFA [The Force Awakens].”

Scrapjaw obviously wasn’t a very nice character in The Force Awakens, and that seems to have stemmed from long before his appearance in the film, as his reign of terror was still present in The Mandalorian.

This wasn’t the only creature being reused from the films in the episode.

Later in the episode Mando was tasked with saving his passenger, a frog lady, from a horde of horrific-looking spiders.

These spiders were not only disgusting to look at, but were also insanely powerful, and succeeded in grounding Mando’s ship, the Razor Crest. 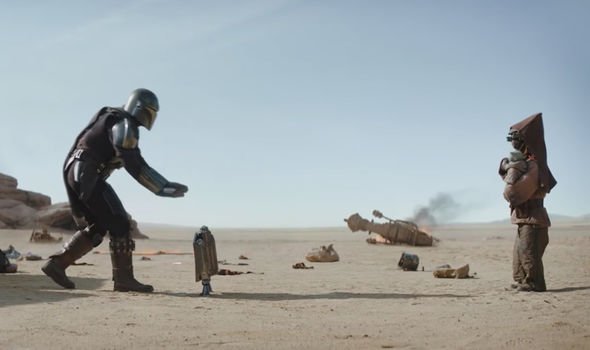 It was revealed later that these spiders were actually an original idea from The Empire Strikes Back.

In the iconic 1980 film, Luke Skywalker (Mark Hamill) journeyed to Dagobah to meet Yoda for the first time.

Concept art for the meeting showed these horrific spiders in the background, cementing just how tough the terrain was.

The creatures were ultimately cut from the original film, prompting its use in The Mandalorian.

A brand new book recently detailed just how much the franchise has changed over the years.

In The Star Wars Archives, fans got a glimpse into how the sequel trilogy would have looked with George Lucas at the helm.

The original plan was for Darth Maul (Ray Park) to be the main antagonist of the sequel trilogy, and Princess Leia (Carrie Fisher) to act as the chosen one of the Force.

The Star Wars films are available to watch on Disney Plus now.