Stranger Things is still one of the most talked-about series on Netflix and it is now in its third season. A fourth season is well underway but it has been postponed due to the coronavirus outbreak. In the meantime, fans have been revisiting some iconic scenes from the third season, and stunt co-ordinator Hiro Koda has revealed a secret about the fight against Eleven (played by Millie Bobby Brown) and Billy Hargrove (Dacre Montgomery).

How did Eleven win the fight against Billy?

Stranger Things season three was one of the most intense series yet, as it showed how the demonic creatures from the Upside Down had infiltrated Hawkins.

One of the main characters in the series is Billy, and he was taken over by evil creatures, turning him into an even bigger antagonist in season three.

In an iconic fight scene at the swimming pool, Eleven gets into a huge fight with Billy at a sauna, and she uses her unique powers to keep her friends from harm.

The demonic creature known as The Mind Flayer had taken over Billy, and his body was used to kidnap residents and build The Spider Monster.

Stunt co-ordinator Hiro Koda has spoken exclusively to Express.co.uk about how the sauna fight scene was executed. 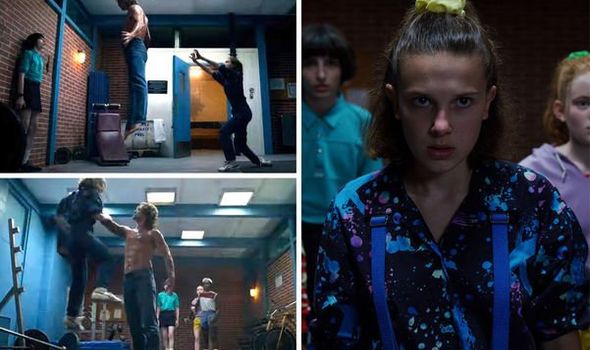 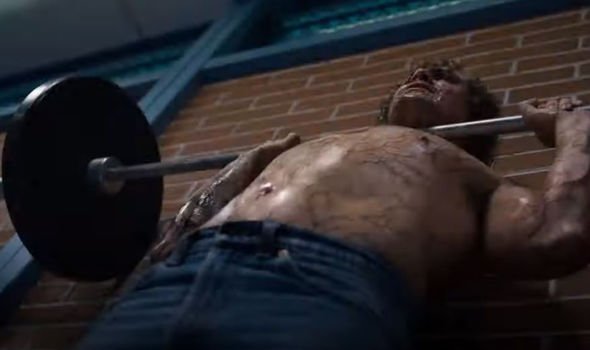 He said: “One of the bigger sequences was the sauna fight with Billy and Eleven. He was shirtless and there was a lot of wirework involved.

“We created some rigs which were not seen to create the illusion of Eleven picking him up and throwing him around. That was a lot of fun, it was a big challenge.”

In the scene, Billy started to feel the effects of the Mindflayer taking over his body while he was in the sauna.

Eleven and her friends use a chain to lock him in the sauna, but he was too strong and managed to break through.

Eleven used her powers to pick up weights and throw them across the room at him, pinning him to the wall. 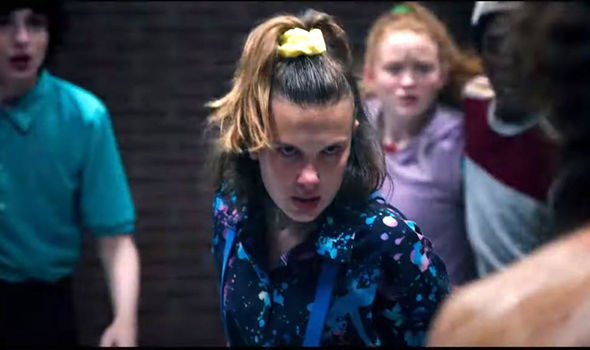 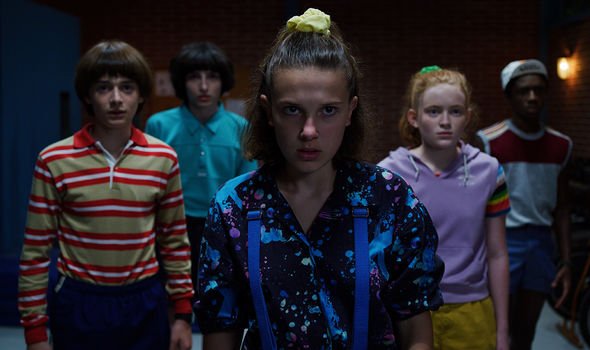 But a possessed Billy managed to fight back and started strangling Eleven, picking her up by the neck to her feet are off the ground.

Billy was just about to hurt Mike Wheeler (Finn Wolfhard) when Eleven used her powers to lift him off the ground.

Usually, actors wear clothing so they can be rigged up with harnesses, which lift them into the air.

However as Billy was shirtless in the scene, it was an even bigger challenge to lift him off the ground without people seeing the rigs.

Flashing lights and different camera angles were used to create the illusion he is in mid-air.

Eleven then used the rest of her strength to send Billy hurtling across the room, and he smashes through a brick wall.

Fans have commented on the action-packed scene, which proves the talent of the actors and stunt team.

One fan said: “In my opinion this scene was the most intense for me. A part of me knew the kids are usually never in real danger.

“But this scene was really good at making it seem like at any moment one of them could die, even Eleven.

“I don’t know why, but I started crying. It just was such a horrifying scene, but so well done. I still feel like it took too long for Mike to act lol, but honestly at that age I would be in shock too.”

Koda worked on a number of iconic fight scenes throughout season three, including the end scene between Jim Hopper (David Harbour) and Grigori (Andrey Ivchenko).

Speaking about the sauna fight scene on fan said: “Did this scene get an award? It should have because it’s amazing.”

Fans have also praised the scene as it was one of the most improvised throughout the season, with Millie Bobby Brown saying she unintentionally fell into Mike’s arms.

One viewer said: “When at the end El just fell in Mike’s arms, my heart just sank and I started crying.”

Fans are eagerly awaiting the next season of Stranger Things which is likely to drop on Netflix in 2021.

Stranger Things is available to watch on Netflix now