Stunning flat on Instagram-famous street is on sale for £4million 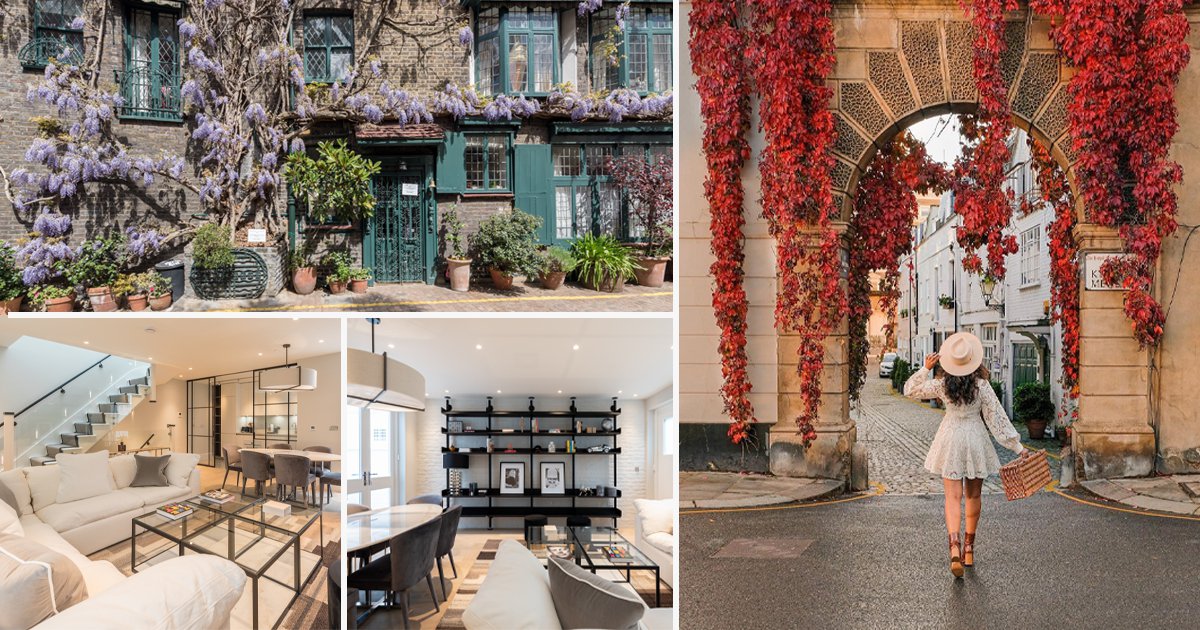 You could live in a house on one of London’s prettiest streets – as long as you’ve got a budget that reaches just under £4million.

The three-bedroom property is situated on the highly Instagrammable Kynance Mews, which is a favourite among social media users thanks to its cobbled street, pretty homes, and swathe of hanging flowery plants.

The Grade II-listed arches don’t harm the street’s kerb appeal either, with the street having appeared in films such as Damage, starring Juliette Binoche and Jeremy Irons, and Star! starring Julie Andrews.

Situated in leafy South Kensington, properties on this sought-after street aren’t often put up for sale.

However, it doesn’t come cheap, with hopeful homeowners needing to pay £3.95 million to get their hands on the property.

For that, you’ll get 1000 sqft of recently renovated finery.

The house has three bedrooms, with the master and third bedrooms including en suite shower rooms.

The sizeable main bathroom includes a marble sink, shower, and a bidet, and there’s a patio off the living/dining room.

There’s built-in storage all over the shop, and a handy utility room with space for a washer and a dryer.

Located near High Street Kensington and Gloucester Road stations, the house is also minutes away from Hyde Park.

The listing reads: ‘One of the most desired mews streets in London, this is an incredibly rare opportunity to acquire a three-bedroom property in this coveted address.

‘This particular property has recently been renovated, and while being over 1000 sqft with a rear patio, it is not only larger than most on the street it also presents a perfect opportunity for a new owner to create something rather special.’

Interested? The property has been listed with Lurot Brand.