Meghan Markle asked about Suits character by Larry King in 2013

The pair have been friends for over a decade since they were cast in the hit legal drama, with Meghan as the fiery paralegal Rachel Zane and Abigail as law firm partner Dana Scott. Abigail was even invited to Meghan’s wedding to Prince Harry in St George’s Chapel in Windsor exactly three years ago. The Duke and Duchess of Sussex are today celebrating their third anniversary, leading many to look back on the events of that stunningly gorgeous day.

The royal wedding took place just months after Meghan’s on-screen wedding to Patrick, who played Mike Ross in the show, aired on TV.

Meghan’s Suits co-stars have defended her against criticism that she has received over the past few years on a number of occasions.

This year, Abigail made a particularly emotional tribute to her friendship with Meghan on her Instagram. 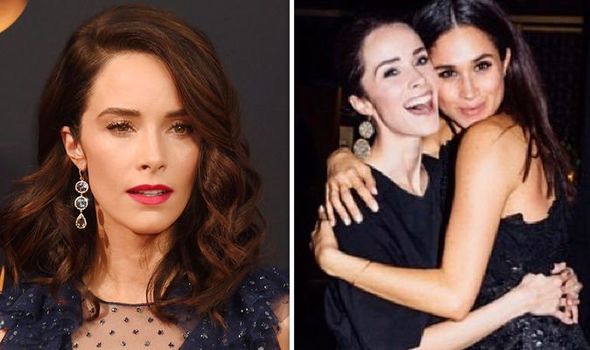 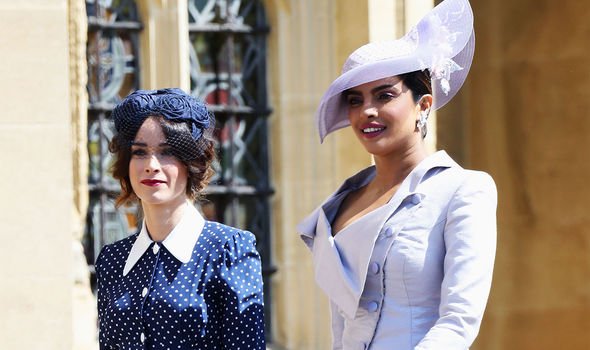 She uploaded a picture of the two women hugging with a long caption detailing some heartwarming private moments.

Abigail made the comments in the run-up to her tell-all interview with Oprah Winfrey.

Abigail described how she and Meghan reunited after some time apart in 2015 at a dinner in Austin, when she invited the Duchess of Sussex and their other cast-mates to join her and her close friends.

She wrote: “After our greeting, she got right to business: getting to know my friends. 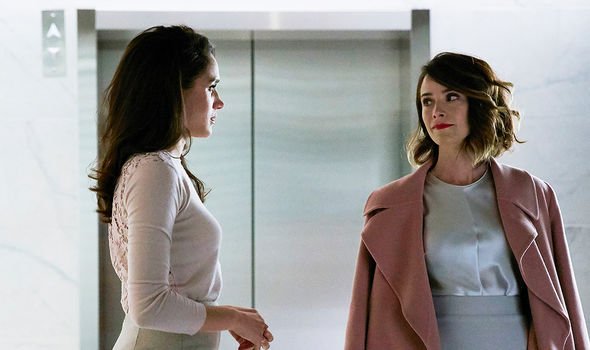 “She was so curious about each of them, relishing the time… with them. Disarming them with her charm and genuine curiosity.

“I was so touched. By this point I have known and worked with Meg for years. She’s what I’d call ‘an on-call friend’. At the ready.

“She’s modelled nothing but generous professionalism on sets and an even more generous friendship in private.

“And on that night, she took my friends as her own.” 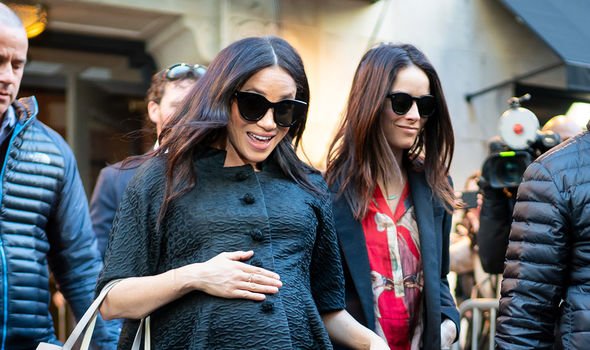 She went on to describe what made Meghan such a good friend.

She recalled how Meghan would surprise her with nice things, give her recommendations and help her feel at home in a new town.

Not only that, but she said Meghan had always been there for her in difficult times like the death of her father and a particularly “gut wrenching” break up.

She said: “I’ve learned so much from Meg. The power of a handwritten note. The loveliness of surprise flowers.

“That she has a perpetual rolodex in her brain of recommendations for the heart, soul and body.

“When I’m headed to a new town, there’s a hotel or dinner reservation at the ready, as well as a connection with one of her friends to show me around so I feel less alone.

“She’s been there for me ‒ and physically held me ‒ in my darkest hours: After my dad died. After a gut wrenching break up she brought me into her home and nursed me back to health.

“Soup and salad waiting in the kitchen, just, if I need it.

“She’s taken my son in as her own. I can’t tell you the value of having another working mother I can lean on when the pressure of visibility and child-rearing woes become overwhelming.

“She’s always been a safe harbour for me, someone I can fall apart in front of… and with. And I have.”

The Royal Family’s official channels did not mark Meghan and Harry’s anniversary today.

However, they did announce that Princess Beatrice is expecting a baby with her husband Edoardo Mapelli Mozzi.