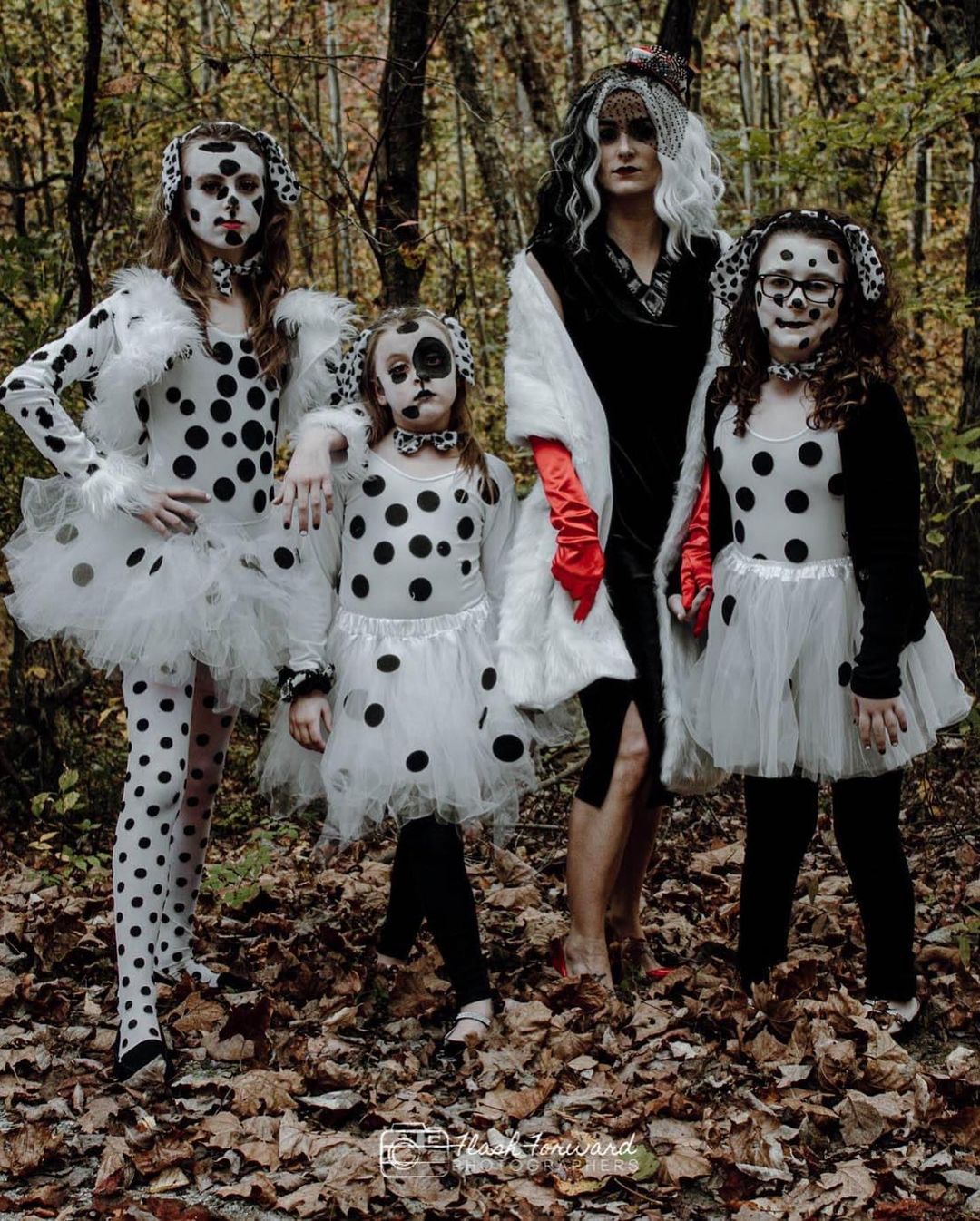 Leah, 28, rounded off her Disney villain look with a black and white wig and super heavy eye make-up.

In a series of images posted to her Instagram Stories from FlashForwardPhotographers, the mom of three revealed the adorably scary dalmatian outfits she'd sourced for twin daughters, Aleeah and Aliannah, and their sister Adalynn.

These included white dresses with black spots and tutu skirts and black spot face paint drawn over their eyes.

To hammer home the theme, some wore polka dot tights while they all sported spotted ear muffs. 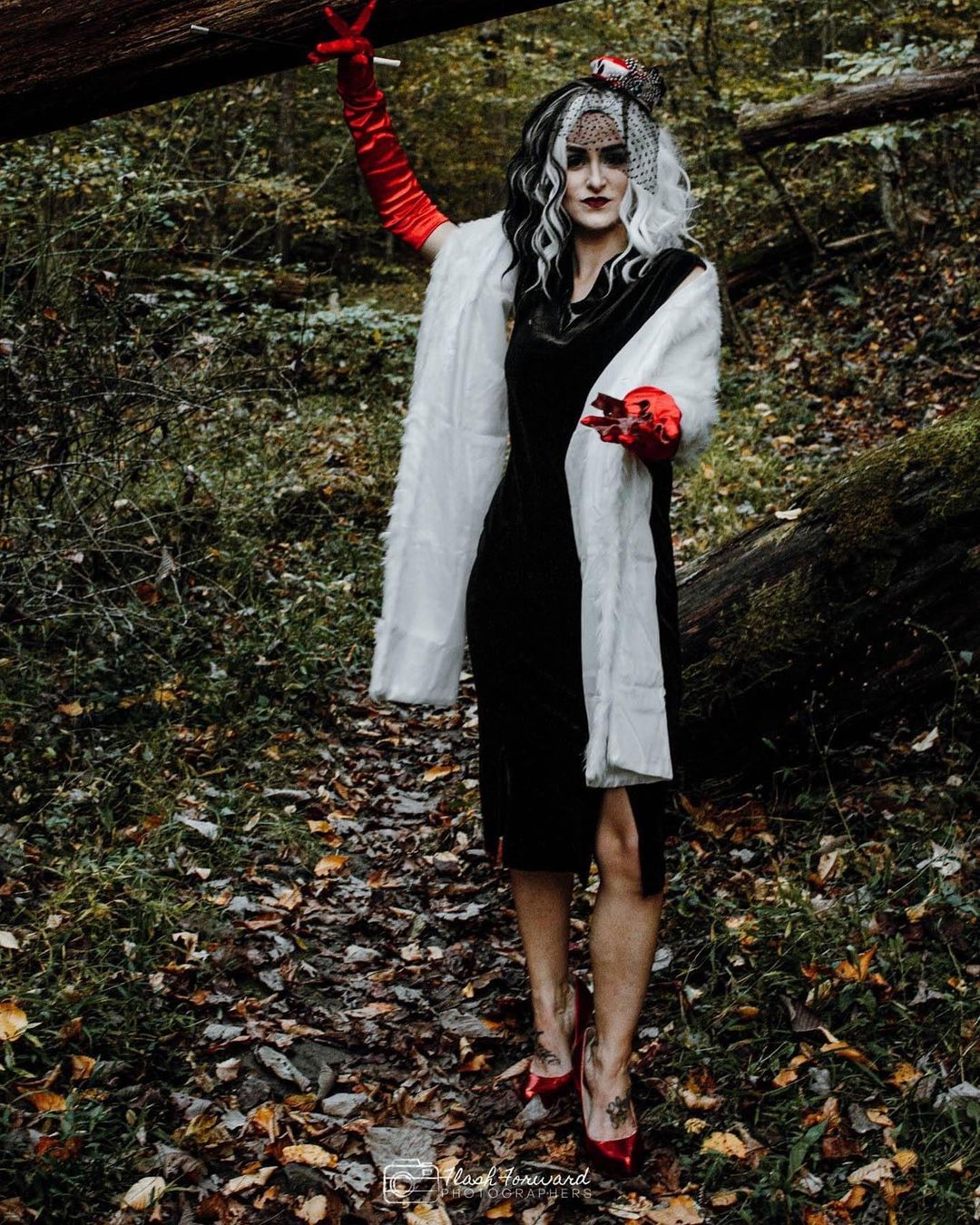 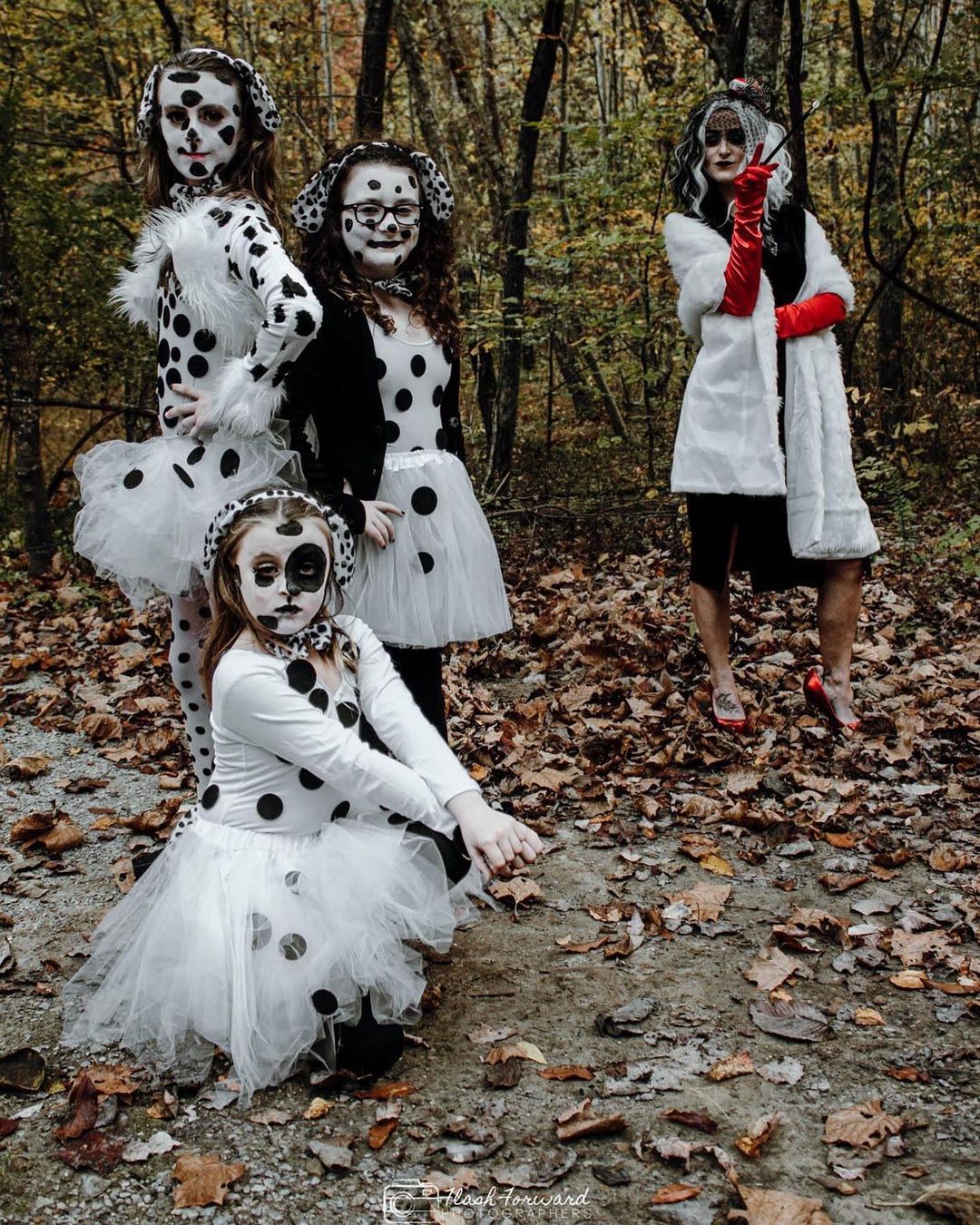 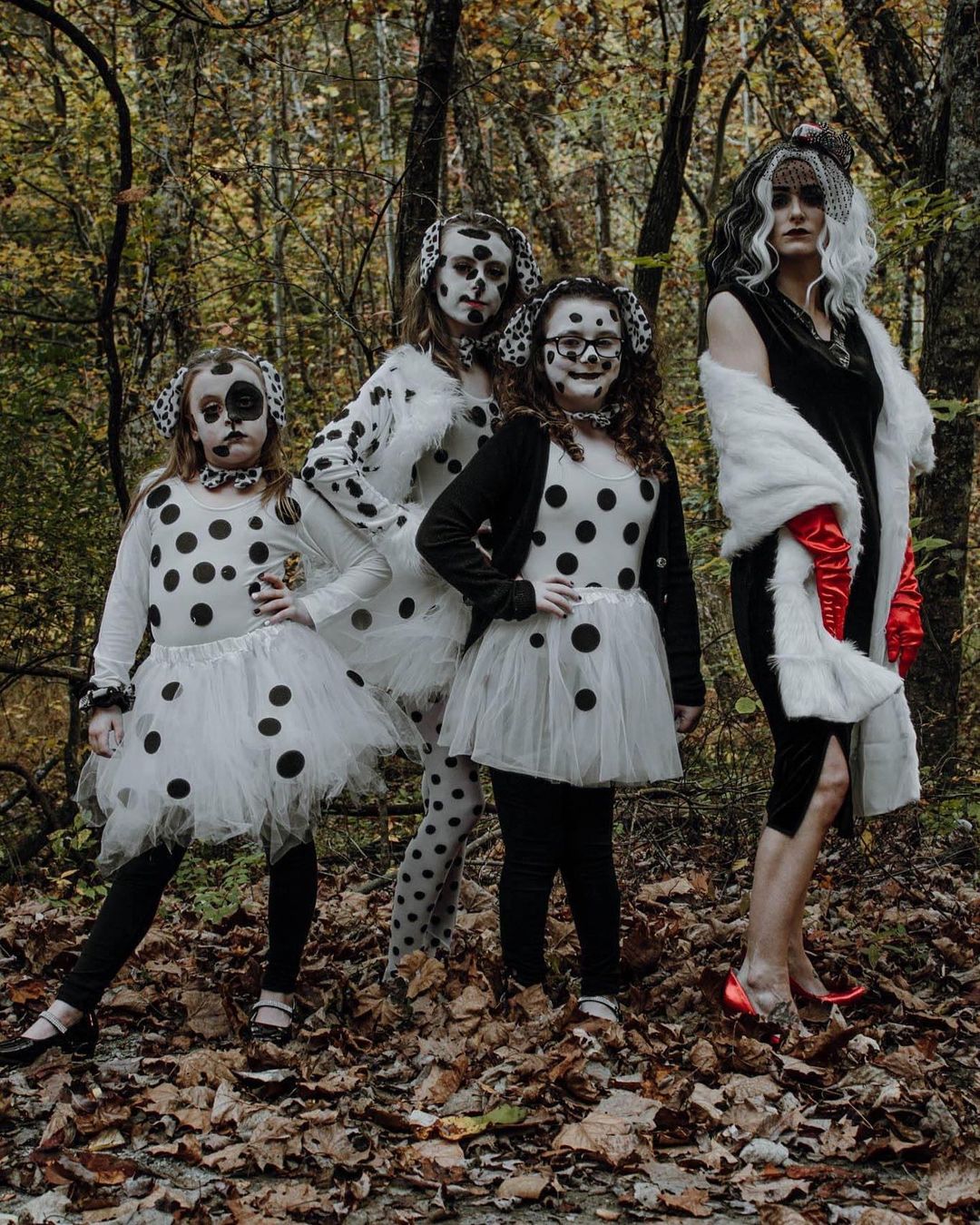 The backdrop of the Kanawha State Forest, dusted with a mix of snow and autumnal leaves, proved the ideal eerie setting.

In her caption, Leah wrote a Cruella de Vil quote stating: "The puppies, darling. I have no use for babies."

Her followers quickly gushed over the themed family shoot, which Leah previously revealed was Aleeah's idea with her doing all the make-up, as one fizzed: "Love these so much!!!"

Another posted: "You killed this look!! And Addie is SERVING honey 🔥." 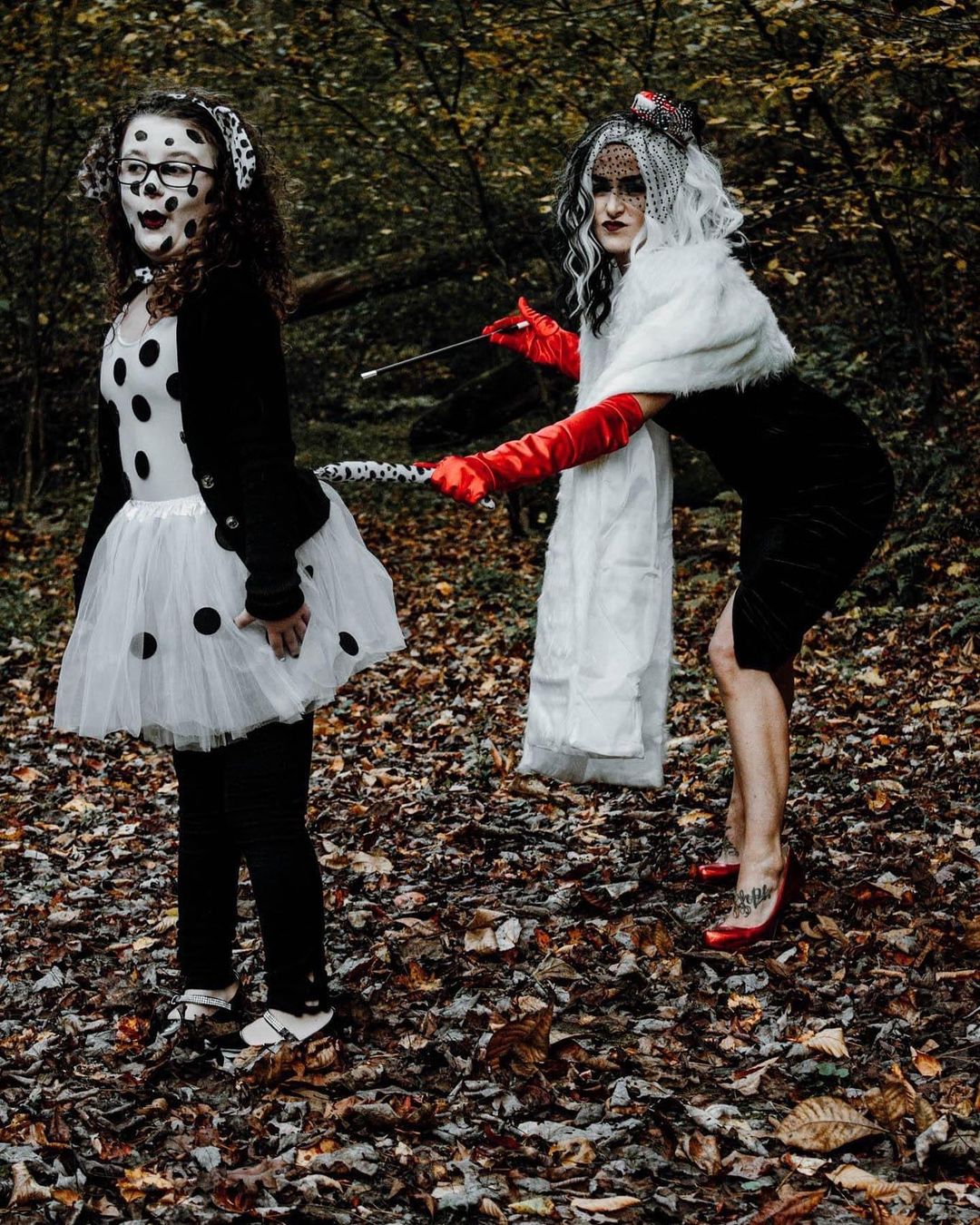 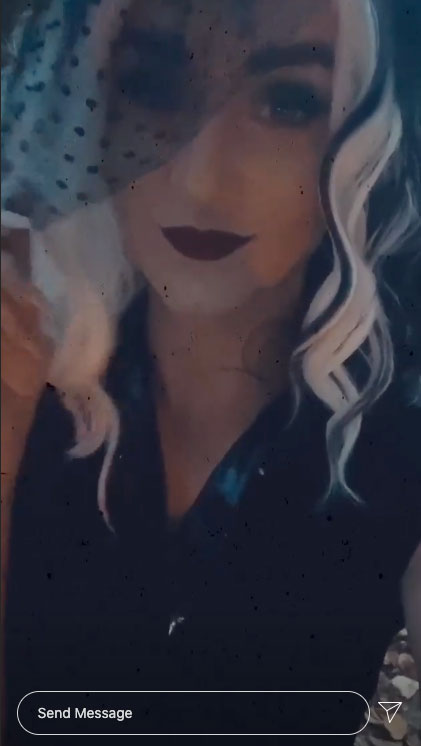 One then added: "These are brilliant pictures you girls looked great x," as another continued: "This is everything 😂❤️❤️ yassssss."

Teen Mom's Leah shares her twins with former husband, Corey Simms, while Adalynn's father is Jeremy Calvert, with whom she split in 2015.

No doubt the images will attract some flack from Leah's trolls, who recently criticized her for, in their opinion, wearing too much make-up. 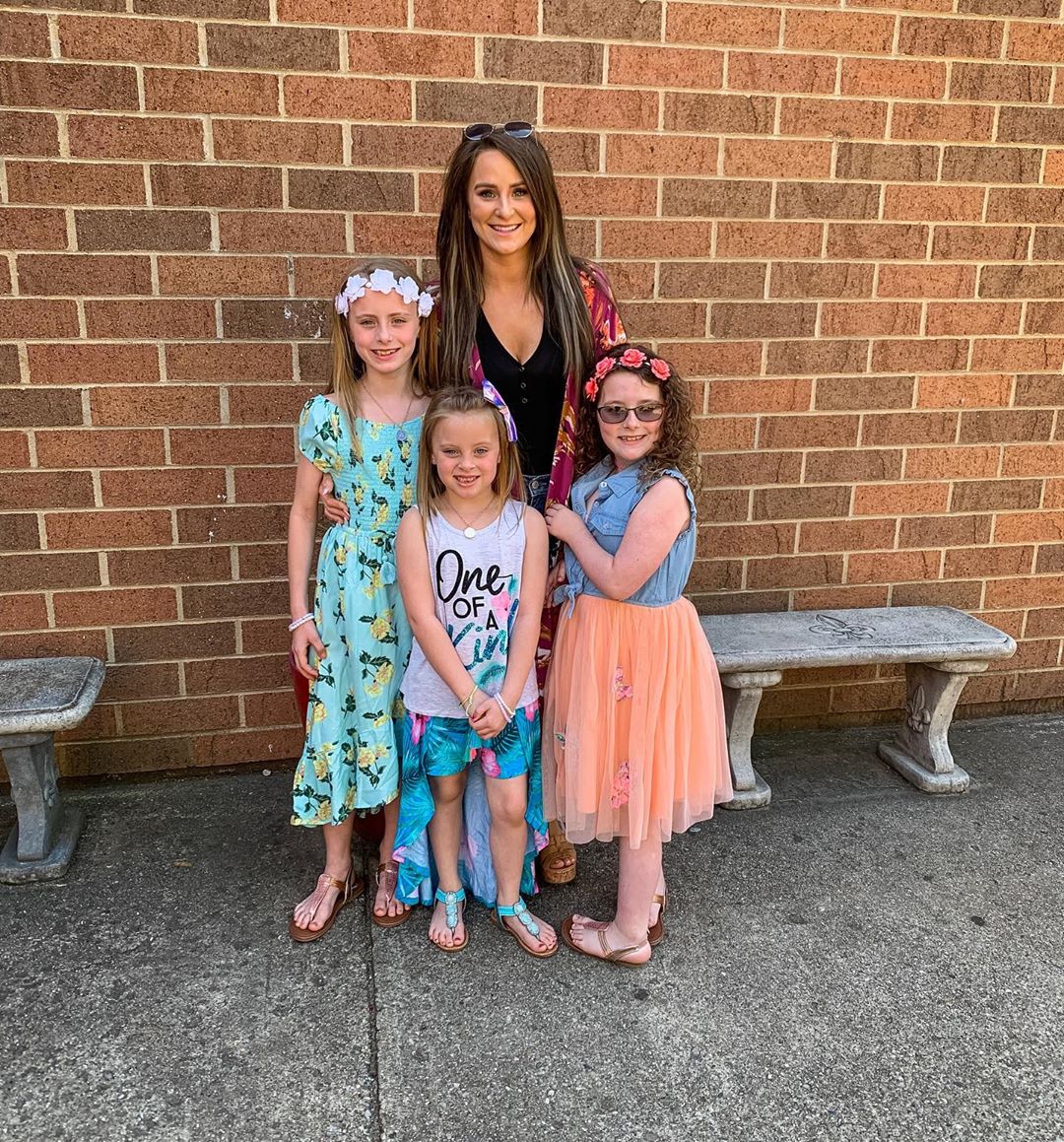 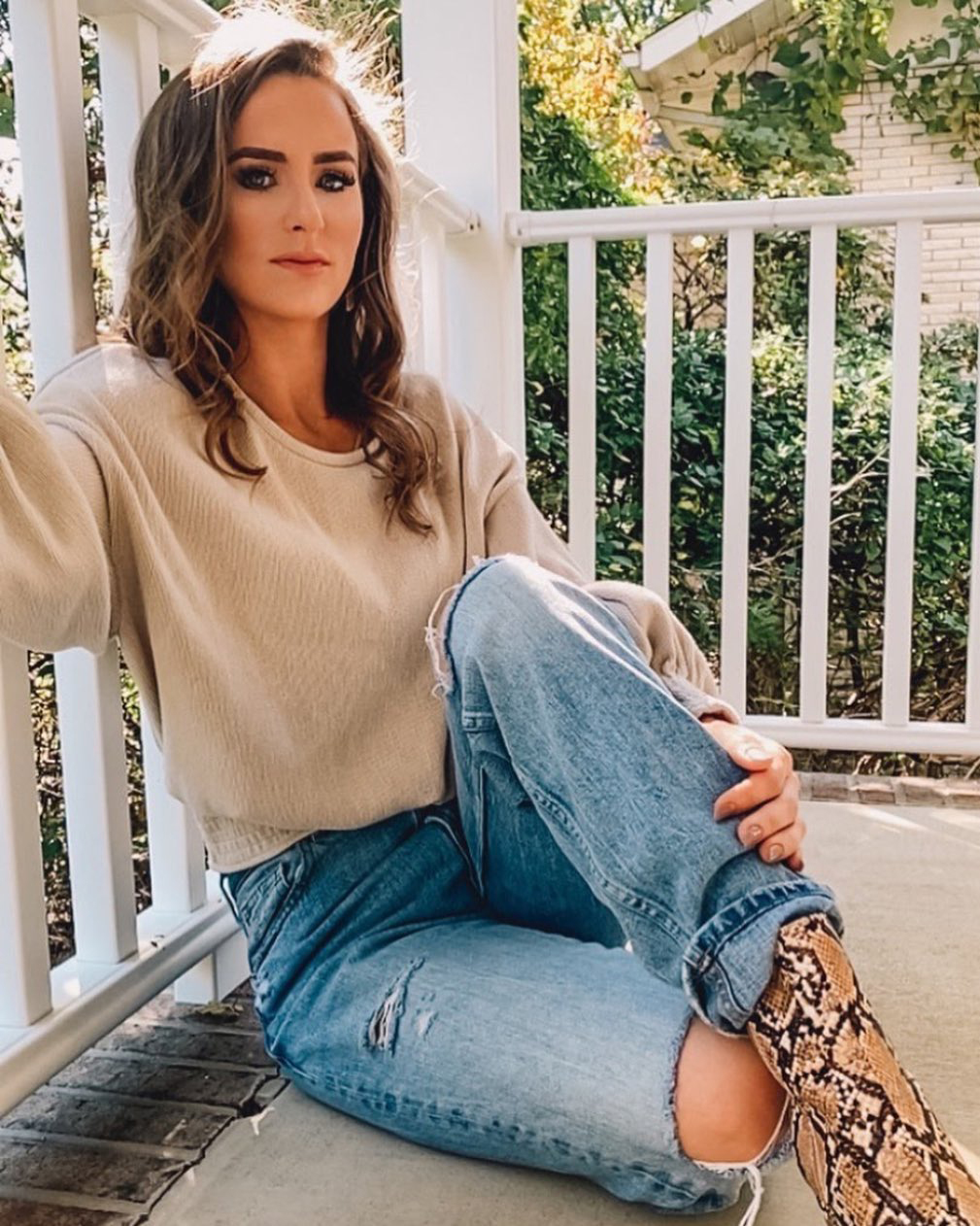 She was quick to clap at what she called their "irrelevant" comments and called on the keyboard bullies to "unfollow me!"

A fan was quick to slam the mom of three, writing: "Does it boost your self confidence when so many people tell you how pretty you are? Is that why you post pics of yourself, do you really need all that?"

The follower than added hashtags including "#benatural" and "#nomakeup."

But Leah was quick to point out that she "enjoys" dressing up, writing: "Not at all. 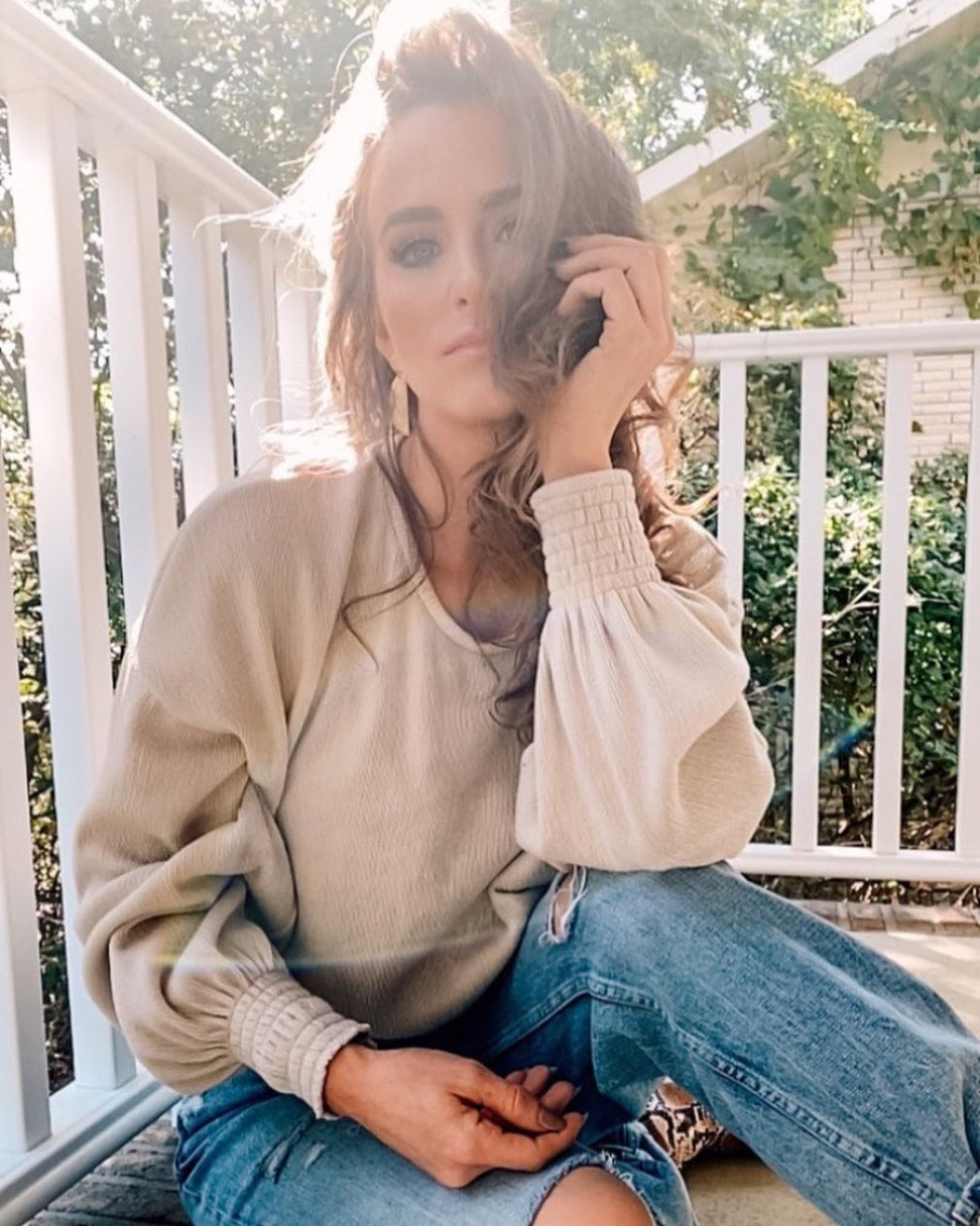 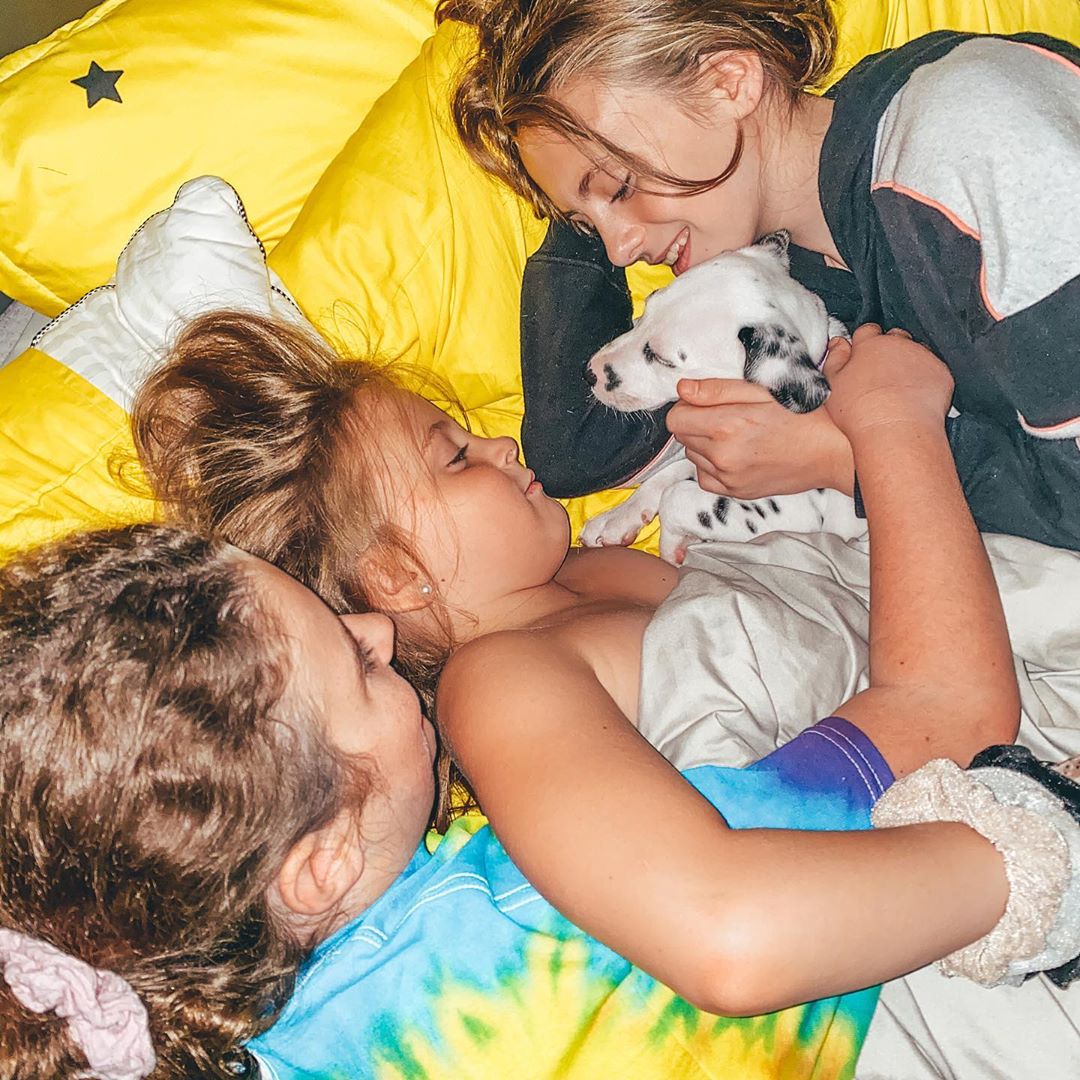 "I personally enjoy dressing up and providing good quality content for my followers.

"You can unfollow me if you’d like because the opinion of you or anyone else is irrelevant to my growth love!"

In a later Instagram Story, she also asked: "Why so much hate on someone's growth?"

Recently, Leah has candidly opened up on the “downhill spiral” of her past battle with addiction in her recent memoir, Hope, Grace & Faith – admitting that she was taking a “ridiculous amount” of pills and at one point had even tried heroin.