TEEN Mom Leah Messer rolled her eyes at photoshop claims and blasted fans who claimed she looked 'unrecognizable' with a sassy video.

The MTV star, 29, posted a selfie to Instagram rolling her eyes and made a peace sign in front of her face clapping back at the claims. 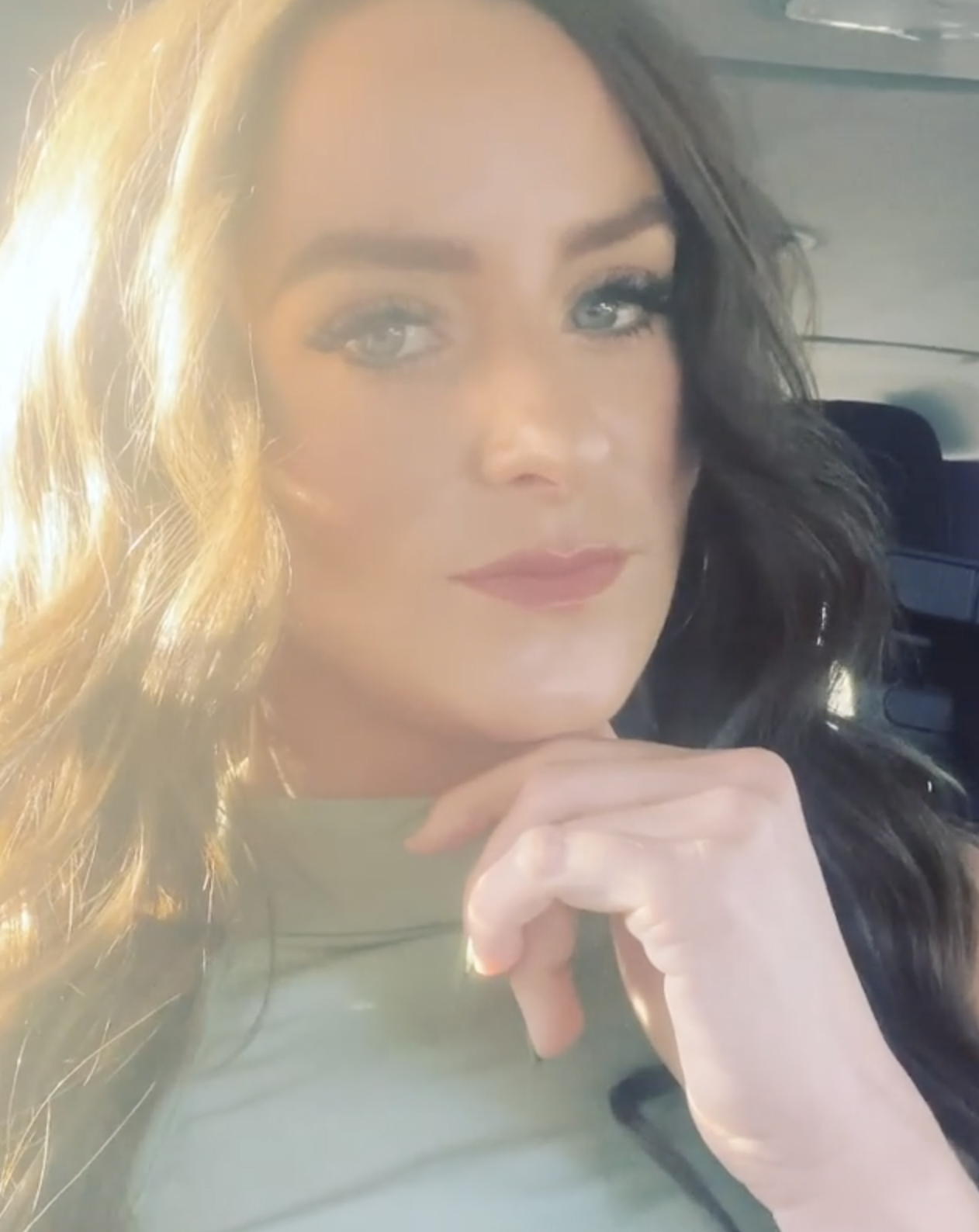 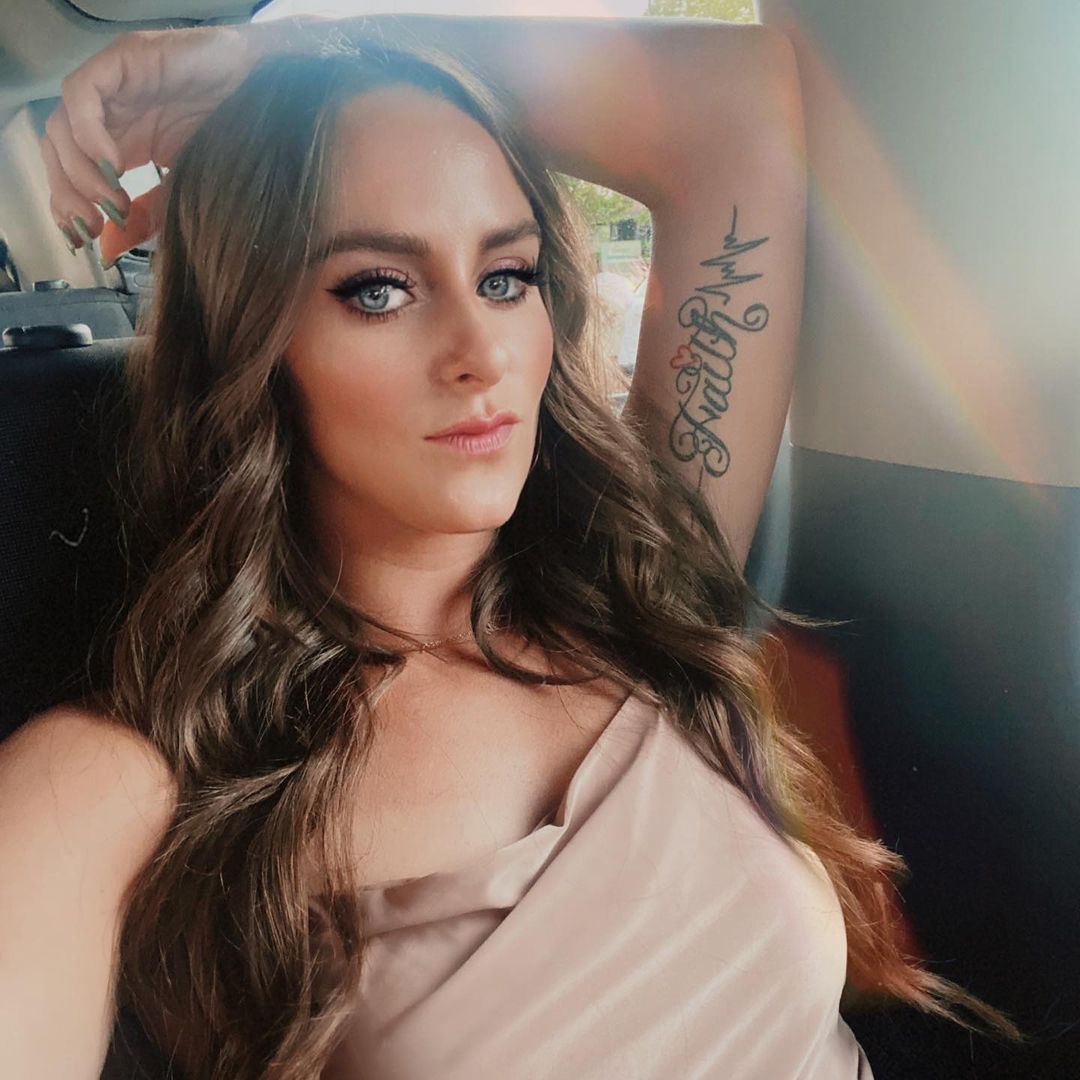 Leah also shared a sassy video where she moved the camera around her face, blinks her eyes, and smiles.

In Leah's car selfie posted early October, the mom-of-three wore a champagne-colored top and stared sultrily into the camera, an arm draped behind her head showing off her tattoo.

Leah used a filter in the selfie that made her eyes look brighter and made it appear as if she had fake lashes on.

But some fans thought she took it further and speculated that Leah had photoshopped the Instagram post saying she looked shockingly "unrecognizable."

"Holy face tune lol she moved to the uncanny valley," commented one fan on Reddit.

A third added: "She looks good but the photo editing she did on her face, mainly her eyes, is super obvious."

Leah's alleged photoshop fail comes after the Teen Mom star responded to rumors that she married her boyfriend Jaylan Mobley amidst pregnancy speculation.

She shared an Instagram video saying: "Hi guys, it's Leah messer from MTV.

"I'm so excited to be joining the Cameo family and getting to connect with every single one of you.

Although one follower was more interested in her relationship status than her social media business and asked in the comments: "Are you married to the new guy or is it a scam."

The MTV star confirmed her romance with US Army officer Jaylan Mobley in September by posting a picture of the hot couple on Instagram.

In the snap, the couple sat on a bench and Jaylan kissed Leah on the cheek.

Leah captioned the shot with a lock and key emoji, as well as a heart emoji.

After making it official with her boyfriend with the PDA post on Instagram, an onslaught of lavish praise came in from both fans and Leah.

The Teen Mom star raved about her new man: "Jaylan is such a great person and I know he'll be such a positive influence in my daughter's lives."

She added: "He's so compassionate, caring, patient, kind, thoughtful, has a great sense of humor, is adventurous, and LOVES kids.

Although fans are happy to see Leah in a new relationship, the MTV star was quick to shut down baby rumors.

In an interview with Us Weekly back in March 2021, the MTV star gushed about her three daughters and opened up about possibly welcoming a fourth child.

The Teen Mom 2 TV personality said: "I don't know where I'd be without them."

She then hinted that she may have more children in the future, sharing: "Listen, if I were to ever get remarried, and let's say they didn't have kids and would want a child, it would have to come with terms and conditions this time because I put my work in!"

Leah added: "I don't know. Whatever's meant to be will happen." 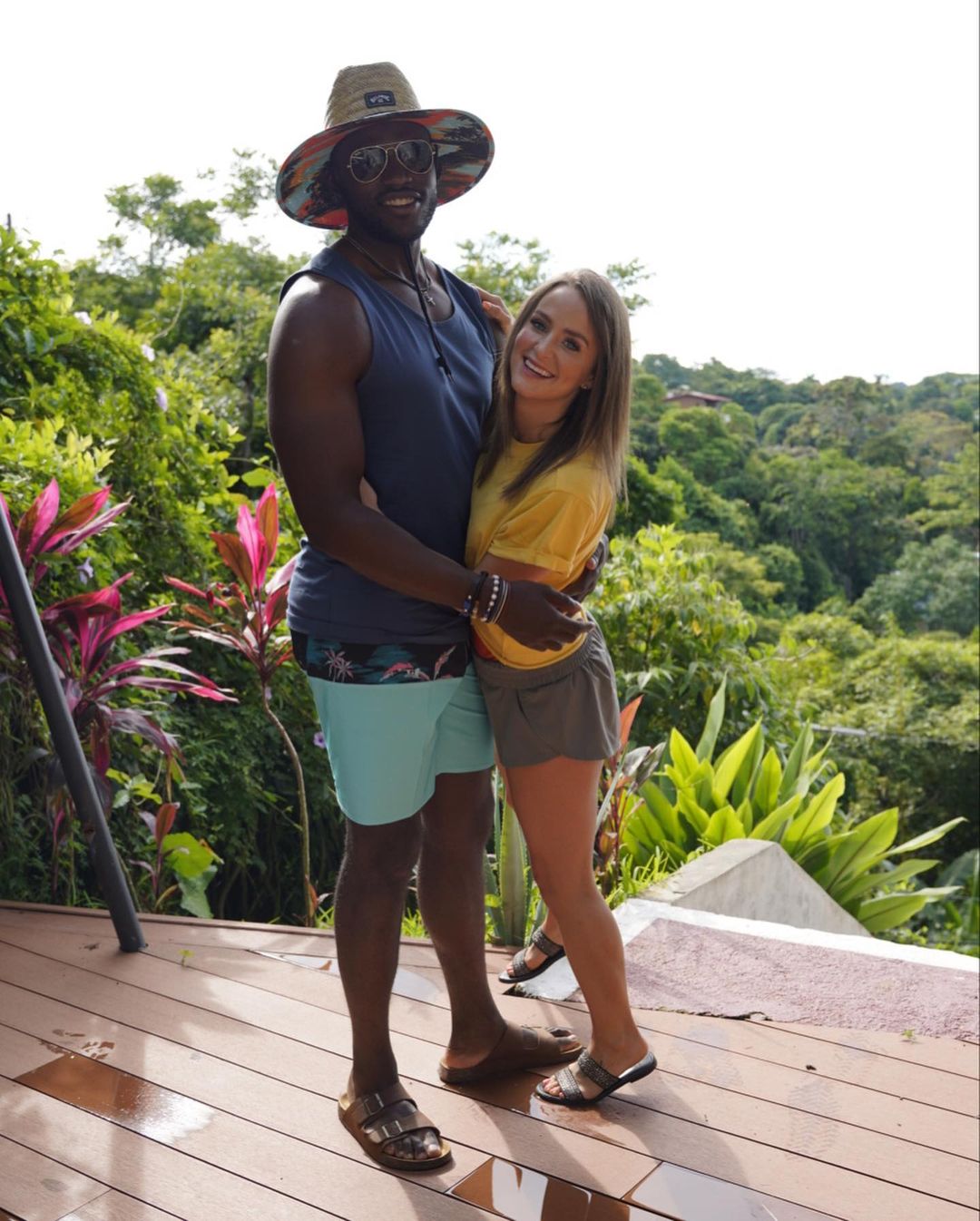 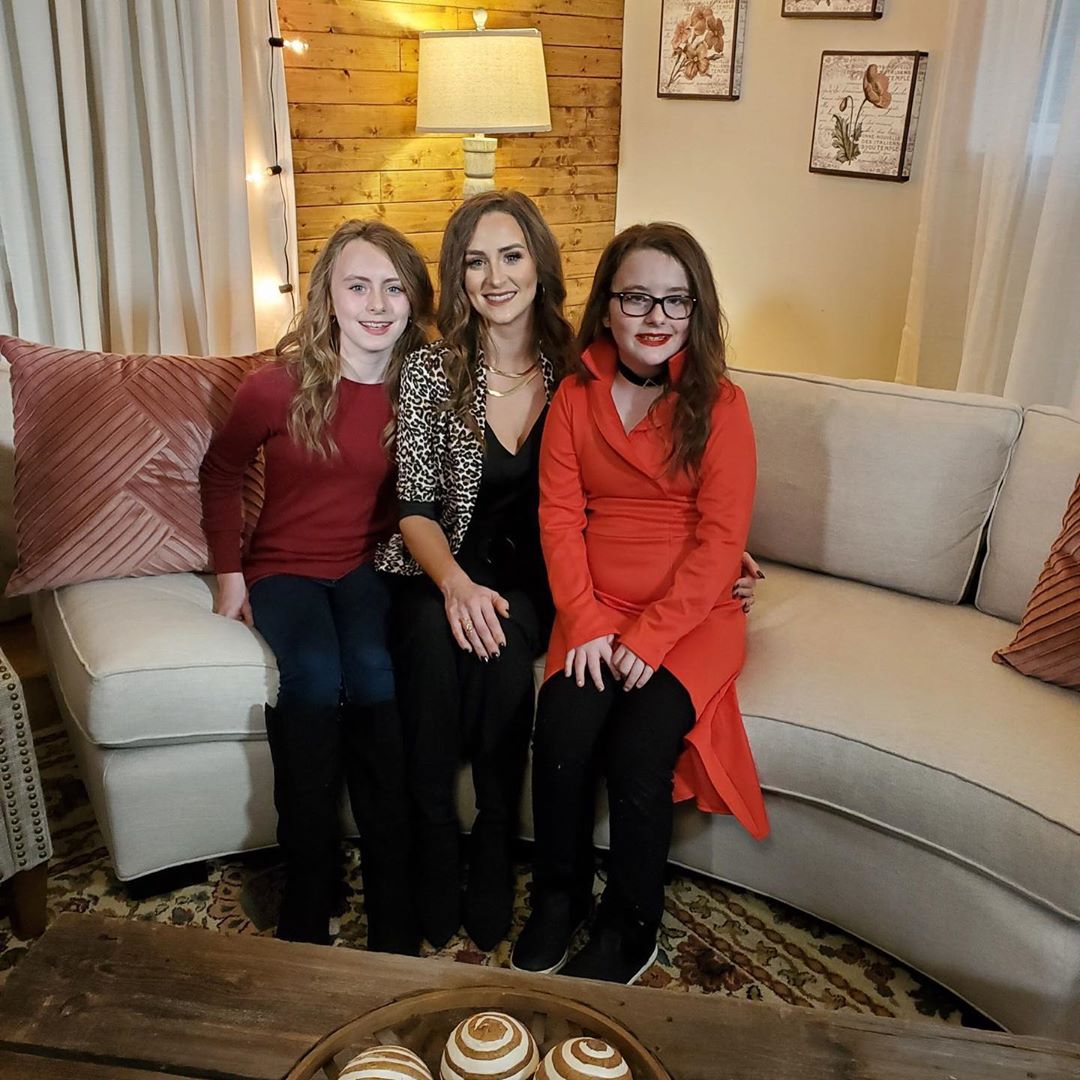 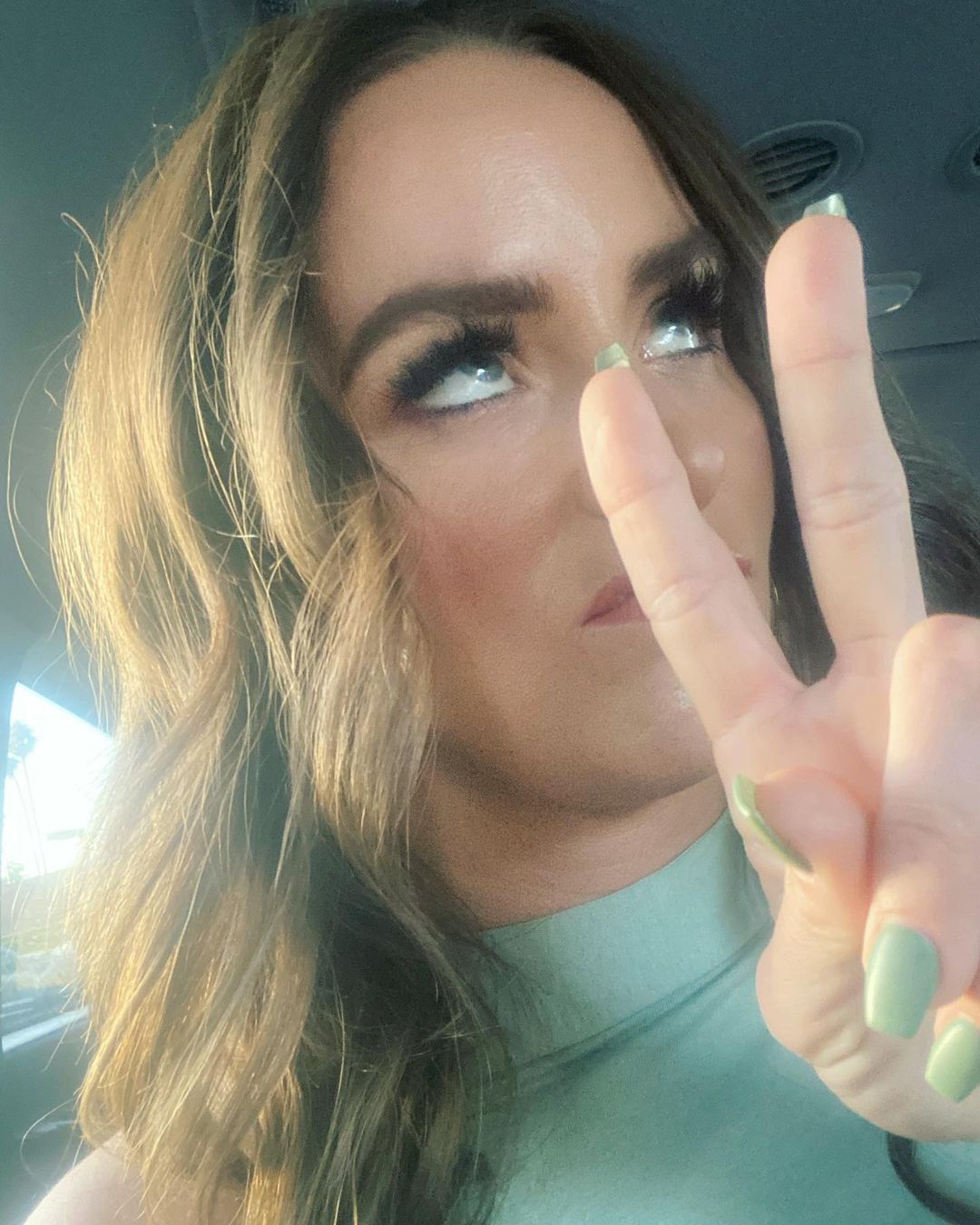