TEEN Mom star Nikkole Paulun has shown the struggle is real while looking after two older kids and a newborn baby.

Nikkole, 27, filmed herself as she attempted to work out how to shower while watching three-week-old son Bodhi, son Lyle, 11, and daughter, Ellie Jade, 6. 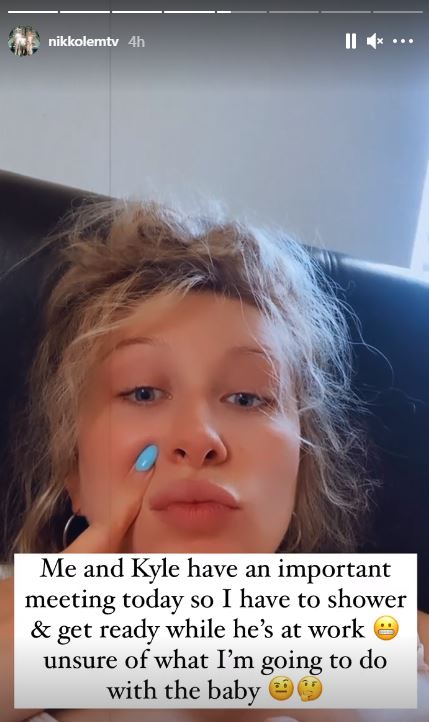 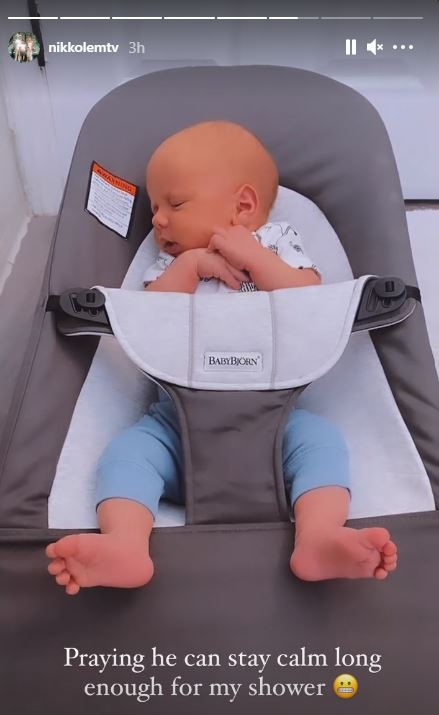 The reality star told her followers that she and husband Kyle Ledda had an "important meeting" so had to scrub up beforehand.

But alongside a selfie taken as she figured out her situation, Nikkole wrote: "Me and Kyle have an important meeting today so I have to shower and get ready while he's at work.

"Unsure of what I'm going to do with the baby."

After heading into the bathroom, Nikkole then updated her fans with a cute clip of Bodhi sat in a baby seat.

"Praying he can stay calm long enough for my shower," she added.

Incredibly, Nikkole's luck was in as her youngest child decided it was the perfect time to take a cat nap.

Excitedly, she revealed: "He fell asleep!"

But although things were peaceful inside the bathroom, outside the door was quite the opposite.

Nikkole then posted a clip of Lyle and Ellie Jade as they listened to loud music in the living room: "In case you're wondering what the big kids are up to!" she added.

The Teen Mom star and Kyle welcomed Bodhi into the world at the beginning of the month. The couple had already decided on their son's name prior to his birth.

Bodhi's arrival came a year after Nikkole and Kyle suffered a tragic miscarriage.

At the time, Nikkole broke the sad news to fans on Instagram, saying: "We were so excited to announce that we were having a baby but unfortunately we found out it no longer has a heartbeat.

"Please keep us in your prayers. If you’ve had a missed miscarriage + a D&C I'd love to talk to some people who’ve gone on to have a successful pregnancy. I’m so heartbroken and so scared for the future."

Thankfully, the couple fell pregnant relatively soon after the miscarriage and are delighted to have their "beautiful rainbow boy" Bodhi now in their arms. A 'rainbow baby' is a child born after a loss.

And despite it being early days as a family of five, MTV star Nikkole has admitted they are already considering expanding their brood further.

When announcing Bodhi's birth, she told fans: "I may have told Kyle several times while I was in labor that I’m never having another baby but we’re already talking about the next one!"

Nikkole gave birth to Lyle in 2009 with her troubled ex, Josh Drummonds. She welcomed Ellie Jade in 2015 with her ex-boyfriend, Ryan Rice. 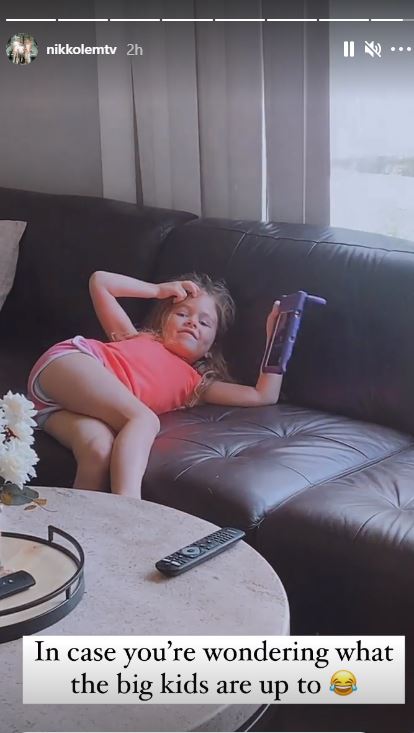 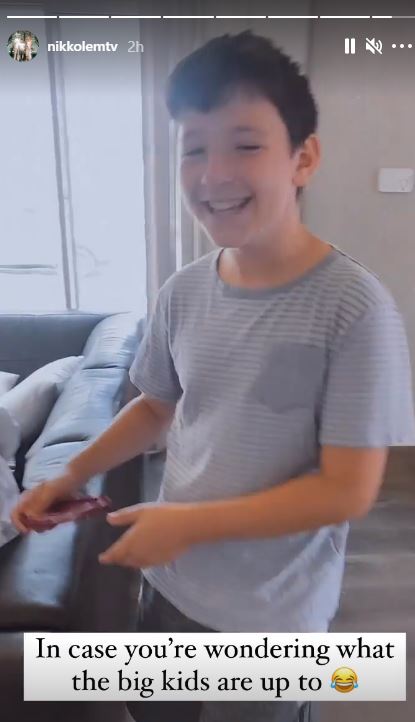 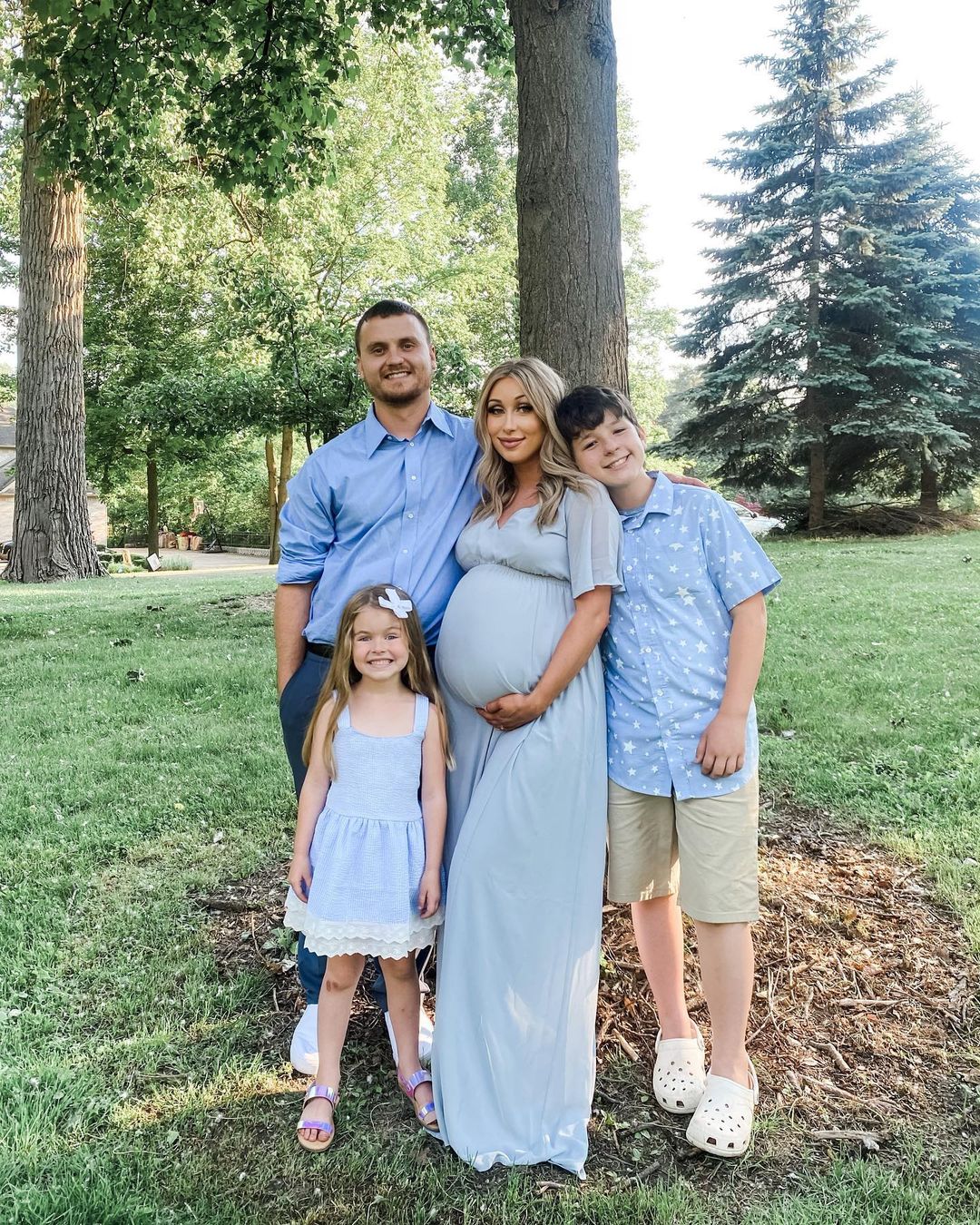