Home » TV and Movies » The 90 Day Fiance: Happily Ever After? Season 5 Tell All is coming in three parts

The 90 Day Fiance: Happily Ever After? Season 5 Tell All is coming in three parts 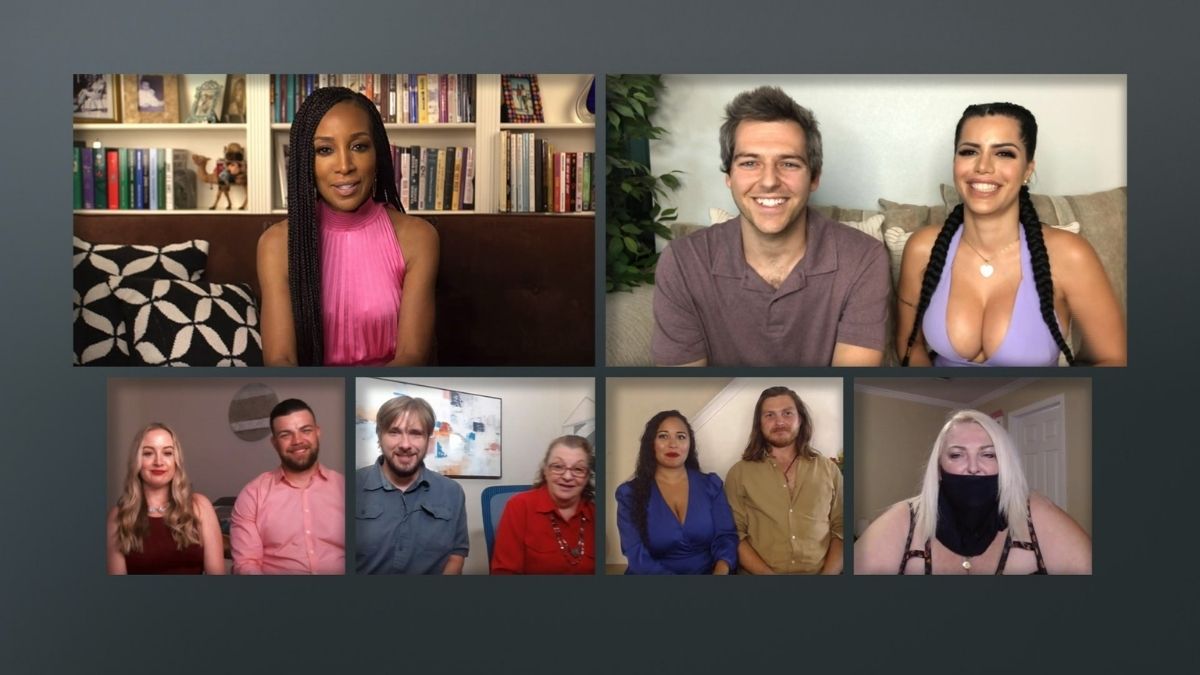 Season 5 of 90 Day Fiance: Happily Ever After? is officially a wrap, but that doesn’t mean the drama is over quite yet.

We still have the Tell All to look forward to, and in true TLC style, there will be three dramatic parts before it comes to an end.

Much like the season, the Tell All will be just as explosive when the cast members face off once again to discuss their issues.

There will be a lot to unpack now that the season is over, and we’ll get an update on what happened with the couples after the TLC cameras wrapped filming.

Some relationships came to an unfortunate end before the season was even over, and many others were on the brink.

We’ll soon get to catch up with our favorite 90 Day Fiance stars to see how their relationships have progressed.

And based on the clip we’ve seen so far, there are some surprises in store for viewers.

What can we expect?

It seems this Tell All will make history as the longest-ever batch of Tell All episodes in the history of the 90 Day Fiance franchise.

The season has shown celebrations, reconciliations, tragedies, and heartbreaks, and it is coming to a head with a three-part Tell All finale.

Part one of the two-hour reunion will air on Sunday, September 27 at 8/7c on TLC.

Part two will air the following week on Sunday, October 4 at 8/7c and will also span two hours

And the final part will only be an hour long and will air on Monday, October 5 at 8/7c.

The virtual reunion will be hosted by Shaun Robinson and will span a total of five hours across three nights.

“I am so excited about this upcoming Tell All,” shared Shaun.

“We’ve brought the couples together virtually, and they are holding nothing back. You won’t believe the surprises we have in store for you!”

The Season 5 Tell All

The clip shared below gives us a look into what we can expect when the Tell All airs. And let’s just say that we’re on the edge of our seats to see how this plays out.

Colt Johnson and his mom Debbie will face off with his ex-wife, Larissa Lima, and his ex-girlfriend, Jess Caroline.

Plus, Colt’s current girlfriend, Vanessa, will make an appearance as well.

Meanwhile, Asuelu pulled a disappearing act at one point during the Tell All, as Kalani was seen sitting alone as Shaun questioned her husband’s whereabouts.

Additionally, we’ll see tensions run high between Tanya and Syngin as they reveal whether or not they’ve been talking about divorce.

There’s much more to unpack with the other couples when the Tell All finally airs.

Check out the sneak peek below:

Next time is the 3 part finale of 90 days Happily ever after? #90daysfiancehappilyeverafter

Part one of the 90 Day Fiance: Happily Ever After? two-hour reunion will air Sunday, September 27 at 8/7c on TLC.