The Chase sees members of the public take on one of the ITV programme’s five Chasers every weekday but there are a number of celebrity specials which have been produced over the years. Tonight’s celebrities were up against Anne ‘The Governess’ Hegerty, who proved too hard to outrun in the Final Chase – but there was some great action earlier on in the show when Carl Froch provided some tense viewing for those watching at home, leaving host Bradley Walsh speechless.

However, only Mikey and Carl managed to make it through to the Final Chase tonight despite the former nearly being left on his own.

Carl was third up to face Anne after Mikey successfully brought £6,000 back to the table and Una failed to get past the head-to-head.

Initially, Carl seemed reluctant to go for the high offer but made a U-turn after noting the proceeds would be going to charity. 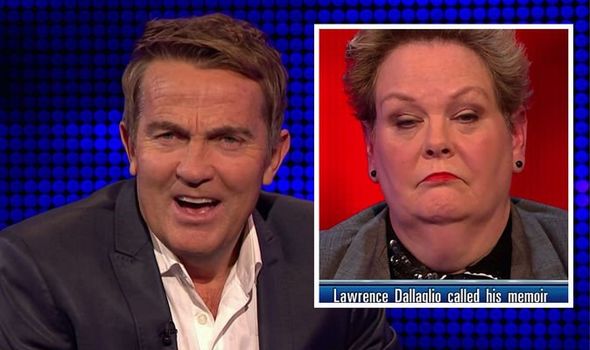 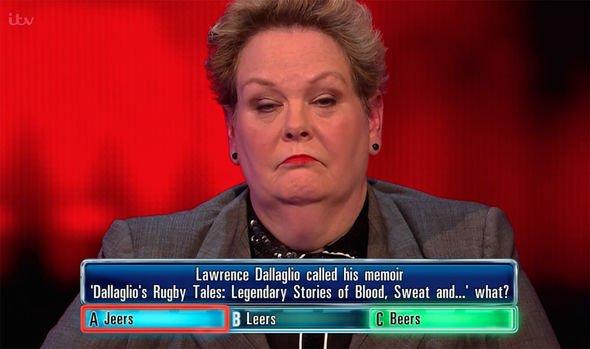 He added: “Let’s go for the big guns!” before having a difficult start to his head-to-head with Anne.

The boxer was nearly knocked out after getting a question wrong midway through his round.

Bradley asked him a question which read: “Lawrence Dallaglio called his memoir ‘Dallaglio’s Rugby Tales” Legendary Stories of Blood, Sweat and… what?” 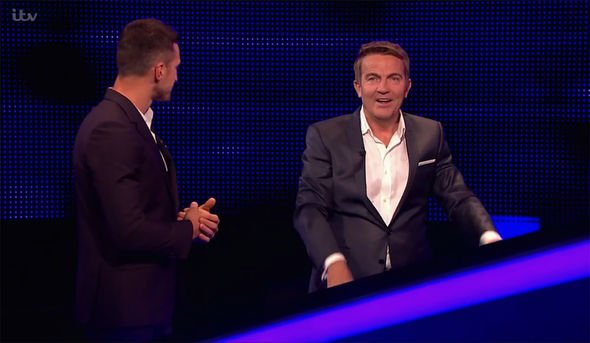 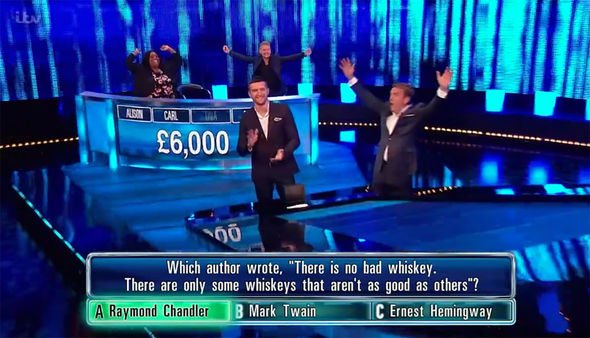 The options were A jeers, B leers or C beers – but Carl answered incorrectly, choosing option A when the answer was, in fact, beers.

But, after Bradley pleaded with the Chaser to “not put beers” Anne also answered incorrectly, giving Carl a new lifeline in order to progress through the round.

The host was left stunned just a couple of minutes later when the contestant managed to stage an incredible turnaround and made it through to the Final Chase.

He answered every following question correctly which landed him a spot in the Final Chase, leading the room to cheer.

The host, clearly stunned by what he had just witnessed, added: “Oh my goodness! What a personal chase that was, that was great!”

Fans quickly took to Twitter to comment on what they had just seen, with one writing: “Carl you smashed it man  #TheChase.”

A third echoed: “Watching the #TheChase and I’m amazed, how’d he do that… well done Carl…”

Another remarked: “@Carl_Froch vs The Governess probably the best 60k run I’ve seen in a long time! #TheChase.”

Alison Hammond was the last up to face Anne but was soon knocked out after taking the gamble and going for £54,000, which failed to pay off.

In the Final Chase, the duo ended up getting caught with 48 seconds remaining, leading Bradley to remark: “At that rate, we would have needed around 23.

Anne concluded: “They both did really well, Mikey did a smashing cash builder and Carl brought home a huge amount of money… sorry guys!”

The Chase airs weekdays from 5pm on ITV.