Bradley Walsh is on hand to assist contestants on their journey to beat the Chaser and take home their share of the jackpot prize fund. However, The Chase viewers were distracted by the host’s hairstyle on today’s instalment of the ITV show and shared their suspicions on what had caused the hairstyle shake-up.

Bradley introduced the contestants in the usual fashion but viewers soon shared their thoughts on the host’s appearance on social media.

The host sports a similar look on every show teaming a navy suit with a neutral coloured shirt but fans of the show felt he’d changed up his hairstyle routine. 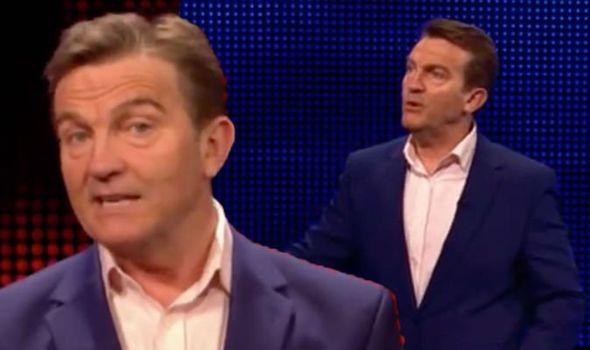 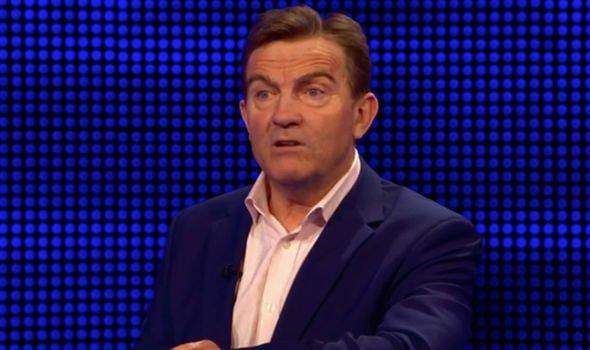 Another confused fan shared: “What is going on with Brad’s hair #TheChase.”

“#TheChase What is actually going on with @BradleyWalsh’s barnet today???” a third asked.

While a fourth questioned: “Does Bradley cut his own hair? #TheChase.”

Although some have resorted to cutting their own hair during lockdown while hairdressers remain shut, the episode was pre-recorded. 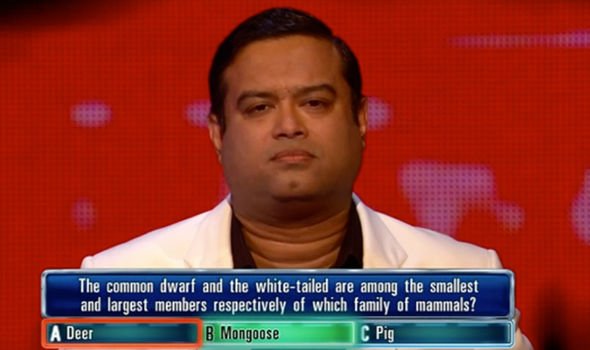 The instalment first aired earlier this year but viewers were still determined to get to the bottom of Bradley’s quiff.

Meanwhile, the Sinnerman was in great form and was no match for today’s batch of unlucky contestants.

Linda was first up to face the Chaser after securing £6,000 in her cash builder round.

She secured her spot in the final after Bradley observed she’d had some lucky guesses.

Next up was Andy who answered three questions correctly before facing Paul and being subsequently booted off the show.

Georgia joined Linda in the final after winning the £4,000 she’d earned in her cash builder round.

Frank then took the brave decision to play for £50,000 after only getting two questions right before his head-to-head.

Unfortunately, Frank narrowly missed out on the final and the remaining two contestants weren’t able to beat Paul in the final chase.

Elsewhere, Bradley took a swipe at the Great British Bake Off during a celebrity edition of the quiz show.

During his head-to-head, actor Adam Garcia was asked: “The top weekly performer on ‘The Great British Bake Off’ is given what title?”

Adam admitted he had never seen it before correctly guessing Star Baker.

Bradley wasn’t sure which option was correct either, adding: “Don’t know, never seen it, I’d rather eat my own feet [than watch it].”

The Chase airs weekdays on ITV at 5pm.