Home » TV and Movies » The Chase’s Bradley Walsh berated by Doctor Who superfan contestant: ‘You were a clown!’

The Chase’s Bradley Walsh berated by Doctor Who superfan contestant: ‘You were a clown!’

The Chase: Contestant says Bradley was a 'clown' on Doctor Who

On Friday evening, ITV viewers got another chance to see how The Chase contestants Rebecca, Sacha, Dennis and Steve fared against Anne ‘The Governess’ Hegerty. Bradley Walsh, as always, was on hand to oversee proceedings and dish out the questions, as well as get to know the new crop of contestants. However, when he asked first player Steve about his interests, he was surprised to hear he was a Doctor Who superfan.

And as such, Bradley’s time appearing on the BBC sci-fi drama was quickly brought up in the conversation.

Bradley played Graham in Doctor Who for almost three years, beginning in 2018 alongside Jodie Whittaker’s Doctor before bowing out in this year’s New Year’s Day episode.

Kicking off the conversation with Steve, Bradley asked: “What do you do to relax?”

“I’m a massive Doctor Who fan,” Steve replied, prompting a surprised Bradley to say: “Are ya?” 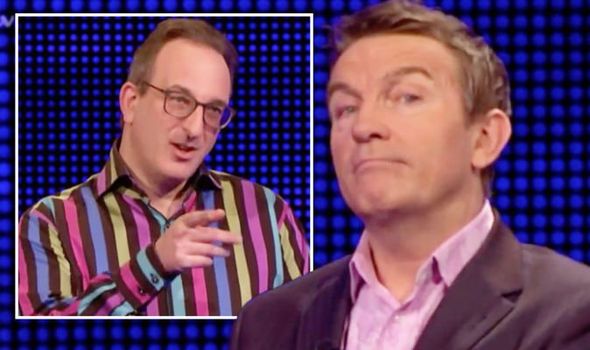 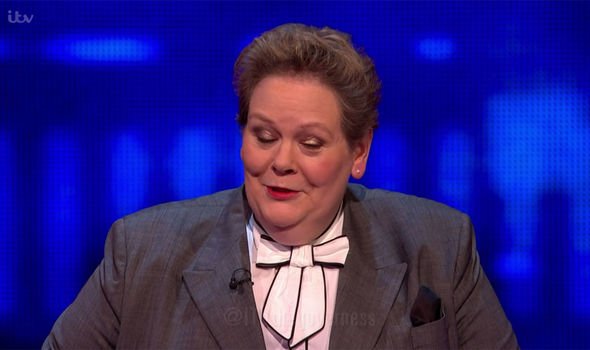 Delving further into Steve’s fondness for the show, Bradley asked: “Are you a massive fan of the spin-offs as well?”

But instead of answering, Steve instead took aim at Bradley’s comedic performance.

“You were a clown,” Steve said as he pointed at The Chase frontman. 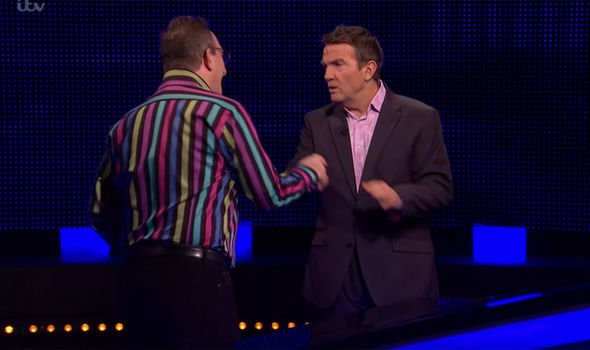 “I know, an odd-bod,” Bradley agreed before Steve added: “My kids are still recovering from it.”

After moving on from the jokey swipe, Steve revealed he’d hope to take his family to Kenya on holiday as that was his honeymoon destination with his wife.

After their interaction, it was Steve’s turn to take on Anne in the hopes he could add the £6,000 he’d earned in his cash-builder to the prize fund and put it towards his dream getaway.

And luckily for Steve and the team, he did just that, becoming the first player to make it back to the Final Chase.

And the rest of the team quickly followed suit, as second player Dennis sailed through with £7,000.

After racking up £3,000 in her cash-builder, Sacha was up next to take on Anne.

True to form, she too outran Anne to take the jackpot up to £16,000, leaving just Rebecca to make it a full house.

Rebecca racked up £5,000 in her cash-builder, refused the higher and lower offers from Anne, and returned to the table to make it four players against the Chaser.

However, the Final Chase was a bit of a mixed bag for the team as, despite a four-step advantage, they were disheartened to only set Anne a target of 17.

Anne returned to the table and quickly rattled through her answers and appeared to be making ground on the team.

However, as the clock ticked down and after a handful of pushbacks, the contestants all went home with their share of the prize pot as Anne only reached 15 steps.

The Chase continues weekdays at 5pm on ITV.