THE Chase's Mark Labbett reveals Chasers aren't allowed to make cash offers and the bosses tell them what to say.

During the ITV quiz show, contestants have to build cash before choosing one of three offers – a high, a low, or the amount they built.

Mark – better known as The Beast on The Chase and its prime time spin-off Beat The Chasers – told a fan that the other two options aren't up to them.

The fan asked: "do you make offers based on how the contestant does in the cash builder or are the offers already set out?"

Mark replied: "No idea, we get handed them on a sheet of paper. Not our money 🙂 #BeatTheChasers"

Beat The Chasers is a spin-off the super-popular quiz show hosted at 9pm, which sees contestants face off against all five Chasers.

Hosted by Bradley Walsh, viewers get to see contestants and Chasers go head to head.

In the Cash Builder round, the contestants face five multiple-choice questions and have the chance to bank up to £5,000.

But if they get the first question wrong – they're out. 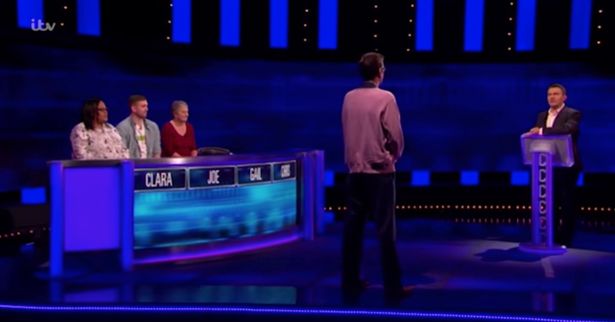 The contestants are then given the option of playing against two, three, four or all five Chasers.

The higher the number of Chasers they go against, the more money is up for grabs.

If a contestant gets a question wrong the clock counts down until a question is answered correctly.

Earlier in the week The Chaser player Alex ran off stage screaming after she was offered a huge £100,000 prize – and thrashed the Chasers.

The Chasers are Mark 'The Beast' Chaser, Shaun 'The Dark Destroyer' Wallace, Anne 'The Governess' Hegerty, Paul 'The Sinnerman' Sinha and Jenny 'The Vixen' Ryan.