The Handmaid's Tale: June Osborne prepares for trial in teaser

Season four of The Handmaid’s Tale ended with a big twist as fans saw June Osborne (played by Elisabeth Moss) and an army of Handmaid’s take revenge. The women murdered one of the show’s biggest villains in a dramatic season finale. But, the events of the episode has left many viewers wondering what is in store for season five and in particular Serena Joy Waterford (Yvonne Strahovski)?

Season four of The Handmaid’s Tale came to a shocking conclusion which saw one major character meet a sticky end.

The dystopian drama saw June finally escape Gilead and once she reached freedom in Canada the former Handmaid became even more of a force to be reckoned with.

In the finale, June and some of her fellow Handmaids took revenge on Commander Fred Waterford (Joseph Fiennes). 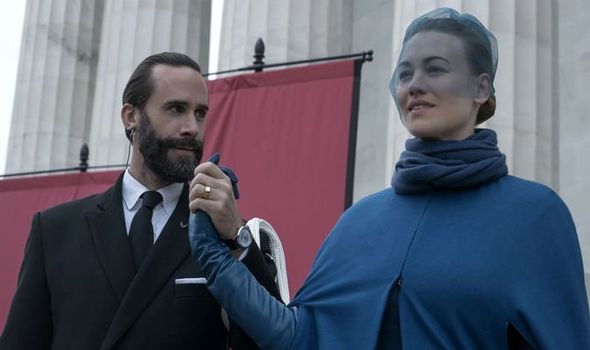 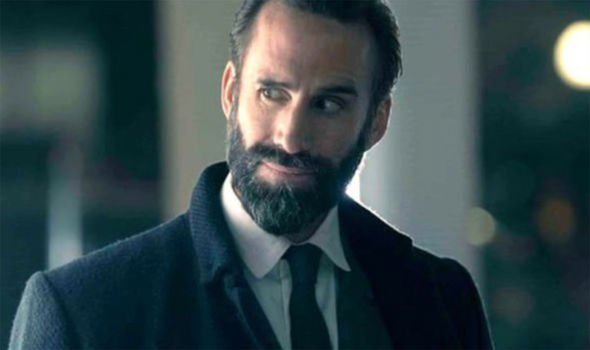 Fred had been awaiting trial in Canada for his war crimes, but in the penultimate episode of the season, he decided to strike a deal and betray Gilead in exchange for his freedom.

But, June used her influence on both sides of the border to set a trap for Fred.

June took the opportunity to get her own form of justice as she and her fellow Handmaid’s murdered Fred.

As for Fred’s wife Serena, her life was spared by June and the handmaids in the finale but, she could soon be set to face torture in the next season. 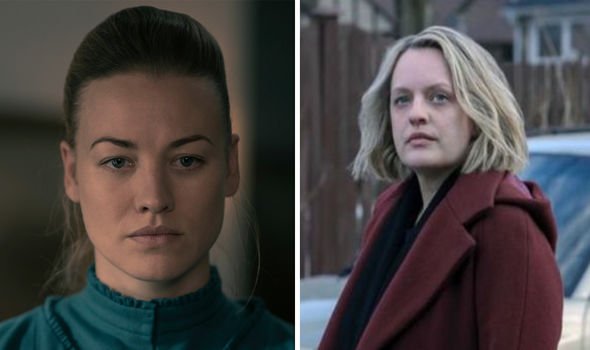 But, the shocking scenes of Fred’s murder has left many viewers wondering if Serena may attempt to avenge her husband’s death in the next season.

In a recent interview, The Handmaid’s Tale showrunner Bruce Miller spoke out about what could happen after Fred’s murder.

He said: “I think that Gilead doesn’t give a crap, but I think that Serena is the one you really have to worry about, or the one I am worried about.

“Because Serena, although she has mixed feelings about Fred, and certainly the death of your abuser is a complicated emotional thing I imagine, she also does not like to lose.

“And I think she would definitely feel like this is June coming into her house and taking something from her specifically, and then gloating by sending her the finger and the ring,” Bruce told Entertainment Weekly.

Could Serena plan to avenge Fred’s death and kill June in season five? Viewers will have to tune in to find out her fate.

Fans seem to think June will face consequences for her actions in season five, but not at the hands of Serena.

Instead, a number of viewers speculated on Twitter that June could be headed for jail.

Reacting to the season four finale one viewer wrote: “I don’t know what to think #handmaidstale like where does that leave everything? what happened to Janine and Esther, were they in the prisoner exchange?? is June going to be put in jail, is that why she is leaving? WHEN IS THE NEXT SEASON COMING OUT”

“Why do I have a feeling that June will be on trial next season #HandmaidsTale,” another fan commented.

To find out what will happen to June and Serena viewers will have to tune in when the drama returns.

The Handmaid’s Tale has already been renewed for a fifth season, but sadly there’s currently no official release date.

The Handmaid’s Tale airs on Hulu.