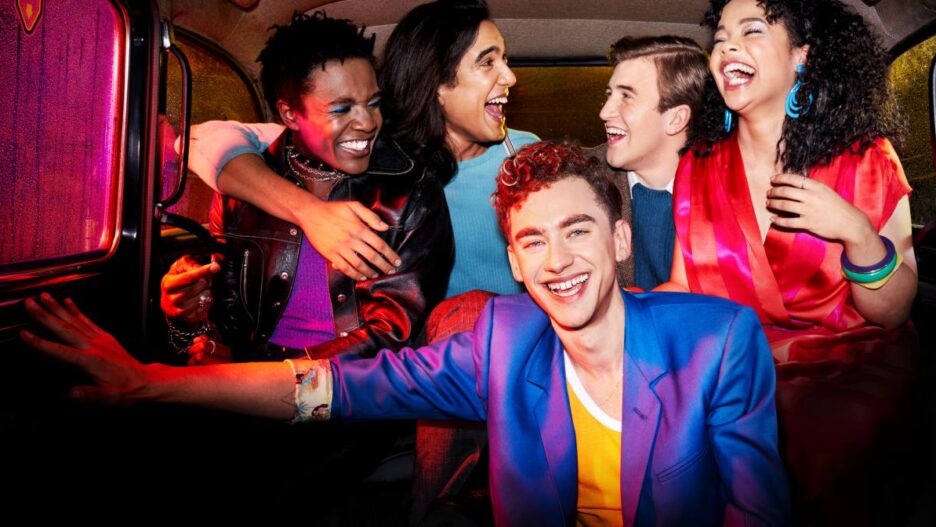 Music supervisor Iain Cooke found himself immersed in two different eras over the past year in helping craft the pop landscape of TV projects. He focused on one year for just-released AppleTV+ doc “1971: The Year That Music Changed Everything. But the bold miniseries “It’s a Sin,” with its frank depiction of AIDS ripping through the day-to-day lives of a tight-knit group of young London pals in the ’80s, proved a specific challenge.

“We were trying hard to preserve the integrity of this immensely personal story that [creator] Russell T. Davies had been trying to tell for many years, and so many of the choices were very specific and represented a time and a place”, said Cooke. “I’m a huge fan of Russell’s writing, I don’t know of many other writers that can have you laughing out loud then sobbing inconsolably within half a page, and he creates such brilliant characters whose energy leaps off every page.”

Noting the need to cull music from a myriad of sources and with a rotating variability in securing rights always looming, Cooke and his colleagues eventually found the right accompaniments for the wealth of ups and downs featured over the miniseries’ five episodes. Get your Walkman cued up as Cooke sets the scene for The Wrap on a handful of selections and why they needed to make the cut. (Note: this article contains key character spoilers.)

A bigger hit in the U.K. than in the States, this cheeky disco riff on classical earworms appears in the first episode, playing over the burgeoning sexcapades of the series’ de facto lead: the rascally, charming and outspoken actor-hopeful Ritchie (Olly Alexander). “The idea to include “Hooked on Classics” over this sex montage was absolutely Russell’s idea and was in the very first draft of the script I read. It’s such a fun and unusual choice, truly evocative of the time and created a memorable montage sequence.”

“Do You Wanna Funk” (Sylvester and Patrick Cowley)

A key disco-era blowout tune (famously heard over Eddie Murphy’s classic eruption over guests putting out Kools on his floor in “Trading Places”), the Episode 2 song also underscores the most bravura sequence: Ritchie delivering a fourth-wall-breaking monologue about his (somewhat naive) perception that the deadly disease landing on his shores is as much a product of fear as a reality, all while frequenting the many hotspots of the West End. In COVID-era modern day, the moment proves as timely as ever.

“A hugely important point in the series”, Cook added. “Russell wanted to capture that moment in the early 1980s, when many in the gay community didn’t quite believe what was happening and all the rumors that emerged: that a cold could kill you, or how it only affected Haitians and hemophiliacs, that it was created in a laboratory to kill them or invented by drug companies to make money.”

“The series wasn’t originally called ‘It’s A Sin,’ and we had the Pet Shop Boys song already featured on the jukebox in Episode 4”, said Cooke, noting the miniseries’ namesake. “We did write to [bandmates] Neil Tennant and Chris Lowe to let them know as a courtesy, and they gave us their blessing [to use it]. Lyrically, there was an extreme relevance to the storylines with Ritchie, and it was a perfect fit.”

“Heaven Is a Place on Earth” (Belinda Carlisle)

Also heard in Episode 4, Go-Go’s veteran Carlisle’s buoyant pop hit follows a pair of harrowing moments in the series: a peaceful AIDS march that turns violent after police intervention, followed by Ritchie’s admission to his friends that he is HIV-positive yet defiant in letting it now define his life. (“I’m gonna live!”). “This was part our general ethos”, said Cooke. “A few of the episodes end on an emotional downbeat and we wanted to go with the viewers into the credits with an uptempo, celebratory song. The same can be said with the use of Laura Branigan’s “Gloria” in Episode 2 where we smash into the credits after a heartbreaking end to the episode.”

“Running Up That Hill (A Deal With God)” (Kate Bush)

Everyone from the late John Hughes to Andy Samberg have remarked in the past on how Kate Bush’s ethereal tunes can change the emotional temperature of a project, and “It’s a Sin” was no exception, used in one of the most bracing chapters of the miniseries, where Ritchie’s health begins to deteriorate, leaving his best friend Jill (Lydia West) to take up the reins of care. Said Cooke: “Kate Bush is a personal musical hero of mine, and she is always very considered about where she allows her music to be used. So we were very honored that she agreed to let us use this over the scenes where Jill helping Ritchie.”

“It’s a Sin” is available to stream on HBO Max