Group C continued their dominance on the stage tonight, but one Masked Singer contestant wasn’t so lucky. Fans of the top secret Fox talent show were shocked when a legendary comedian was unveiled as the Squiggly Monster.

Mushroom, Broccoli and Jellyfish all remained in the competition as Group C took to the stage for the second time for this week’s play-offs.

Although the Squiggly Monster aimed to impress by singing a classic rock ‘n’ roll hit, (I Can’t Get No) Satisfaction by the Rolling Stones, the fans voted to kick him out of the competition.

The judges’ guesses ranged from TV iconics such as Ted Danson, David Hasselhoff, and even former US Vice President Al Gore.

However, it appears their first instinct was correct as the eclectic costumed contender was revealed as Full House alum Bob Saget. 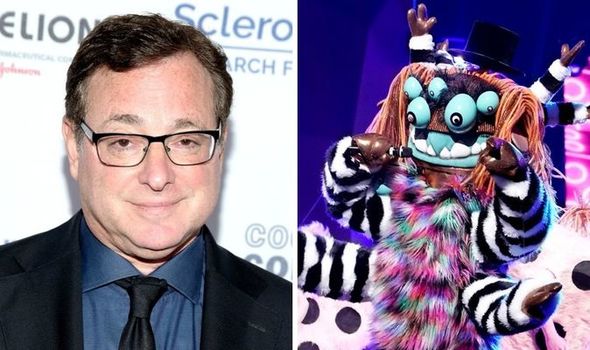 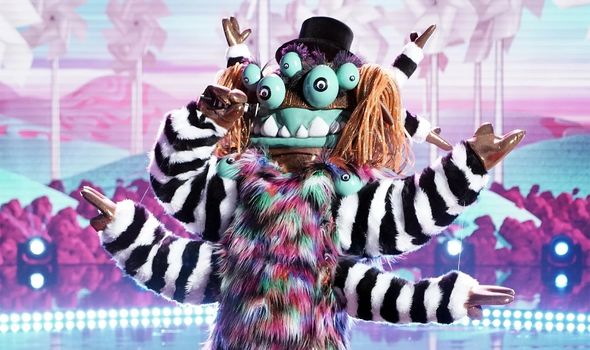 Saget was picked as the panelists’ ‘first impression’ guess, and they eventually landed back on their correct theory ahead of his unmasking.

The iconic American comedian is best known for starring as Danny Tanner in ABC’s classic sitcom Full House from 1987–95, and reprised the role for Netflix’s revival.

In addition to his later career in stand-up, Saget returned to the world of sitcoms to voice the older version of Ted Mosby (Josh Radnor) in How I Met Your Mother.

While other contestants have proved trickier to guess, both the judges and plenty of Masked Singer fans had Squiggly Monster’s identity in the bag from his first clue package. 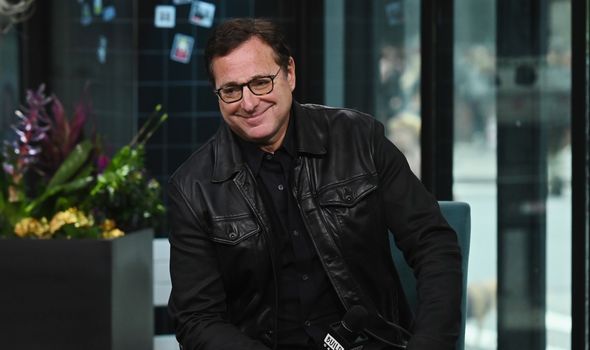 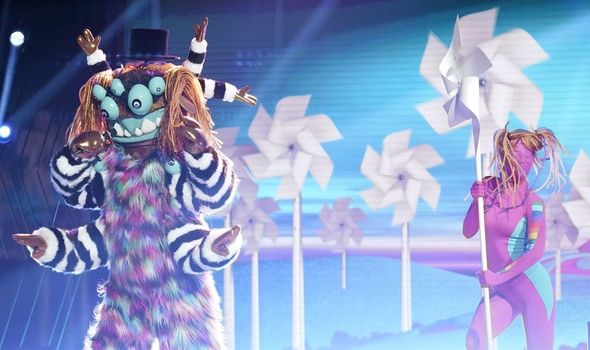 Some guesses singled out his Full House co-star Jodie Sweetin as a potential match for the Monster, but it soon became clear that Bob Saget was under the mask as soon as he started singing.

Last week, the comedian managed to stay in the competition by singing Have You Ever Seen the Rain by Creedence Clearwater Revival, while TV host Wendy Williams was sent home.

Theories about the Squiggly Monster’s identity already started pouring in some weeks ago, as highlighted by a recent Reddit thread compiling his cryptic clues.

One fan spotted three key clues which all indicated a cast member from Full House would be revealed; the dog, calling himself a ‘wild child’ and a reference to the show’s theme song.

Although the first two clues had fans convinced Sweetin would be unmasked, it appears this Masked Singer fan’s instincts were correct after all.

Other viewers overwhelmingly supported the theory, with one commenting: “This is a really good guess. I definitely think it could be someone from Full House.”

Over on social media, fans were ecstatic to see the sitcom legend return to screens for a stint on The Masked Singer.

On Twitter, one viewer wrote: “Bob Saget, I can’t believe it!! You were amazing on #TheMaskedSinger. Sad to see you go.”

And another added: “I knew that the Squiggly Monster WAS Bob Saget. I knew it from the clues!!”

Thankfully, this week’s episode wasn’t interrupted by the US election, and will also return for the exciting Group A finals next week.