In HBO’s new sci-fi series, The Nevers, Tom Riley plays Augustus “Augie” Bidlow, a Touched man who has the power to see through and control birds. The character hasn’t displayed the extent of his abilities yet. But Riley says fans can expect to see Augie utilize more of his growing powers as the series continues. 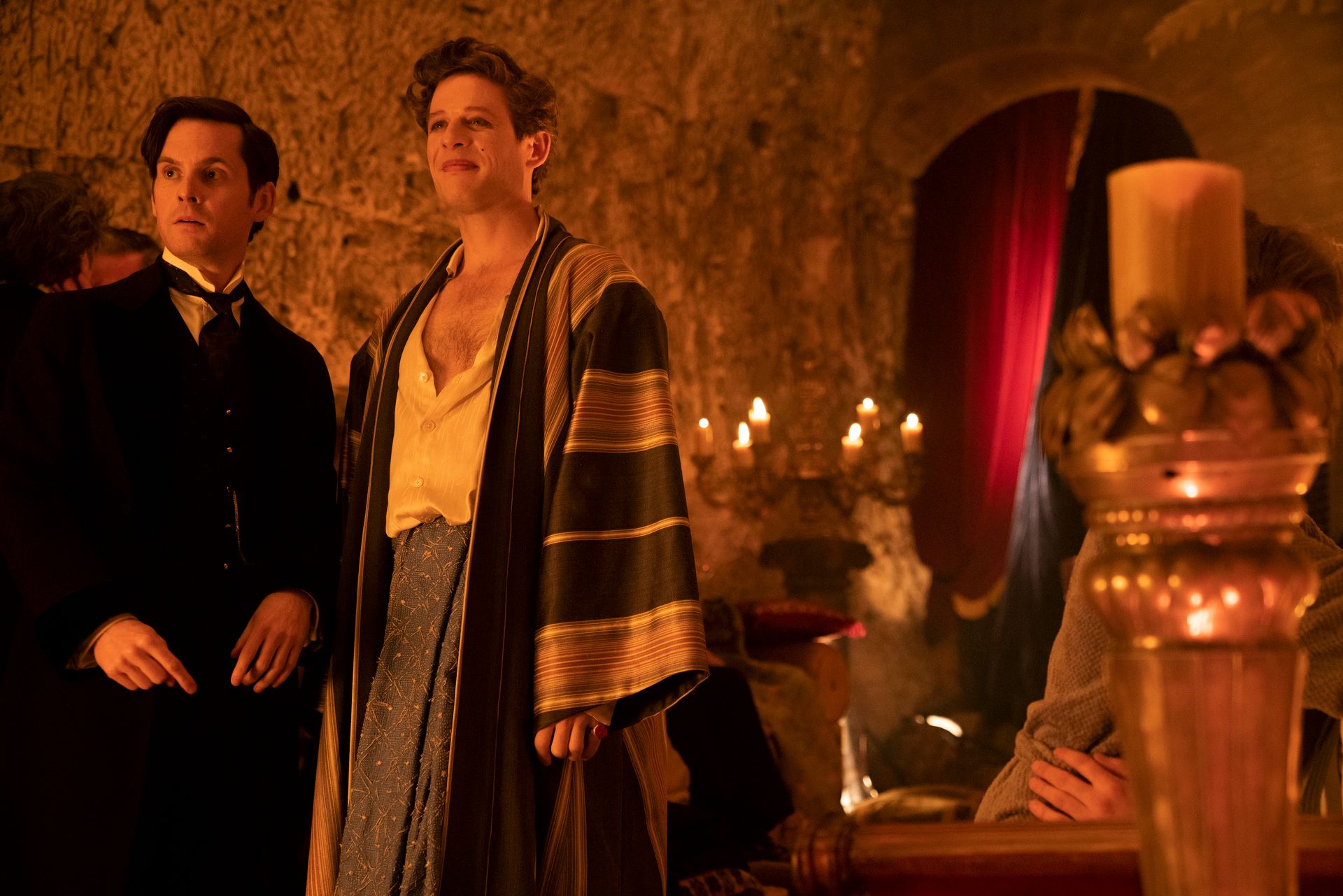 Augie reveals he is one of the Touched on ‘The Nevers’

In episode 2 of The Nevers, Augustus and his sister Lavinia Bidlow (Olivia Williams) host a party for the Touched where he tells Penance Adair (Ann Skelly) about his abilities. He reveals that he can see through the eyes of birds, flying anywhere he chooses.

No one else knows about Augie’s gifts. Not even his sister, or his best friend Hugo Swann (James Norton).

But in episode 5, “Hanged,” Augie mentions he’ll put them to use while helping Amalia True (Laura Donnelly) dig for the Galanthi. To cover the noise and commotion of her drill, he suggests he’ll make birds cause a disturbance overhead as a distraction.

Augustus has been keeping his abilities a secret for a number of reasons. And according to Riley, one of them is that he still hasn’t come to terms with the fact that he’s Touched.

“He doesn’t know what he’s supposed to feel,” The Nevers star said in a recent interview with Collider. “That latent feeling of the beginnings of power in him is at odds with the fact that he should also feel shame because he believes it’s a feminine trait, or a trait of the marginalized or the underclass.”

The actor also suggested that Augie is afraid of how he’ll be perceived if he comes out. And he’s also fearful of how his closest friends and family will react.

“There’s a really interesting dynamic in the internal wrestling match that’s going on between the potential of what he could do with this power and the misery it might bring him in his life, if he’s seen as other, which he’s terrified of being,” Riley explained.

“He’s spent his entire life feeling like the other, but he’s been shielded from that by his privilege,” he added. “He doesn’t like the idea that he’s suddenly gonna be exposed as being as other as he feels inside.”

Tom Riley teases Augie will grow into his powers

The Nevers fans still haven’t seen Augustus use his powers fully. But as Riley teased, that will change as the series continues.

It’s [an] incredible arc that’s so exciting,” he told Collider.  “[He] has this power, but the power is gonna become more and more. As the episodes progress, he’s gonna control it more and what he can do with it.”

Riley also noted that Augie will evolve as he comes into his powers. And it will eventually alter the way he perceives things.

“He’s spent so much time meek and just studying birds through his binoculars and through a window, and now he can suddenly be a part of it and take control of it,” Riley added. “It’s gonna fundamentally change the way he sees the world.”