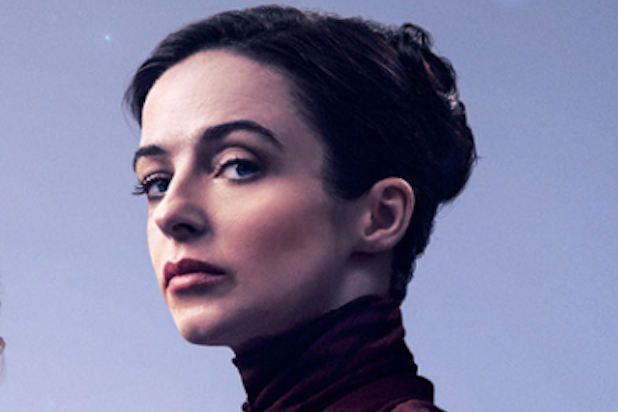 “The Nevers” star Laura Donnelly was cast as the lead in Joss Whedon’s supernatural drama in April 2019, which came nearly a year after it was ordered straight to series at HBO. Now, almost two years later, the “Outlander” alum is just weeks away from seeing the world Whedon created debut on screen.

And while Donnelly, her co-star Ann Skelly and the other “Nevers” cast members are still inhabitants of Whedon’s sci-fi Victorian England world, with the pandemic-delayed second half of Season 1 in the works, the architect himself decided to move out last fall.

“I found out the same way that everybody else did — well, HBO let us know. And I was gutted, because I had a wonderful experience working with him,” Donnelly told TheWrap on Wednesday of Whedon’s decision to exit “The Nevers” on Nov. 25. “And it was a real joy to go to work every day. And so the idea of that coming to an end, I was really gutted about that. But, at the same time, he left for personal reasons and I can’t argue with that. You know, I want the best for him and he had to go for his own reasons, so I accepted it.”

“The Nevers” is set in Victorian England, during a time when London is beset by the “Touched” people (mostly women) who suddenly manifest abnormal abilities — some charming, some very disturbing. Among them are Amalia True (Donnelly), a mysterious, quick-fisted widow, and Penance Adair (Skelly), a brilliant young inventor. They are the champions of this new underclass, making a home for the Touched and fighting to keep them safe.

Donnelly, who was the first person cast on the show, recalled her first meeting with Whedon and the excitement she had about his ideas that drew her to the project.

“It was talking to him about the character and about the overall story that got me excited,” she said. “And he told me all of the spoilers, by the way, he just straight up explained everything that was going on in this world. So it was that that got me so interested because I realized that there were just so many layers to not only this character, but this world that was being created. And that I could spend probably years on this and never truly understand all the depths and the layers. But that made me really, really excited. So yes, it was very much why I stepped into the role.”

Whedon left “The Nevers” a few weeks before HBO parent company WarnerMedia announced it had concluded its investigation into accusations made by actor Ray Fisher about Whedon’s behavior when he directed reshoots on the Warner Bros. film “Justice League” in 2017.

“This year of unprecedented challenges has impacted my life and perspective in ways I could never have imagined, and while developing and producing ‘The Nevers’ has been a joyful experience, I realize that the level of commitment required moving forward, combined with the physical challenges of making such a huge show during a global pandemic, is more than I can handle without the work beginning to suffer,” Whedon said in a statement on the day of his exit. “I am genuinely exhausted, and am stepping back to martial my energy towards my own life, which is also at the brink of exciting change. I am deeply proud of the work we have done; I’m grateful to all my extraordinary cast and collaborators, and to HBO for the opportunity to shape yet another strange world. ‘The Nevers’ is a true labor of love, but after two-plus years of labor, love is about all I have to offer. It will never fade.”

In February, accusations of “hostile and toxic” on-set behavior were made against Whedon by “Buffy the Vampire Slayer” and “Angel” alum Charisma Carpenter. At that time, HBO and HBO Max chief content officer Casey Bloys told TheWrap “no complaints” were made about Whedon from anyone involved with “The Nevers” before he exited the series.

“When I read what came out afterwards, of course it was really shocking,” Donnelly told TheWrap. “And it was very upsetting to read. As I’ve said, it wasn’t my experience at all, that is just my experience. And in terms of contact that I’ve had with him, I’ve had contact but it hasn’t been anything based on the show or how it moves forward because he is completely finished with it. And now there isn’t any connection going forward. So that’s that.”

Donnelly says she’s “really, really pleased” HBO is continuing on with “The Nevers” following Whedon’s decision to depart after wrapping Episodes 1-6 of the first season, with the premium cable channel naming Philippa Goslett as the new showrunner in January.

“I was just really excited to find out that we had Philippa and I know that HBO is very, very excited, and really trusts Philippa and all of her ideas about where she’s going to take this,” Donnelly said. “And now I’ve heard those ideas as well. And I’m really excited about getting to work with her. I’m really excited about getting to work on a set with her because I just feel like she will bring a really kind of calming and unifying energy to this that we’ll need when we step back into it. And I think it’s going to go in some really brilliant directions and at the same time maintain the core of it, which is this world that has been created and the characters, fundamentally. They’re so well-drawn, they’re so beautifully three-dimensional. And we’ll get to continue with that. So I feel lucky for what we’ve had and just really thrilled that we get more, that we get a future with this.”

No debut date has been set for the second batch of “The Nevers” Season 1 episodes, which are in the works right now, but they are unlikely to air this year. Though no episode count has been given yet, an individual with knowledge tells TheWrap that Part 2 will probably be more than four episodes, even though the initial Season 1 order was for 10 total.