The One Show as back on BBC One with Alex Jones at the helm and joining her for the first instalment of the week was comedian Patrick Kielty. During the first few minutes of the live show, those watching at home were left furious by a comment Patrick made in regards to how he and his wife are coping during the coronavirus lockdown and they took to Twitter to express their anger.

“Now it’s been four weeks since I saw you last,” Alex remarked to her co-presenter.

“I shouldn’t really say this, but the wife stopped googling divorce lawyer over the weekend and started googling hitmen!

“So that’s kind of the stage we are at, she now says the only way she can get through this is if on a Thursday when she gets the saucepan and bangs it, that she imagines it’s my face,” he said. 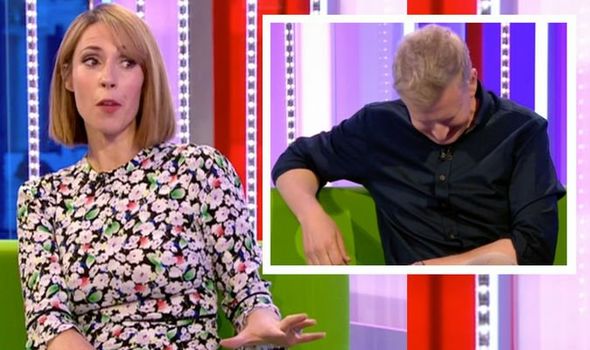 Alex interjected: “That’s not a bad idea, not with your face but I could insert my own face. You know what I mean?”

However, BBC One viewers thought the joke was insensitive and commented online.

One said: “@BBCTheOneShow don’t make these stupid ‘jokes’ @Patrickkielty with the rise in #DomesticViolence in the #COVIDー19 #Lockdown.” 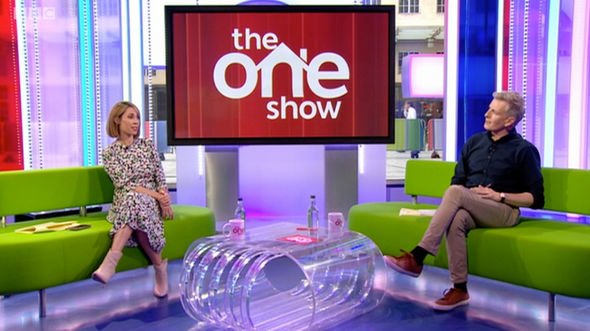 A third added: “What was that awkward unfunny opener? Whoever is writing the script and thought that joking about hiring a hitman to take out your wife while domestic violence has sharply risen during quarantine needs a fucking talking to #TheOneShow.”

“2 minutes into the #theoneshow and @PatricKielty mocks the rising cases of domestic abuse during lockdown resulting in awkward minimal studio laughter. How incredibly insensitive and totally unfunny,” someone else wrote.

While one tweet read: “@BBCTheOneShow @MissAlexjones and @PatricKielty I am so angry at how Patrick was joking about his wife and him during COVID-19 …   being violent etc …  especially with the huge rise in DOMESTIC ABUSE during this time. DISGUSTED.”

Express.co.uk has contacted The One Show and Patrick Kielty’s representative for comment.

If you or anyone you know has been affected by domestic abuse during the coronavirus lockdown, please visit gov.uk website here.

If you are in immediate danger, call 999 and ask for the police.

The One Show airs weekday evenings at 7pm on BBC One.