Home » TV and Movies » The Real Reason Michael B. Jordan Is Changing The Name Of His Alcohol Line

The Real Reason Michael B. Jordan Is Changing The Name Of His Alcohol Line

Actor Michael B. Jordan is changing the name of his alcohol line after being accused of cultural appropriation. The “Black Panther” actor had recently launched a rum line that was originally named J’Ouvert. However, the name of the brand landed Jordan in some hot water, as the term stems from Trinbagonian and Caribbean culture.

In the packaging for the rum, the meaning of the word J’Ouvert is explained (via Yahoo) as “Derived from the [Antillean] Creole French term meaning ‘daybreak,’ J’OUVERT originated in the pre-dawn streets of Trinidad, as celebration of emancipation combined with Carnival season to serve as the festival informal commencements.” Many argued that Jordan shouldn’t profit off the term as he apparently has no connection to the Caribbean.

According to the Daily Mail, an online petition was even created to stop Jordan from trademarking “J’Ouvert” and received thousands of signatures. Many also took to social media, with one critic tweeting about how he “has the nerve to want to profit off West Indian culture.” Another wrote, “you cannot own a tradition. you cannot trademark a tradition.” Even rapper Nicki Minaj, who was born in Trinidad, got involved and posted an instagram that described the importance of the word in Caribbean culture. She urged Jordan to change the name in her caption, writing, “I’m sure MBJ didn’t intentionally do anything he thought Caribbean ppl would find offensive— but now that you are aware, change the name & continue to flourish & prosper.”

It’s clear Jordan noticed the fallout as he has since responded.

Michael B. Jordan apologizes for offending a culture he loves and respects 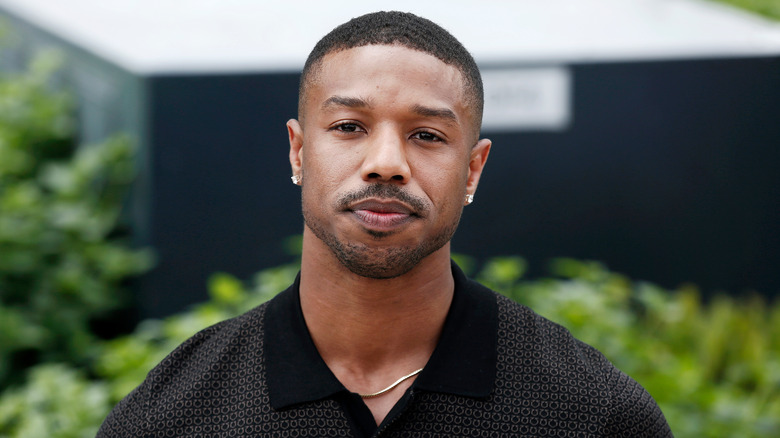 Michael B. Jordan is apologizing for using the Caribbean term “J’Ouvert” for the name of his rum. He took to his Instagram Story to respond to the backlash he received, writing, “I just wanna say on behalf of myself & my partners, our intention was never to offend or hurt a culture (we love and respect) & hoped to celebrate and shine a positive light on.” He continued, “Last few days has been a lot of listening. A lot of learning and engaging in countless community conversations.”

While most of the criticism was through social media, the Minister of Trade and Industry for Trinidad and Tobago even got involved telling Trinidad and Tobago Newsday that “the issue was of extreme concern,” adding, “as always, seek to support anything that is Trinidad but at the same time protect what is ours.” Jordan made it clear that he was making the necessary change, writing, “I hear you & want to be clear that we are in the process of renaming. We sincerely apologize & look forward to introducing a brand we can all be proud of.”

Lori Harvey’s boyfriend isn’t the first celebrity to come under fire for cultural appropriation. Model Kendall Jenner was criticized for appropriating Mexican culture to promote her tequila brand, while her sister Kim Kardashian was called out for using the Japanese word “Kimono” as the original name of her Skims line. It’s clear that before starting a business, even celebrities still need to do their research.