BBC One viewers are no strangers to seeing The Repair Shop guests left emotional by the magic Jay Blades and his co-stars work on battered and aged artefacts. Tonight was no different after Rose and her sister Linda entered the workshop with a meaningful chest which used to own to the former’s late husband, Jim. Jim’s chest was the only object he had to remember his family after they were separated during World War Two and his departure from Nazi-occupied land.

And with it meaning so much to Jim prior to his death, it bore a huge significance to Rose who used the chest as something to remember him by.

Rose explained to The Repair Shop’s Jay and Suzie Fletcher the story behind the chest: “It’s Jim’s box. Jim was my husband, he passed away 10 years ago unfortunately but this was his box.

“He kept all, what he called, his treasures and things that came from the family.”

“Tell us about Jim then,” Jay asked, leading Rose to divulge the backstory. 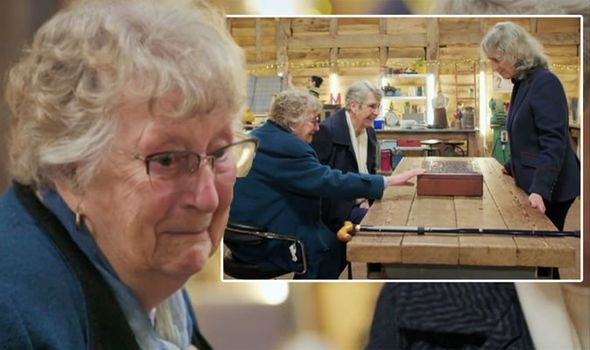 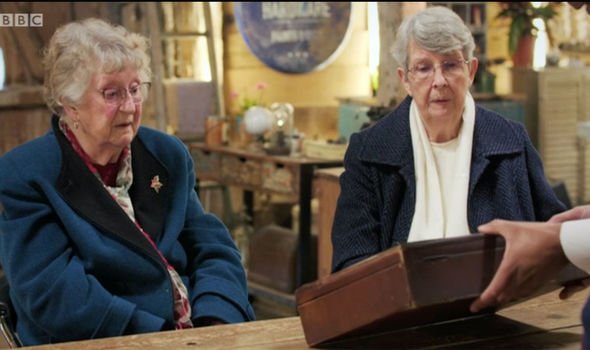 “He (Jim) came on the first Kinderstransport out of Hamburg. That was refugee transport from Nazi Germany for Jewish children.”

The narrator explained how the Kindertrasnport ran for nine months before the start of World War Two to transport children out of Nazi-occupied countries.

Rose then detailed how her late husband had come to the UK when he was 13 and was fostered by his foster parents in Northern Ireland.

Jim tragically never got to reunite with any of his family after moving to the UK as Rose explained they were taken to concentration camps and “lost in the gas chambers of Poland”. 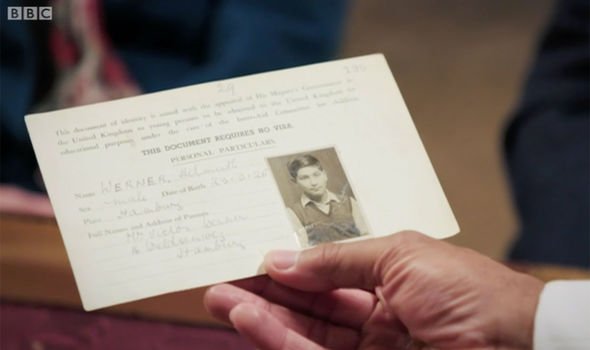 Linda then weighed in to describe Jim, branding him as a “lovely brother-in-law,” with Rose explaining they’d been married since 1947.

The box Rose had taken to Jay and Suzie was reportedly the last artefact from his family, with the BBC guest explaining: “He did treasure it because it was the only tangible thing that he had that his parents had touched. They confiscated everything the Nazis.”

Over the years, however, wear and tear had set in on the box and Rose was keen to see it restored to its former glory.

Suzie and the team did just that and when Rose came to pick up Jim’s box, she quickly found herself in tears.

“Isn’t that lovely?” Linda said to her sister as soon as Suzie showed off the box, with Rose choking up: “I can’t believe it.”

After looking inside the box, an emotional Rose continued: “I don’t believe it, I’ve never seen it look like that.

“It’s Jim,” Rose said through the tears. “While I’ve got that, I’ve always got Jim.”

The heartwarming moment left viewers at home similarly reaching for the tissues, as one said on Twitter: “Oh my goodness #TheRepairShop is making me cry. That box is so beautiful.”

A second echoed: “Today’s #therepairshop has the refurbishment of a box that belonged to a boy who came over as a Kinder transport refugee. A brilliant and moving story for #HolocaustMemorialDay. Best TV of the week, as always.”

“Totally lost it at the point she said if she had the box, she still had Jim,” added a third.

While a fourth tweeted: “#therepairshop. dammit! I still haven’t made it through an episode without getting something in my eye! #tissues.”

The Repair Shop continues Wednesday at 8pm on BBC One.