Home » TV and Movies » The Stars of 'Killing Eve' Don't Think There Can Be a Happy Ending; Maybe That's The Point

The Stars of 'Killing Eve' Don't Think There Can Be a Happy Ending; Maybe That's The Point

The main attraction to the show Killing Eve is the strong connection Sandra Oh’s Eve Polastri and Jodie Comer’s Villanelle have toward each other. And not only that, but also that their bond is so strained and tension-filled. The “cat and mouse” game from Season 1 has turned into something much deeper for both of them, but that doesn’t mean a happy ending is in the cards for the main characters. [Spoiler alert: Spoilers ahead for Killing Eve, through Season 3]. 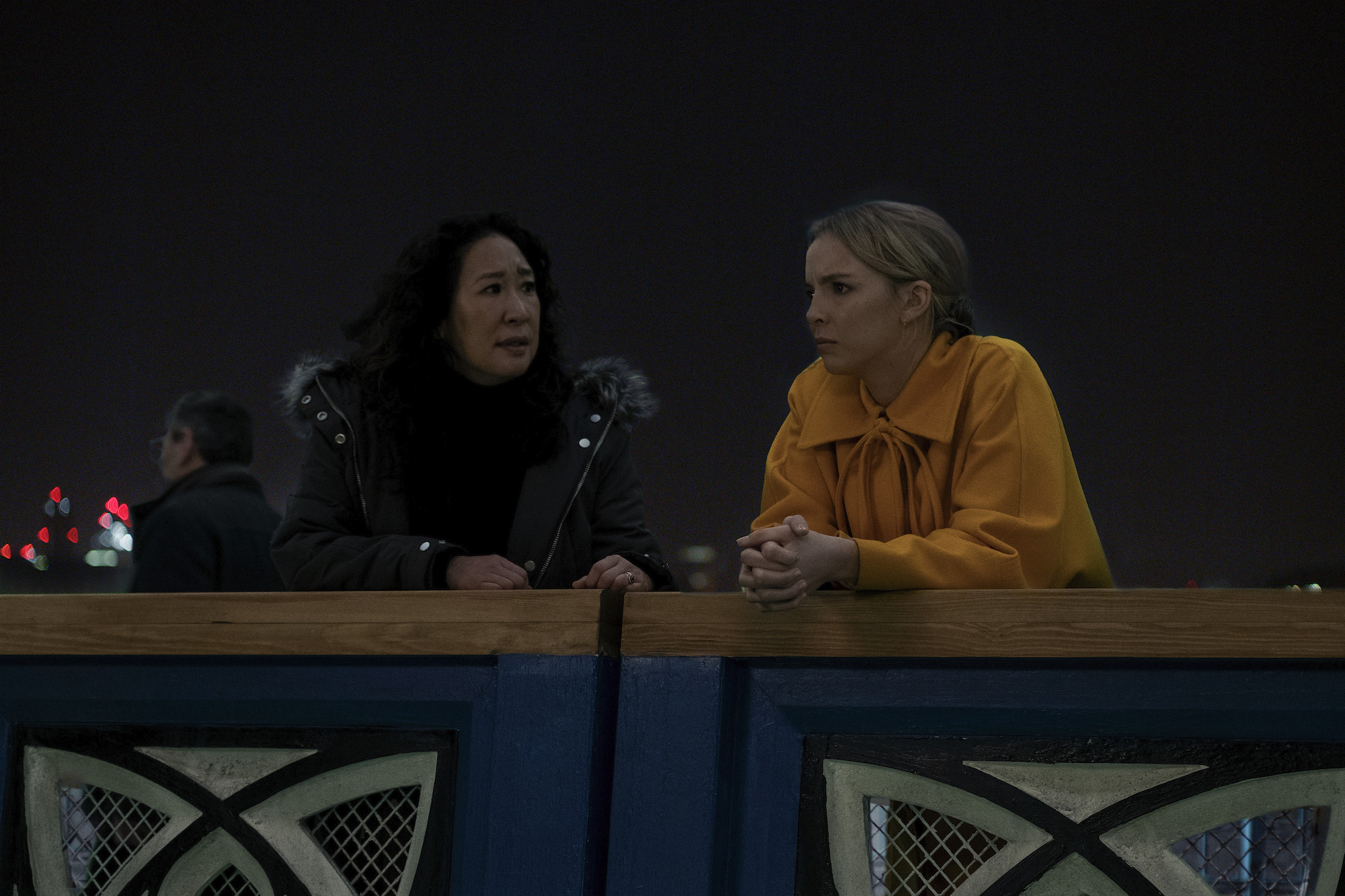 Villanelle and Eve have always had a tumultuous ‘relationship’

When fans are first introduced to the lead characters, Eve is at a stable, yet boring, job with MI5. She’s then recruited into MI6 by Carolyn due to Eve’s knowledge of female serial killers. And, of course, her fervor for Villanelle, specifically. And Villanelle is a seemingly psychopathic assassin for The Twelve who really has no issue murdering people for money. She loves the drama of dressing up and getting a kill.

The two become absolutely obsessed with the other and the tension is palpable through the screen. Whether the tension is because they’re trying to figure the other out, or straight-up sexual tension, Eve and Villanelle are glued to one another.

The end of Season 1 finished with Eve stabbing Villanelle in the gut while her guard is down. The Season 2 ending showed Villanelle shoot Eve in the back when she refused to run away with her. But Season 3 ends with the two at an impasse on a bridge, both sort of at peace with where they’ve been. Could they be getting closer to a happy ending overall? Not so fast.

For one, that Season 3 finale didn’t really hint at the two getting together. It’s completely up to the viewer’s interpretation, and it could go either way until fans get an answer in Season 4. But for Comer, the two don’t walk back to each other

RELATED: Jodie Comer Shared Her Opinion About What Happens Next on ‘Killing Eve’ and Fans Have Strong Feelings About It

However, Villanelle’s growth in this season alone is so different to the character seen in the last season’s finale. Whereas she tried to manipulate Eve into staying with her, claiming her as an object in Season 2, this Villanelle gave Eve the choice to leave. Many theorize they don’t walk away, but for Comer, she sees that as a break they might both need.

So, as for how the whole series will end, could there be a nice, domestic ending for Villanelle and Eve? Well, if you’ve been watching these characters and mesmerized by their story, the answer should be a resounding “no,” or at least a “probably not.” And the two lead actors agree.

“I’m not sure I see a true happy ending for Villanelle, because I think her own worst enemy is herself and we all know that’s impossible to get away from,” Comer told The Toronto Sun on May 29.

Even with Villanelle’s growth, and her desire to distance herself from her assassin side, she’s still Villanelle. And as Comer stated, she might not be able to overcome “her own worst enemy.”

Oh said the same thing, citing the inherent drama that the show possesses.

RELATED: Villanelle’s Relationship With Music Has Changed Throughout ‘Killing Eve’; What Does It Mean?

The gay yearning of these two women is very intense and very intriguing for the audience; it’s the whole reason the tagline around the show has to do with obsession. “Obsession never dies,” the Season 3 trailer said. So without that tension, there is no show.

As Eve told Villanelle, they’d just consume each other if they tried to live to old age together. Their passion for one another is too much to settle down and it’s what keeps them going. They might just run each other off a cliff in the end; metaphorically, but also maybe physically, too.

RELATED: Did Konstantin Set Villanelle Up To Fail By Telling Her About Her Family Being Alive on ‘Killing Eve’?

Related News:
TV and Movies
'The Crown': Jonathan Pryce Cast as Prince Phillip for Final Two Seasons
My Big Fat Fabulous Life’s Whitney claps back at body-bashing troll and snaps ‘being fat doesn’t mean I’m ugly, b***h!’
The Last Remaining Blockbuster is Available For Overnight Stays on Airbnb
ShortList 2020: 'Sticker' Puts Underdog Against Police Brutality
The one thing Kirk Cameron refuses to do when acting
Recent Posts
This website uses cookies to improve your user experience and to provide you with advertisements that are relevant to your interests. By continuing to browse the site you are agreeing to our use of cookies.Ok