“How in the hell, when you’re in a hearing against discrimination, do you somehow manage to equate justice to lynching?” the co-host asks 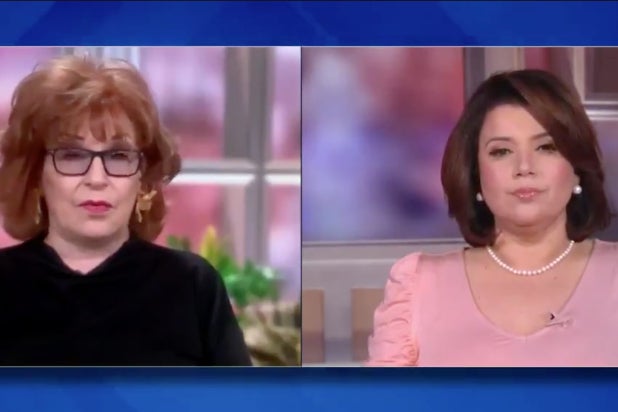 Following Rep. Chip Roy’s comments during a hearing on Asian-American discrimination where he brought up “concerns” about “policing rhetoric in a free society,” “The View” co-host Ana Navarro blasted the politician, calling his comments “a reflection of a very stupid man, who somehow turned a hearing about Anti-Asian American hate into it being about himself and Texas.”

Navarro continued to openly bash Roy, asking incredulously, “how in the hell, when you’re in a hearing against discrimination, do you somehow manage to equate justice to lynching? It’s beyond human comprehension.” She went on to skewer him further, while also mocking the fact he couldn’t even be bothered to learn how to wear his mask correctly.

“But then you think, OK. This man makes no sense, he’s truly stupid, he’s making it about himself, he’s now talking about policing rhetoric in the middle of this discrimination in this hearing after we’ve just seen eight people get killed this week and Asian discrimination and hate acts spike up all over the country. And then you realize, what can you expect form a human being who doesn’t even know where his nose is?”

“Everything about this guy is ridiculous, but I congratulate him for stealing the worst politician from Texas award from Ted Cruz this month,” Navarro said, finishing off her own rant with the ultimate dig.

Her co-hosts also weighed in on the situation, with Meghan McCain saying that, despite saying she knows and likes the Texas representative, “I’m very disappointed and also equally confused by this. I think that any glorification of lynching, whether it be in a country song or on the congressional floor is highly inappropriate and distasteful.”

“This reminded me of someone taking the mic at a wedding and congratulating every other couple in the room,” Sara Haines added.

Watch the video below.