It’s official: The Supernatural prequel series The Winchesters has found its John and Mary.

TV’s Most Uncanny Flashback Castings Ever! 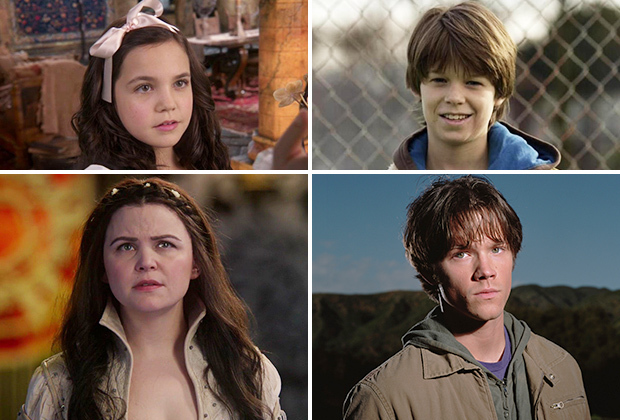 The CW announced Monday that Drake Rodger (The In Between) has been cast as John Winchester, the man who would eventually father Sam and Dean. Although a widowed hunter in the OG show, the upcoming series will feature a much younger version of the character. “Recently returned from Vietnam, the selfless and clearheaded John Winchester finds a new mission back home, where traces of his father’s past lead him to a secret organization and a whole new war as a hunter,” says the official description.

Meanwhile, Meg Donnelly (American Housewife, Z-O-M-B-I-E-S) will play the boys’ eventual mother, Mary. At 19 years old, “Mary Campbell has been fighting the forces of darkness since she was a child. After losing someone close to her, the hardened hunter considers quitting the family business — until her father’s disappearance and the arrival of newcomer John Winchester forces her to lead a new team.”

On Supernatural, Matt Cohen and Amy Gumenick portrayed John and Mary as young adults while Jeffrey Dean Morgan and Samantha Smith played the pair as grown-ups.

Told through the perspective of their eldest son, Dean Winchester (as narrated by Jensen Ackles), The Winchesters promises the “epic, untold love story of how John met Mary and how they put it all on the line to not only save their love, but the entire world.”

Supernatural’s Robbie Thompson will write and executive-produce the prospective series. Jensen Ackles and his wife Danneel Ackles will also serve as executive producers through their Chaos Machine shingle, as part of their overall deal with Warner Bros. Television.

Glen Winter, who produced the Arrowverse shows Arrow, The Flash, DC’s Legends of Tomorrow and Supergirl, will direct the pilot.

What do you think of the casting? What do you hope to see in The Winchesters? Sound off in the comments.