The Women of ‘Law & Order’ on Reuniting for Lifetime (Exclusive)

While there’s no shortage of notable alumni from the Law & Order franchise, Diane Neal, Stephanie March and Elisabeth Rohm are among the standouts for playing Assistant District Attorneys. Neal and March both appeared on Special Victims Unit as Casey Novak and Alexandra Cabot, respectively, while Rohm starred on the original series as Serena Southerlyn. Now, all three are working with Lifetime on upcoming Ripped From the Headlines original movies inspired by true events. Ahead of those films’ debuts, Neal, March and Rohm spoke with ET’s Lauren Zima about the possibility of returning to crime procedural and why they wanted to work with Lifetime.

“It’s always in the ether,” Neal says, when asked if they would ever reprise their roles in the franchise. “We never say never,” March adds, before joking that “they didn’t kill us.”

“We’re part of a family and we have, at very pivotal times in our careers, we did these shows, they changed our lives, they changed them indelibly,” Rohm goes on to explain. “So, there’s a feeling we have for being Law & Order alums. It’s very meaningful to us.”

March says that all three of them were also impacted greatly by the nature of the franchise, especially SVU, which brought attention and awareness to “sexually-based offenses” featured on the show. “I don’t think there’s one female, well, certainly not on this screen, who did not take away some of the work and then put it into action in her personal life,” she explains. “I think all three of us, and certainly Mariska [Hargitay, star of SVU], of course. The subject matter wasn’t something you could just leave at work necessarily.” 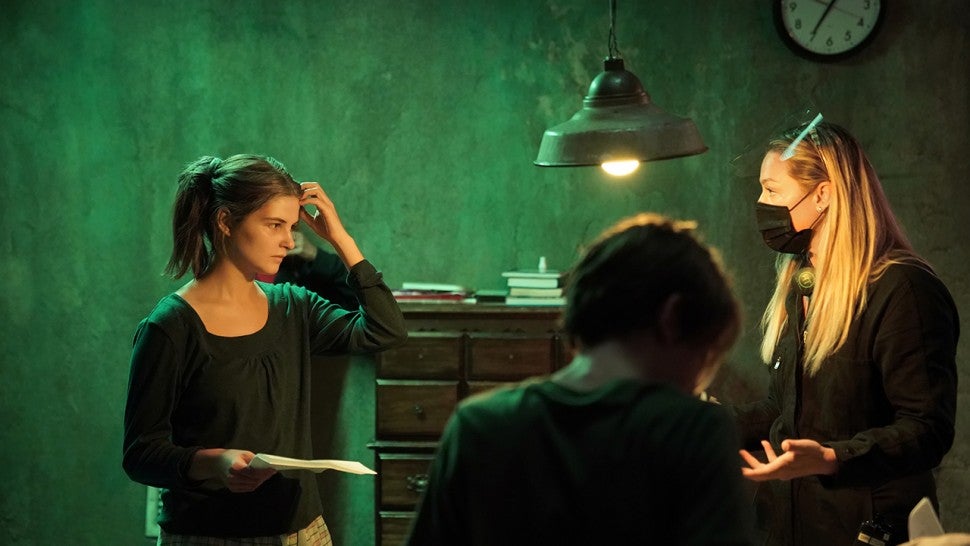 The grim nature of the franchise’s stories, which are often loosely inspired by real-life events, are not too far removed from what each of the women are tackling with their Lifetime original movies.

First up is Girl in the Basement directed by Rohm. The film tells the story of an 18-year-old girl who is imprisoned in the basement of her home by her father (played by Judd Nelson), who tries to convince his wife (Joely Fisher) that she ran away. “Girl in the Basement was very brave. Saying it’s dark is an understatement,” Rohm explains, adding, “My movie is a real call to action for sexual abuse imprisonment and incest.”

Rohm’s film is followed by Circle of Deception, starring Neal as a former beauty queen and best friend to a woman whose abusive husband is found dead the day after Christmas. “It is actually about the real-life case of the beauty queen killer,” Neal says. “It’s what happens when beauty queens go bad.” 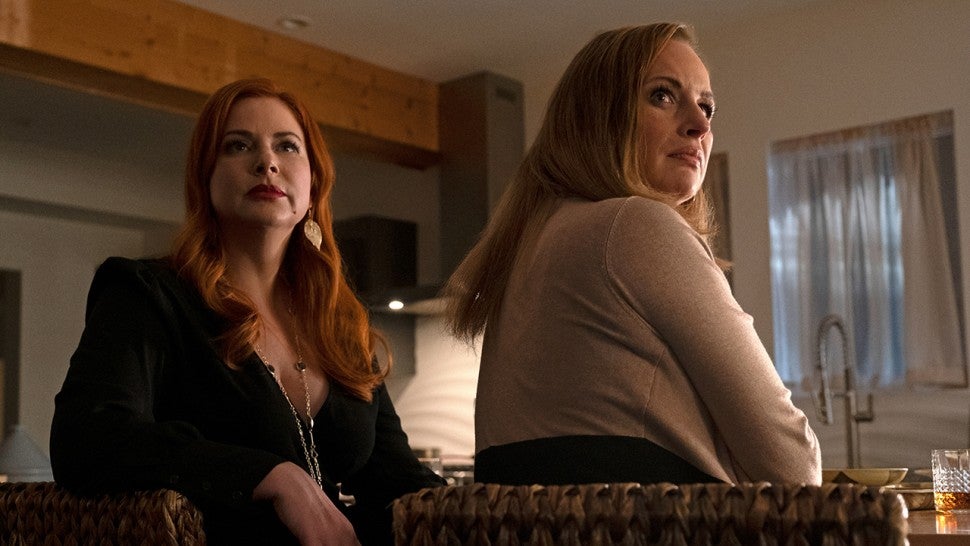 The third original movie is A House on Fire with March playing a doctor and mother who leads a picture-perfect life that turns out to be anything but. Her marriage and career are disrupted by her abuse of pills and alcohol and envy of her husband’s success. “It is an adaptation of the Ann Rule book called Bitter Harvest,” March explains. “It’s an arc of personal tragedy and mental illness.”

She adds that “it was a wonderful opportunity to play a role that I never get to play, which is sort of on the other side of what’s right. And I really appreciate the fact that Lifetime is making a move to get darker and more true and rougher around the edges with their storytelling.” 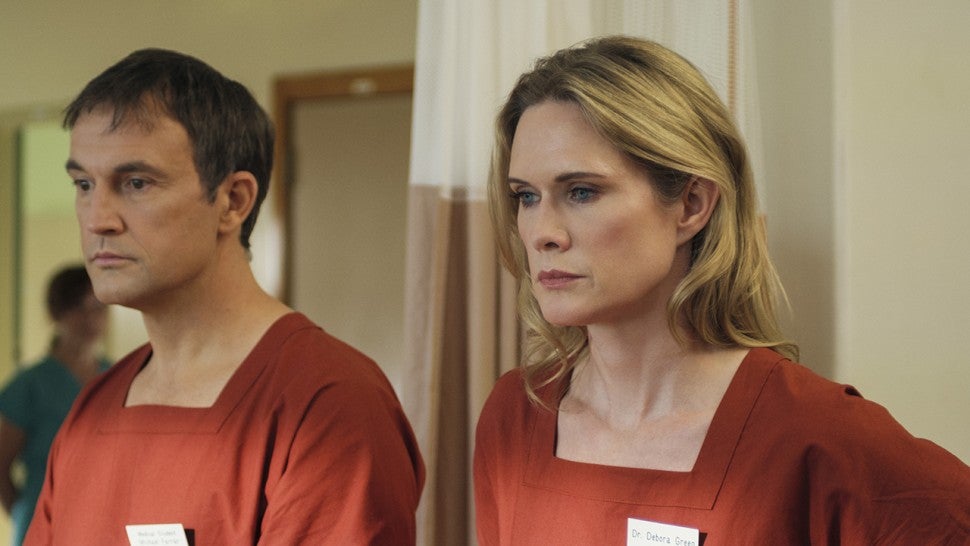 March as well as Rohm and Neal also commend Lifetime for taking on issues, such as mental illness and sexual abuse, in a way that also promotes awareness and gives its audiences the access to support if they need it.

“Lifetime is really also committed to helping women and people in abusive situations become empowered and heroic in their own lives,” Rohm says. “Lifetime has become incredibly brave in their programming.”

Neal adds, “They’re on the cutting edge and they’re so supportive of women.”

And when it comes to telling these stories, all three echoed the same sentiment: “Cathartic.”

All three films premiere on back-to-back Saturdays at 8 p.m. ET/PT, starting with Girl in the Basement on Feb. 27, then Circle of Deception on March 6 and A House on Fire on March 13.